Speak with anyone who has ever visited the Michael C. Rockefeller Wing at the Metropolitan Museum of Art, and they’ll tell you that the 18-foot-tall poles at the center of its cavernous hall, collected from New Guinea by the long-lost Rockefeller heir the wing is named for, are by far some of the most powerful objects in the museum’s collections. Carved from mangrove trees, they feature stacked ancestral figures that embody the spirits of the dead.

Four of the bis poles on display today were bought by Michael Rockefeller in 1961 in the Indonesian village of Omadesep.

Michael’s father, Nelson Rockefeller, founded the Museum of Primitive Art in 1954 in a townhouse on West 54th Street to house his sizable collection of over 3,000 works of non-Western Art, many of them collected by his son, who disappeared in the region in 1961. In 1969, the Met acquired the complete collection in a landmark transfer.

Nancy Lutkehaus, professor of anthropology and political science at the University of Southern California, is exploring the museum’s decision to acquire Primitive Art in a new book she’s researching titled The Met Goes Primitive: Postwar America, Cultural Politics, and the Creation of the Rockefeller Wing of the Metropolitan Museum of Art.

According to Ms. Lutkehaus, the Met’s decision to display the material was both political and radical for its time. The inclusion of “primitive art” into the major institution’s holdings marked an important turning point for arts institutions, and elevated works previously classified as artifacts to the status of art objects. By and large, that entire region of the world hadn’t been showcased in world museums as art prior to his gift.

“When an encyclopedic museum like the Met finally decides to incorporate non-Western art, it is making a statement saying this art is as important as Greek statues and the Impressionists,” said Ms. Lutkehaus.

In an interview with USC News, Ms. Lutkehaus explained that non-Western art had been appreciated in Europe well-before it was in America. She attributes the shift in perspective to the exposure of GIs during World War II to Pacific nations’ cultures and the Civil Rights Movement.

“Nelson Rockefeller was very interested in the role that art could play in cultural politics,” she said.

Following Rockefeller’s announcement that he would transfer his collections to the Met in 1969, trustees voted to build the Michael C. Rockefeller Wing, which features 40,000-square-feet of exhibition space on the south side of the museum. It opened to the public in 1982.

Today, the museum’s “primitive art” can be found there, though it is no longer referred to as such. Instead, it’s classified by region within the Department of the Arts of Africa, Oceania, and the Americas, which includes over 11,000 works of art, made between 3,000 BC and the present. 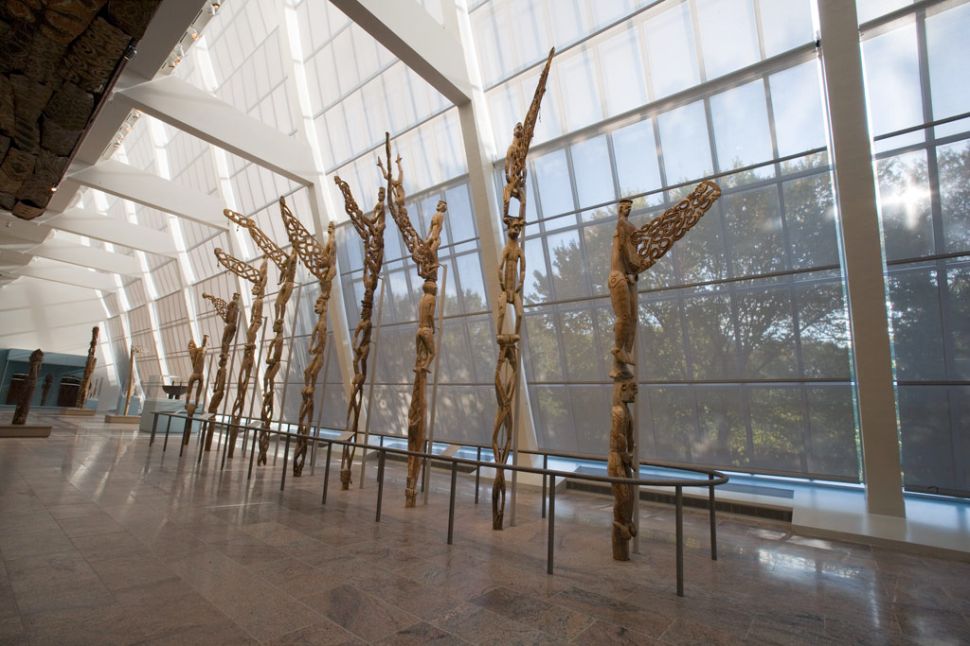