Getting there isn’t simple, but the CEO and cofounder of Biolite, Jonathan Cedar, argues that a mission-driven business can scale in a way that not-for-profit organizations don’t. In fact, he says he’s seen the foundation funders’ thinking shift from a stance where staff wouldn’t consider backing for-profit operations to preferring them.

The Observer met with Mr. Cedar in his company’s Dumbo office to talk about how it is accelerating the business’s growth and how it will foster change as it scales.

BioLite has one core product it sells in a few forms: stoves that use fuels like wood but burn much hotter and with less smoke than traditional fires, as well as converting excess heat into useable electricity. We posted a conversation with him about his company’s expanding product line Friday. That desire to expand into more products was one of the reasons the company recently closed a new round of funding.

The other reason was to accelerate its entrance into more developing world markets with its electricity-generating wood-burning stove.

Its developed/developing world parallel strategy enabled it to attain profitability in its first year of operation, but rather than grow organically as its margins allowed, it opted for a $5 million Series B round, selling $3.5 million in equity, led by the Acumen Fund, with $1.5 million in financing and grants, primarily from Deutsche Bank and USAID.  The round was announced at the end of June.

Acumen invests in businesses that address global poverty. It has already backed several hardware ventures that provide energy in the developing world. Biolite also brought in funding from the internal venture fund at Clif Bars, another mission-oriented company, according to Mr. Cedar.

The interview has been edited for length and clarity.

Why did BioLite want to pursue venture funding?

Jonathan Cedar: So, basically, right out of the gate, our products kind of took off like a rocket ship, which was phenomenal. From the moment we started selling product in 2012 we were profitable, which is a very unusual experience, especially for a hardware startup. The pace we saw we could grow organically, we wanted to accelerate that so we could participate in these other verticals like power storage and lighting.

So we wanted, for example, to look into ways we could really deliver off-grid lighting. We started working on that expansion in 2014. In addition, in 2014, we launched the HomeStove in India, Uganda and Ghana.

Coming out of 2014 it appeared the answer was yes.

‘Carbon is not priced in the market today and therefore it’s not really controlled, and we think that’s a problem we’re all going to pay for.’

So coming into 2015 we found that through these proven paths of category expansions and growing into additional markets with the home stove, we would be able to deploy growth capital in a really strategic and effective way.

Another partner that’s been helpful for helping us to grow has been the Global Alliance for Clean Cookstoves, which has argued for value-added tax and duty reductions for clean energy products.

Which connects in to support from the philanthropic community. For a long time, philanthropy said if you aren’t a 501(c)(3) we aren’t interested in you, but now they’ve seen that charities really haven’t brought change to scale in the way for-profit ventures have.

Now we see foundations saying we don’t fund not-for-profits. We want to see that we can give you $1 and see you turn that into $10 worth of value in the market.

As Biolite launched in three countries in the developing world, it was working in Uganda to lower the cost of its stoves through carbon credits. What’s the status of that effort?

JC: It’s stuff that we’re still working on. Carbon is not priced in the market today and therefore it’s not really controlled, and we think that’s a problem we’re all going to pay for. This fall we’re going to announce some innovative tools Biolite is using to control our own carbon footprint.

We’ve been able to quantitatively measure our carbon reductions, so we’ve proven that these devices do reduce CO2 and black carbon.

How do we take the fact that our stoves are effective at reducing CO2 and use that as an opportunity to put more stoves in more people’s hands?

What developing world markets are you looking at heading to next?

JC: This fall, we opened up Kenya, and we have two new partners there, which, for us, are very interesting because they are both consumer finance enabled. So we will be able to sell our stoves along with time-based payments, where, as an example, a customer might put 20 percent down and pay the rest off over a year.

We are also doing that now in India and we will be doing that in Uganda. We figured out we can sell stoves—just cash and carry—but we found that with financing the addressable market expands. So this is a way for us to accelerate growth.

Does BioLite see its growth driven primarily by new markets or new products?

JC: It’s both. Ultimately what Biolite is trying to do is reenvision the energy grid at a personal scale. Today, we’re able to help you cook, charge and light your life. Tomorrow, we hope we can also help you refrigerate and have clean . There’s a lot of products that we envision but haven’t had the time or energy to work on.

Especially in the emerging markets, the real challenge is how do we bring the solutions we already have to hundreds of millions of customers. On that side, I think our growth is going to come through expanded distribution.

What percentage of BioLite’s revenue is from the CampStove’s recreational market and its auxiliary products? And what percent comes from the HomeStove in emerging markets?

Sometimes I hear the story of BioLite and it seems like it was simply a camping company that discovered the problem of cooking in the developing world.

JC: There was a period of time in which there was inspiration to work on off-grid energy, the phase where we thought wouldn’t it be cool if we could make a more efficient camping stove that could charge your cell phone, and then there’s the period of time that we became a company. In 2006, we had the idea, because we were both campers [Note: Mr. Cedar cofounded the company with Alec Drummond, its Chief Technical Officer]. It was another year or two after that that we really came to appreciate the need for advanced clean combustion in emerging markets.

By the time I left my job as a designer at a big consultancy in 2009, that pairing was really motivating. The idea really came out of the camping market, but from the moment we started working on this as a company it was in service to this mission of parallel innovation.

I spent two years before we raised capital trying to convince investors that this idea of making advanced hardware in emerging markets was a viable concept. 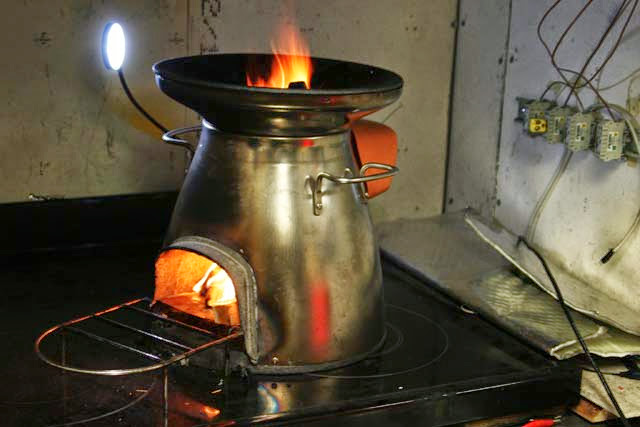