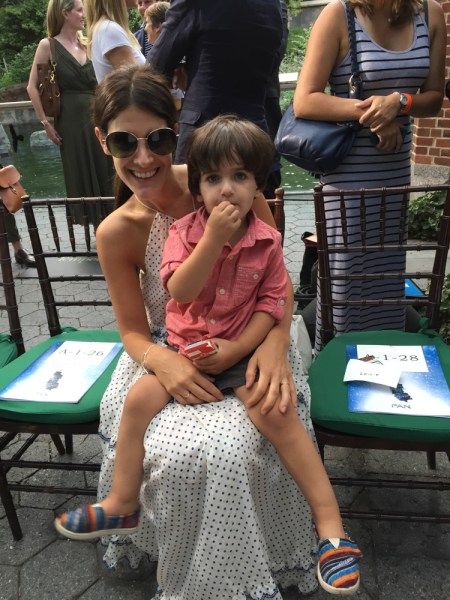 The author and her son (Photo: Caroline Tell/Observer)

When I was in my early 20s, and children were as common to my life as aliens on Mars, I would occasionally see an older fashion editor tote her young tot to a show during New York Fashion Week. I remember thinking it was sweet, as though this mother wanted to introduce her kids to her work, or share with them her love of fashion.

Now that I have a small child, I recall these sentiments and laugh. Because I now know that these women wanted nothing to do with bringing their kids to a show. What probably happened was that it was a weekend; they couldn’t find a babysitter and were left to figure it out. Or even worse, they figured that, like Kanye West and Kim Kardashian West, having a toddler sit front row is the ultimate fashion accessory. But did anyone else hear North West wailing at the Alexander Wang show last season? I did. Because if anything pleasures children less, it’s sitting still for 20 minutes while a woman walks a long, straight line over and over again to deafening music.

So when my editor suggested I take my son Leo to the Polo Ralph Lauren children’s fashion show at the Central Park Zoo, I panicked. Wait, what? Are you sure? ARE. YOU. SURE? She assured me, yes, it was a family-friendly event and that yes, there would be loads of wee ones. So I packed some snacks and braced myself. You see, I don’t have one of those children who can… oh what’s the word… sit. I have a highly playful, highly curious 2-year-old. I could just see him wiggling off my lap, darting onto the runway and high-fiving Ralph Lauren as he took his final lap, all the while cringing in agony as the moment is captured forever on various Instagram feeds and BFA.com. #toddlershowcrasher 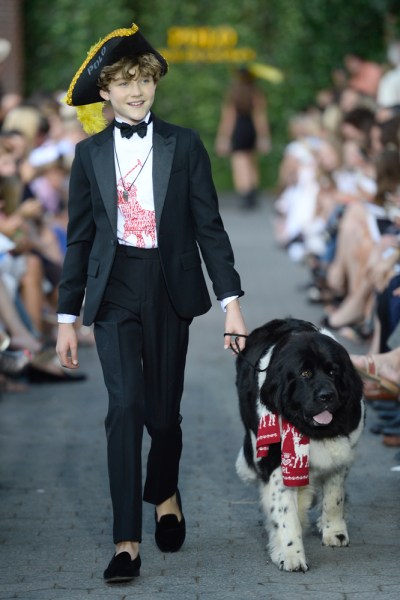 A model and his dog walk at the Fashion Show (Photo: Getty Images)

But when I arrived to the fantastical land of “Pan” set amidst the backdrop of sea lions, parrots and tropical creatures, my fears were placated. What the brand created was a children’s paradise, complete with candy, grilled cheese, props, animals and giant screens blasting the trailer for the newest installment of the Peter Pan story on loop. I watched as fellow mothers wrangled their children for photo ops, or so they could take just one sip of wine, before chasing them through the Tropic Zone on teetering platform heels.

Once the show started, I fastened my boy to my lap and had his sippy cup, a box of raisins and, most importantly, my iPhone handy. For a while, he was enthralled by the beautiful children walking the runway including “Pan” star Levi Miller, teen sensation Maddie Ziegler and Rachel Zoe’s son Skyler Berman. The collection featured Polo favorites: herringbone sweaters, blazers layered over hooded sweatshirts, the perfect riding boots, toggle jackets and sweet black velvet dresses with plaid accents, all echoing the brand’s classic prep-school vision. Though this collection seemed even more fun, more colorful and more darling, given that it was worn by delightful children, all perfectly spruced up with that fresh, “I will stay this clean and smart for 10 minutes” look. As Taylor Swift songs provided the perfect backdrop to the celebration, I was able to loosen up for the first time all night and enjoy the moment. 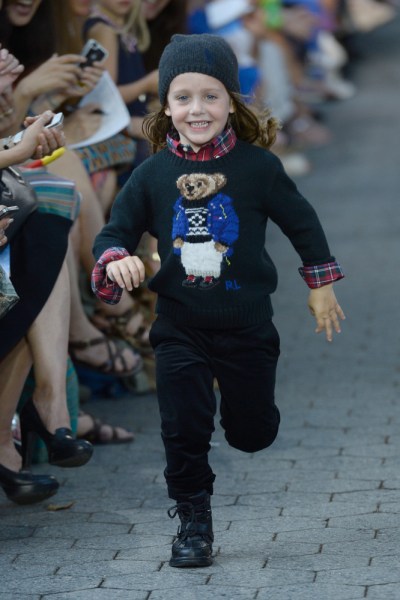 Perhaps this wasn’t such a bad idea. After all, the brand made every effort to engage its pint-sized guests and the show was largely for them. Marc Jacobs, this was not. It was a children’s fashion show. But regardless, my few moments of calm wouldn’t last. I could feel Leo growing anxious. He started asking where the animals were and grew frustrated at my failed attempts to dial up his favorite puzzle game on my phone. Finally, as young Mr. Miller closed the show in a black tuxedo, walking the “Pan” dog on a leash, I exhaled. It was over. We did it. I let Leo stand up in front of me as he waved at all the children circling the runway one last time. No I won’t be taking him to New York Fashion Week anytime soon. But it was a memorable evening, and a special one at that. 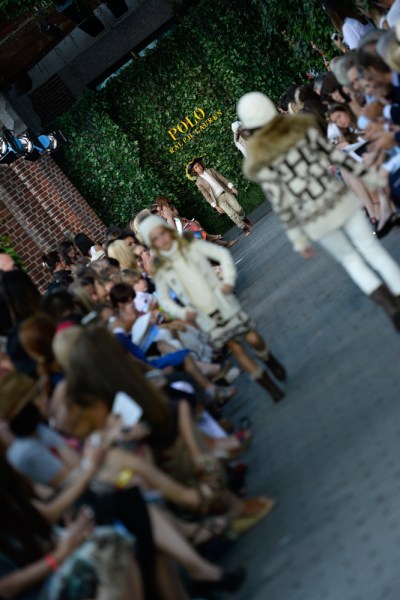 As the crowd made its way toward the post-show party, I scooped my child up and darted for the exit. It was bedtime, for both him and me. 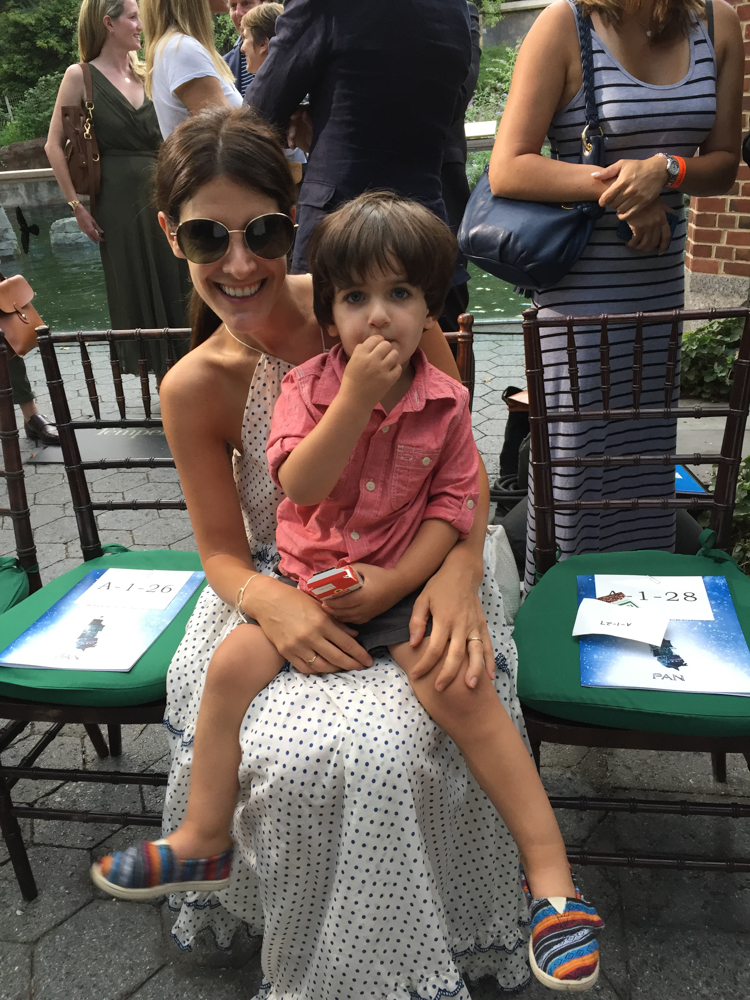