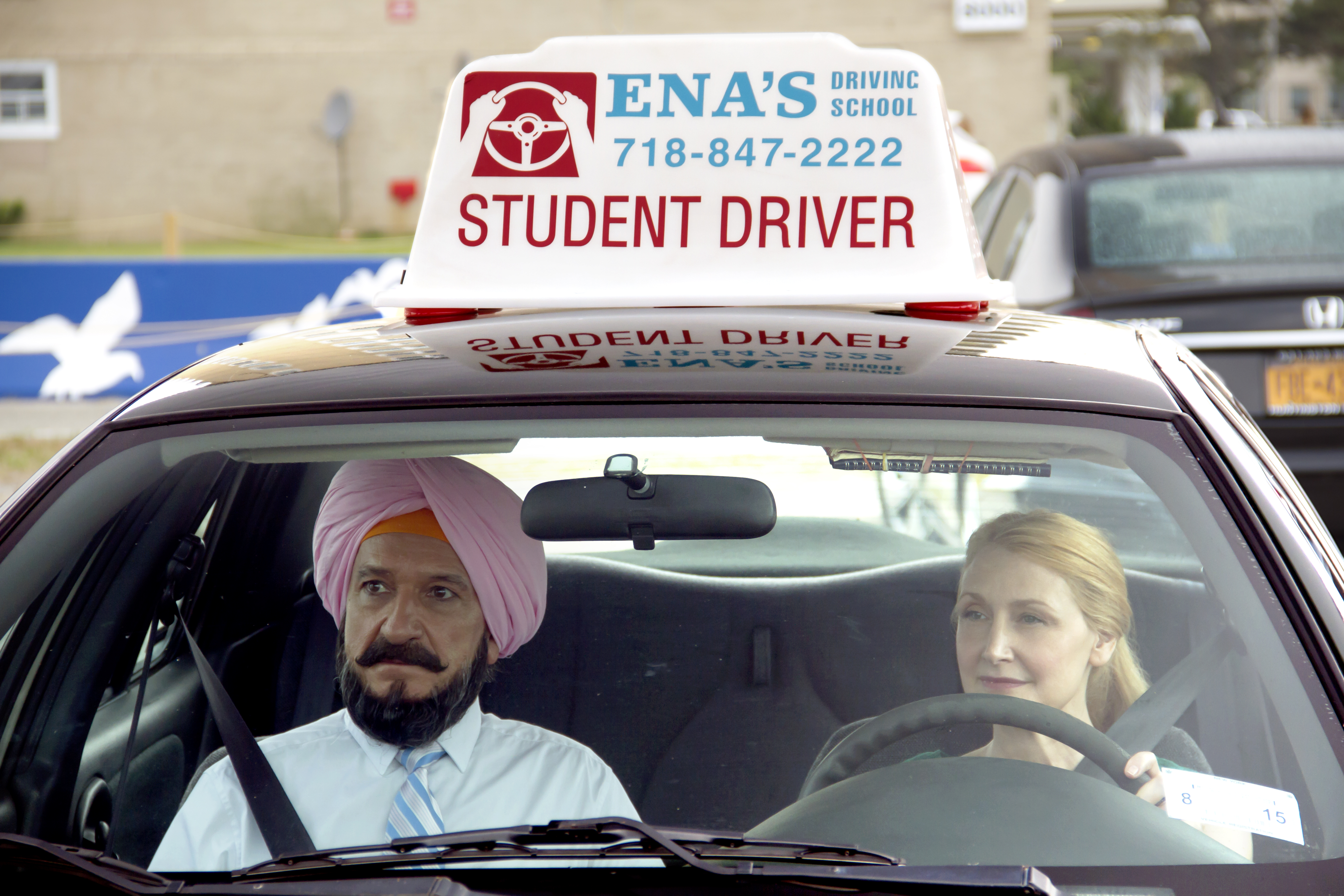 Ben Kingsley and Patricia Clarkson in Learning to Drive.

Nuanced and subtle, Learning to Drive is a tender example of how two humane, intelligent polar opposites from totally divergent walks of life can achieve intimate friendship through understanding, honesty and compassion. Aided by a careful screenplay by Sarah Kernochan, Spanish director Isabel Coixet, a great favorite among film festival fans and art house critics, guides two wonderful actors—Patricia Clarkson and Ben Kingsley—to glory in this delicate, moving and funny culture collision of feelings, words and sweetly observed emotions that proves when it comes to relationships, it doesn’t matter where you come from. Sometimes, in a melting pot like New York, if you make an effort to communicate, you might discover that the less we all understand about each other, the more alike we are.

Ben Kingsley, using the same accent that helped win him an Oscar in Gandhi, plays Darwan, an honest, hard-working immigrant from India who is proud of his new U.S. citizenship and determined to prove himself worthy of his passport despite the fact that his turban still unfairly subjects him to racial profiling in the streets of New York. Holding down two demanding jobs as a driving instructor by day and a cab driver by night, Darwan lives in a crowded apartment in Queens with other immigrants he is trying to help, including his nephew, who is illegal and always one foot ahead of the police.

Driving a taxi all night is a welcome escape from the problems that surround him, but in the big city he does what we all do: seek a diversion and you end up substituting one kind of problem for another. One night in his rearview mirror, Darwan witnesses a loud argument that turns physical, between a distraught wife (Patricia Clarkson) and her husband (Jake Weber), who is dumping her after 21 years of marriage for a younger woman. The resulting torrent of hysterics moves Darwan so much that he takes her home to her ritzy brownstone alone, refusing to accept money for the meter.

If you can believe that a New York cab driver would tell a passenger “The fare’s on me,” then you might also accept the fact that Darwan shows up the next day and offers the lady free driving lessons. If you do, then you are in for the very pleasant hour and a half that follows.

The woman Ms. Clarkson plays so superbly is Wendy Shields, a successful, well-heeled book critic-editor who is suddenly forced to downsize from her comfortable home on Manhattan’s Upper West Side to a smaller, cramped lifestyle, and review her options. Alone, despondent and sleeping the day away, she doesn’t know what to do. She would leave the city and drive up to Vermont to visit the daughter she’s always taken for granted but she doesn’t have a driver’s license.

Reluctantly, she succumbs to the urging of a complete stranger, and a series of frustrating mishaps behind the wheel ensue as Wendy begins a new life. From the challenge of shifting gears in traffic to the perils of parallel parking, she finds the strength to relax with her instructor’s unshakable patience. She also learns tolerance for the customs and rules of another person’s culture.

Gradually, as Darwan confides in her about his own awkward insecurity in an arranged wedding to a woman from India he has never met, a cautious trust evolves. While this starchy Manhattan matron is ending her tenure and experience with marriage, the foreigner who is giving her driving lessons is just beginning his. The parallels with which they share and overcome their hurdles force them to change lanes, in traffic and in life.

Thanks to a beautifully calibrated script and rapturous performances by the two stars, Learning to Drive collates the confusion of an immigrant man with the trepidation and the depression of a divorced American woman—all based on the mutual compatibility of two decent people in a violently changing world. Intercutting Wendy’s ungainly attempts to rejoin the dating market, thanks to the interference of her sister, a matron who lives in Greenwich, with Darwan’s adjustment to his own arranged marriage to a woman who is lost in a hostile new country (great, understated work by the distinguished Indian actress Sarita Choudhury), Learning to Drive takes its time developing characters, which is its major strength.

The keenly observed patterns of behavior and the witty, intimate dialogue pay off. The movie probes the lives of people you see every day but never bother to notice until it makes you feel you’ve missed a lot by not knowing them better. I guess the major achievement of this extraordinary film is the way it suggests every life has value if you just take the time to look. 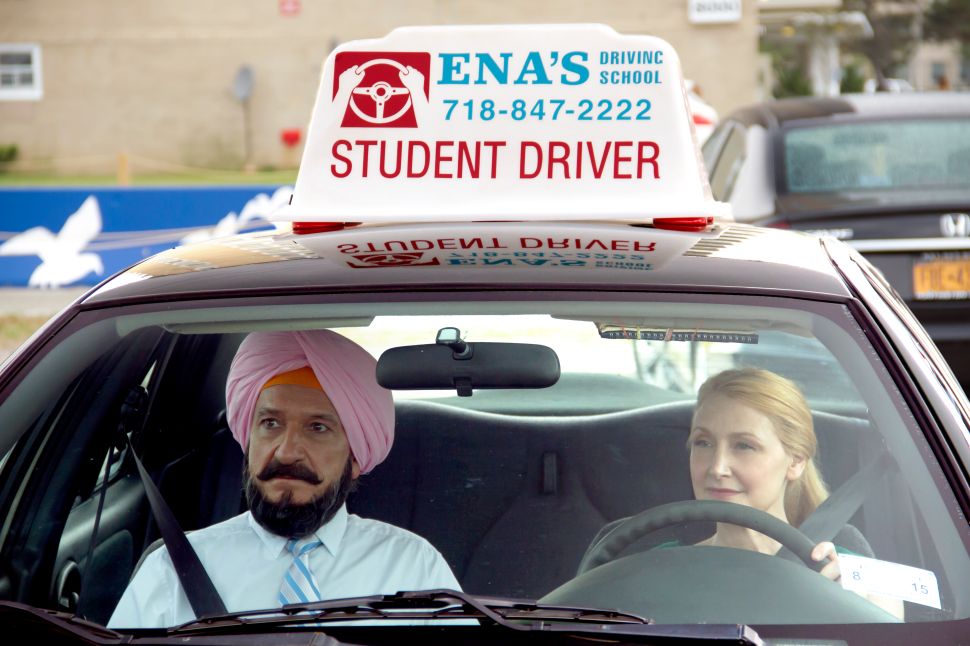