Within real estate circles, at least, the foreign billionaire buyer has in recent years attained the status of a New York City trope, joining the ranks of classic Gotham icons like the Irish cop or Greek diner owner.

But what of the perhaps equally well-heeled but more commitment-adverse counterpart: the ultra-wealthy foreign renter? Does the international client also hold outsized sway when it comes to luxury leases?

“Absolutely,” Corcoran broker Tara King-Brown told the Observer. “I would say that the majority of renters in this [luxury rental] category are coming from outside New York.”

Ms. King-Brown currently represents a $35,000-a-month four-bedroom at 225 West 86th Street where, she told the Observer, much of the interest thus far has come from overseas.

“We’ve had very few domestic [inquiries],” she said. Instead, she noted, the property has drawn a stream of potential renters from the world’s financial capitals. “Hong Kong, Singapore, Paris, London, Tokyo—those I find are very large markets for luxury rentals in New York.”

“How many people are willing to spend millions and millions of dollars on a rental property?” Ms. King-Brown asked. “There definitely is a market with that [kind of money] but it’s a relatively small pool of people, and so the international door needs to be open in order to fill these rentals.”

Nest Seekers International broker Katherine Salyi has noticed a similar pattern with her $40,000 two-bedroom rental listing at much buzzed-about condo building One57.

“Everyone I’ve shown it to has been foreign except for one person,” she said. “There is a huge foreign market, especially on the high-end, luxury side.”

This international renter pool is of a somewhat different composition than the billionaire buyers club that has taken the city by storm, though, said Zachary Elias, listings manager at DJK Residential.

The latter, he noted, is typically interested in New York real estate primarily as an investment or a vehicle for moving money out of their home country. The former, on the other hand, is essentially globetrotting ballers with cash to spare.

“It’s not the investment crowd, it’s the liquid money crowd,” Mr. Elias said. “It’s, ‘I’m good with $20,000 a month indefinitely, and it’s easier than home ownership.’ You do one, two years, and then you give it up when you’re done and say,
‘I’m going back home, goodbye.’ ”

Many of these high-end foreign renters have been transferred to New York for work, said Stribling broker Beatrice Ducrot, and may not know just how long they’ll be staying.

“If they’re here for just one year, two years, three years, it doesn’t really pay for them to buy, so they prefer to rent,” she said, conjuring (in this reporter’s mind at any rate) the delightful vision of a Parisian banker plugging numbers into a rent-versus-own calculator to decide if he should lease that $500,000-a-month apartment at The Pierre or just buy a place instead.

Although, noted Ms. Salyi, at least in the case of One57, she’s seen considerable overlap between the international buyer and renter crowds.

She agreed with Mr. Elias that the international renter and buyer classes approach the market with different mindsets, but, she added, in her experience it’s not uncommon for foreign luxury renters to become buyers down the road.

“I think this renter is probably going to [buy] in the future, but for the first six months to a year they really want to get a sense of how things work,” she said. “I think it’s a baby step towards making that purchase.”

And they typically prefer to take those baby steps while ensconced in full-service, hotel-style amenity buildings, Ms. King-Brown said.

“What I’m finding is they are really steering towards fully furnished, turnkey properties with all the concierge services over, say, just a rental on Park Avenue that might offer the same size but might not offer the same services and amenities,” she said.

This is a change from years past, said Ms. Ducrot, when her foreign renters were more commonly attracted to properties with what she called “old world charm.”

“Today everyone loves new and modern with amenities,” she said. “The pools and the gyms and the bike rooms are very interesting and amusing to them, because they don’t have them [back home],” she said.

Townhouses remain attractive from a paperwork point of view, though, Ms. Ducrot said, noting that co-ops are essentially a non-starter for foreign renters and even condos can require “pretty voluminous” board approval packages these days.

One way to get around this, of course, is the time-honored approach of throwing money at the problem. Forking over six months or a year’s rent upfront can smooth the process of board approval, noted Ms. Salyi.

In terms of location, the same spots that attract the international buyer crowd are also big draws for the renter market, Ms. King-Brown said. “They want to be in locations that offer the best of the best in terms of restaurants and elite social and business destinations. So the lower half of the Upper West and Upper East Side as well as midtown and just south of Central Park.”

And, with regard to the Continental crowd in particular, proximity to the Lycée Français private school at 75th and York is a big plus, said Ms. Ducrot. “So if they have kids, the Upper East Side is still pretty fashionable for them.”

Aptsandlofts.com broker Angel Guzman has seen this firsthand. He represents properties at rental building 245 East 80th Street where, he said, the $11,000-a-month three-bedrooms are drawing a strong interest from French families sending their kids to the Lycée.

“We’re seeing some of the higher-ups from Société Générale and BNP Paribas coming in to look at our building,” he said. “I’ve shown apartments to a handful of [French clients], which is a lot, because it’s not like you have renters coming in all day long looking at $11,000 three-bedrooms.” 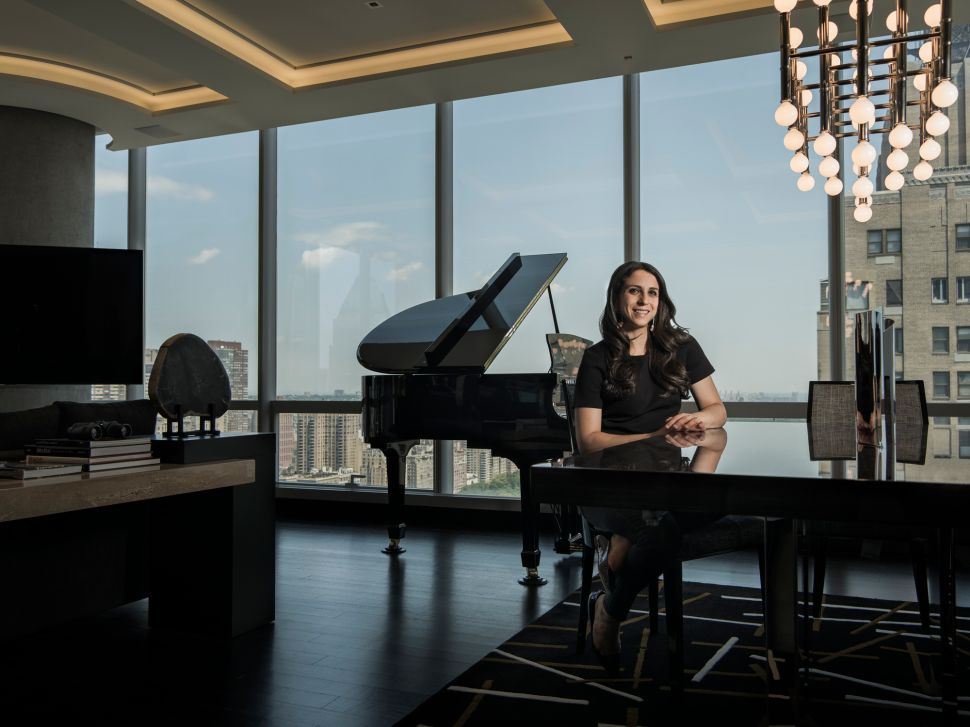