I had a disturbing moment with my Android phone that helped make tangible our fears about privacy and the mobile web. I swiped over to my Google Now page one evening (if you aren’t an Android user, that is a screen on the phone where Google gives you information you didn’t know you wanted, like news articles about stuff you’ve searched for and the weather where you’re standing), and I found a map at the top of the screen. The map said, “Should we keep track of travel times to this location?” Perplexed, I looked at where the pin fell on the little thumbnail image of a bit of Brooklyn’s streets and realized—to my horror—that it was right in front of the home of the woman I had kinda, sorta been seeing recently.

Android devices keep track of your movements as you travel about a city. If you start showing up at a place on a regular basis, Google Now starts automatically telling you how long it will take to get there when it thinks you might be going. Have a regular Dodge Ball game on Mondays at 7? You can bet that Google Now will start showing you travel times to the game site at 6.

A modest proposal for online daters: the one-shot date

I had walked the woman whose home got pinned back to her place several times. Now I know we weren’t alone as it might have seemed. Google was watching. It made me think: could dating apps that use geolocation be tracking users to assess whether or not their services are working?

It brought to mind something one of OkCupid’s founders, Christian Rudder, had spoken about after a Greenpoint reading from his then new book Dataclysm a while back. During the Q&A, an audience member asked what OkCupid’s metric of success was. Mr. Rudder confessed it’s really hard. People exchange numbers and go off app and then, he said, they have no clue what happens. Basically, the company calls it a success if someone writes twice and someone else replies twice.

But OKCupid arose before the mobile web. What about other sites like Tinder, Hinge and The Grade that are native to smart phones and make users’ location integral to their functionality?

Theoretically, the incident with Google made me realize, if a site were pinging a user’s location in an ongoing way, it could actually see it if, for example, two of its users were suddenly spending time in close proximity to each other repeatedly. GPS isn’t precise enough to know for certain that they are gazing into each other’s eyes across the same table, but if two people who’d exchanged a few messages in the app subsequently started appearing near each other, a startup would have a statistically signficant indicator that the site had scored a win, right?

Which would help to make the case for investors and sponsors, both of whom might like to know that the company is closing IRL connections.

Yet, the strength of any romantic app is largely based on its number of users, as a HowAboutWe founder has pointed out. So one might think that getting people off the app would be bad, but that’s shortsighted, for two reasons:

First, if people find someone through an app, they will tell their friends and thereby recruit new users.

Second, all love is doomed. If two people find each other with an app then that means they’ll be back when what’s new becomes old, as it must.

These services play the long game. Nevertheless, even though there are good reasons to track encounters to make the case for a service’s utility, it turns out that the newer, mobile-first dating companies that the Observer contacted are not using GPS permissions that way.

Tinder, for example, only pings your location when you have the app open (including if you leave it on in the background). It keeps the data about its most recent ping, and throws out the previous record. So Tinder doesn’t actually know where you’ve been over time. It only knows the last place you were at. Since, hopefully, neither of you are swiping when you meet up (seriously, people), then it’s not going to know when you get together. At least not reliably.

Hinge doesn’t actually use GPS. It just uses whatever location users give it when they set up their profile.

The Grade uses GPS, but it also doesn’t hold onto those records, according to a spokesperson.

So the companies in the business of love aren’t watching aspiring Romeos and Juliets, but Google is. At least, it was watching this one. My mobile probably knew it wasn’t going to work out before I did, as well.

Now, that’s a push notification that I could have used. 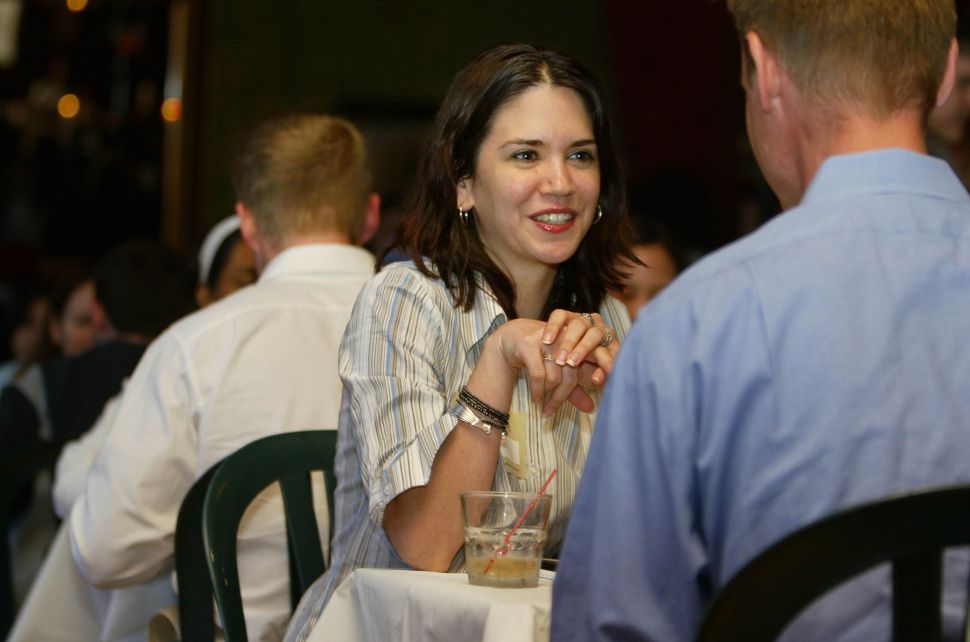