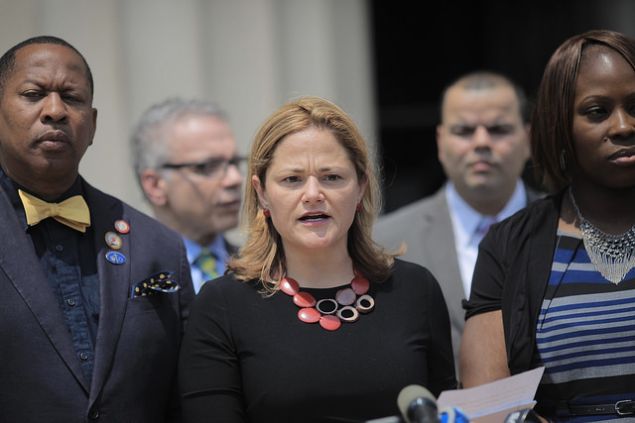 Continuing her assault on national Republicans, Council Speaker Melissa Mark-Viverito declared yesterday that the use of the term “anchor baby” is nothing short of “despicable.”

Ms. Mark-Viverito, a liberal Democrat and native of Puerto Rico, attacked former Florida Gov. Jeb Bush and Donald Trump, two top presidential contenders, for their usage of the phrase, and said criticism of immigrants arises from an anxiety over the growth of the nonwhite population in America.

“This is a term that has been thrown around in the past. To me it’s despicable that it’s being used,” she said in a interview with the Observer. “We’re talking about U.S. citizens. Obviously it’s mean-spirited and has no place in our discourse. This is what happens when the GOP allows Donald Trump to define their agenda.”

The term “anchor baby” refers to children born to foreign nationals on American soil who are made American citizens with the potential to gain legal status for their families. To many Latinos, it’s regarded as a racial slur.

Mr. Trump, the billionaire real estate developer, enraged many liberals and Latinos when he used the phrase to argue that children of immigrants shouldn’t have automatic U.S. citizenship. Mr. Bush, who speaks Spanish and supports immigration reform, landed himself in hot water this week when he said his own criticism of birthright citizenship is “more related to Asian people coming into our country having children in that organized effort.” (Two Asian-American congresswomen, Grace Meng and Judy Chu, tore into Mr. Bush yesterday.)

Like Mayor Bill de Blasio, Ms. Mark-Viverito has been trying to make her mark on the national stage, calling out Republicans who are critical of immigration reform and other progressive issues. She told the Observer several weeks ago that the first televised Republican debate was going to be a “train wreck” and the Democratic National Committee has said they want to use her as a surrogate–unlike the New York City mayor.

Yesterday, she worried that Republicans were being “emboldened” to use increasingly “vile” rhetoric, especially as Mr. Trump continues to surge in the polls. “It’s not a world I want to live in,” she said.

“People are always looking for scapegoats,” she added. “Vulnerable communities are easy to pick on.”

She wouldn’t say that everyone who throws around the phrase “anchor baby” is a racist, but she argued hostility toward immigrants, many of them Latino, is generated by fears that the United States is forecasted to become a majority minority country over the course of this century.

Ms. Mark-Viverito said that, in the long run, the Republican Party would suffer for continuing to be hostile toward undocumented (and documented) immigrants.

“It’s definitely strategically a stupid move,” she said. “It’s going to embolden the community to be engaged and be involved when they’re under attack.” 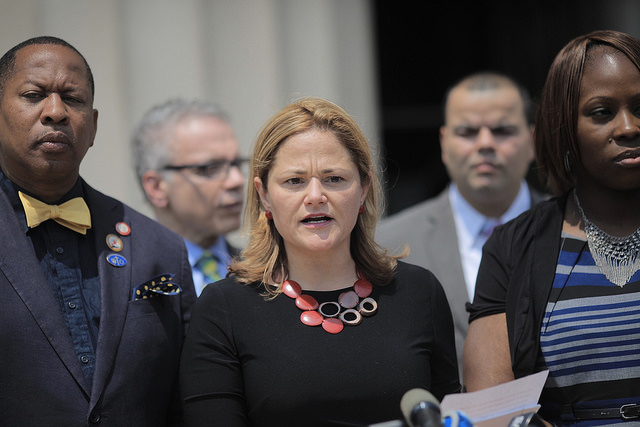