The lesson in this story may be that discussions conducted through lawyers have a way of devolving into crushing legal fees (surprise, surprise).

Earlier this week, we pointed out the Indiegogo campaign initiated by JSwipe, a Tinder-inspired dating app specifically aimed at the Jewish community. They are running it to support their legal fight against JDate‘s parent company, Spark Networks. The acrimony that the lawsuit has engendered has led to two wildly conflicting stories about the dispute’s origins.

Why OkCupid licenses the JDate Patent: an explainer.

The suit, brought by Spark, is over two issues: JDate’s trademark and its patent on using computers to privately notify two people when they are each romantically interested in the other one. As a tech site, we were really more interested in the patent issue (more on that Monday), but the trademark fight may reveal somewhat more about the motivations of each side.

“Our decision is to take the high road on this,” Spark CEO, Michael Egan, told the Observer in a phone call, “and to continue serving our customers well and keep providing them with great products and services.”

In what follows, we break down how each side tells it.

“It has always been our mission to foster marriages that lead to babies,” Mr. Egan said. “That’s why this whole issue has become so important, because we don’t want to be distracted from our mission.”

Mr. Egan explained that it had tried to reach a solution with JSwipe that would allow it to exist without compromising that mission. “I think what JSwipe is doing right now is not really genuine. I think they are sort of spreading some words in the market that don’t really truly explain the opportunities we gave them, in a very amicable way.”

What JDate wanted at the beginning was for JSwipe to rename itself he said, explaining that the trademark issue with JSwipe was the association with the “J” for “Jewish” and dating. “We believe that ‘swipe’ is really synomous with ‘dating’ in the dating community,” Mr. Egan said, because Tinder has been such a phenomenon.

“We believe that ‘swipe’ is really synomous with ‘dating’ in the dating community.”

JDate approached JSwipe very shortly after it came to market. The company had been working for about six months, at that point, on its own mobile app. “Before they even built a brand,” Mr. Egan argues, “it would have been very easy for them to take a different name; it’s not like they had built or spent a lot of money to build that name.”

The Observer asked Mr. Egan whether his company was more concerned about confusion around their brand than the patent. “I don’t know that you can totally disaggregate the two,” he answered, “because the combination is powerful; but the JDate brand, the JDate place in the market, is one that we will continue to defend.”

JDate, he explained, is Spark’s most profitable product. It owns several identity-based dating sites. ChristianMingle, he explained, has far more members, but its customer-acquisition costs are much higher. JDate replaces users organically, he said, as its been well known in the Jewish community since launching in 1997, which means its income per user is much stronger than the other sites.

The company also believes it offers, overall, a stronger product. For example, they point to that members subscription fees support a customer service team, which will actively help members improve their chances of finding something.

“I believe that J belongs to the Jewish community, not any corporation,” David Yarus, its founder, wrote the Observer in an email. We had told him that Spark Networks description of JSwipe as a JDate alternative confused the two brands. Mr. Yarus countered by saying, “The last thing I would ever want JSwipe to be compared to, associated with, or mistaken for, is JDate. We started JSwipe because millennial Jews were embarrassed to be on existing Jewish dating sites.”

The critical point, however, is what Spark Networks asked for when it first approached JSwipe. Mr. Yarus says that initial approach came in the form of a cease and desist letter a few weeks after the app launched, in April 2014.

He sent the Observer a copy of that letter, from Victor Fu at LKP Global Law, which includes the following:

(2) Remove any and all content from the website currently operating at jswipeapp.com and any other websites Smooch Labs controls featuring the JSWIPE mobile application;

(3) Provide written confirmation that you have (a) taken all steps necessary to cease all further sale or distribution of the JSWIPE mobile application, and (b) acknowledge and agree not to take engage in any further infringement of SPARK NETWORKS’ intellectual property in the future.

The letter further contends that Spark would already be entitled to damages, but they won’t pursue them if JSwipe shuts down.

Mr. Yarus denies that a simple offer of a name modification was ever made. Following the letter, he says, their next contact from Spark was from a board member, who Mr. Yarus met with, and that meeting was followed by a lawsuit. Subsequently, Mr. Yarus wrote, “I was told point blank by a board member of Spark Networks that it’s not about about the J, it’s not about the patent, it’s about our existence and it’s about their business.”

Mr. Egan’s account of exactly what happened may be modified by the fact that he wasn’t a party to the initial contact, the tenor of which may have colored this ongoing dispute. When JSwipe launched, Spark Networks was a few months into a management transition that had begun the previous August, when the Spark board had replaced its President and CEO with an interim executive chairman.

Mr. Egan’s appointment was announced in December 2014. He started work in January. 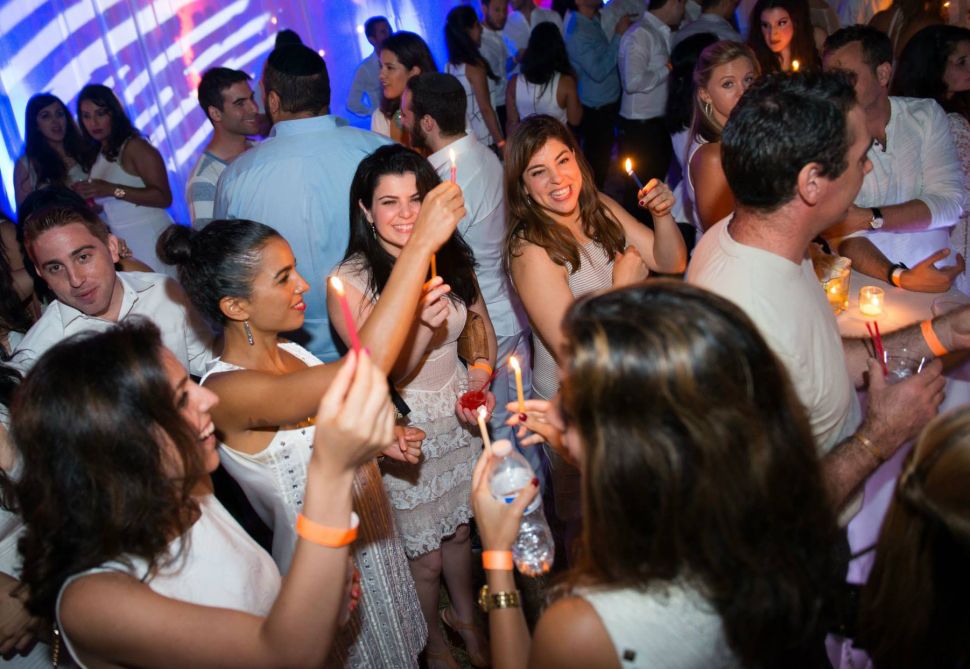