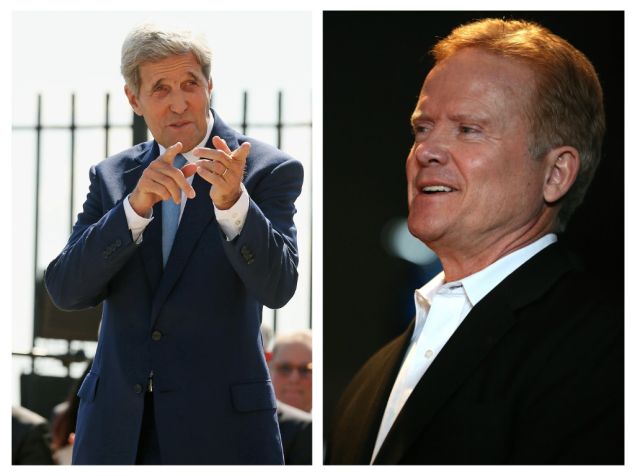 The last days of the leisure class—or what John Kenneth Galbraith called in 1992 the “culture of contentment”—might well be remembered by this anecdote: Ben and Jerry’s, the Vermont ice cream maker that features ice cream flavors named after ’60s themes and figures, like Cherry Garcia, has found a new flavor: Iran Deal.

“In an email sent to supporters of the progressive political group MoveOn.org, ice cream icons Jerry Greenfield and Ben Cohen asked recipients to join them in supporting the Iran deal to keep ‘America out of another war in the Middle East,’ ” the Observer reported.

Clearly, the dominating spirit of the Democratic Party today is the ’60s, an era when Bill and Hillary, Al Gore and Secretary of State John Kerry were all very prominent political action figures. Their careers today amplify that exact same basic archetype and have not been modified one iota by time since. Much like William Faulkner’s young Confederate for whom it was still not yet two o’clock on that fateful afternoon at Cemetery Ridge in 1863 even 100 years later, it is still that endless afternoon in the sun at the Newport Folk Festival in 1965 when Bob Dylan took to the stage and replaced his traditional acoustic guitar with a Fender Stratocaster.

It is safe to say that America’s foreign policy today, especially the Iran deal, can be seen archetypally on the bumper sticker seen everywhere throughout the Green Mountains celebrating Ben and Jerry’s with the slogan: “If it’s not fun why do it?”

I live about a hundred feet from Vermont and have been a New Englander all my life with welcome, lengthy visits to Thailand, Appalachia, Paris and New York, and I can say that this generally does not represent primal, indigenous Vermont. You would likely not see it but on the ubiquitous Subarus of those who move here from New York and elsewhere, like Howard Dean, and Sen. Bernie Sanders, who come here to become something else; it is Vermont in the abstract and might be seen as the last exit in political escapism.

That arcane and adolescent “Vermontism” today dominates American foreign policy should strike fear in the hearts of anyone not involved in the political cultism of it all, which began more or less when world socialists Scott and Helen Nearing—Scott was a cause celebre of the American radical movement going into the Progressive Era—moved up here in the 1930s. In the ’60s, Vermont became a hippie vortex.

Democratic candidates are keeping their distance from the nuclear deal with Iran, unlike Mr. Webb, declining to say whether they support it or not. But this is the time, and this is the issue, in which women and men must speak up.

I knew some of the old, original commies who followed the Nearings north like a flock of Canadian geese before the Subarus and Ben and Jerry’s arrived and am old enough to have shared afternoon cocktails with Lincoln Brigade veterans. (They would never have called themselves “survivors.”) I deeply admired the Nearings who drew their inspiration from Tolstoi and Lao Tzu as well as Marx. They were fearless; their character and individualism was astonishing. When the developers started arriving in the 1950s, they moved to Maine. Why did they move away (from the Vermont of today), Scott Nearing was once asked. “Different values,” he said.

Certainly the wealthy socialists of Vermont today do not measure up to the Nearings, having been watered down now to the fourth postwar generation since the developers drove the Nearings out (but now they have gotten to Maine).

This four-generation, classic descent to history’s end game today awakens my greatest current fear: That John Kerry will be the 45th president of the United States. This week a political journal ran stories on Bernie Sanders, Massachusetts Sen. Elizabeth Warren and Vice President Joe Biden, promoting each for president. We measure the popularity of a candidate today by Facebook shares. Ms. Warren received 38,000 shares, Mr. Sanders 1,500 and Mr. Biden received one.

From what I understand, the Obama people do not like the Clintons and have sympathies with the mainstream press elements hoping to drive them out. Thus, the Obama administration is pitching Mr. Biden against Hillary Clinton. Not going to happen. But surely in our postwar One World, Vermont has arrived in Sweden, and when Mr. Kerry wins his Nobel Prize for his nefarious dealings with the Ayatollahs, he will be all but a shoe in.

Ms. Warren and Mr. Sanders bring new awakening and excitement, but it is not clear in these early days that either will go the whole way if Ms. Warren even chooses to enter. And Clintonism has so territorialized liberal culture that no one else is left. They will have no place to turn but Mr. Kerry.

The great historian Robert Conquest used the phrase “archetypal terror” to describe the reign of Joseph Stalin. We might coin a phrase today, “archetypal banality” to describe the current liberal lineup. These waves hit the shore as generational cycles. Today, Clinton arrogance and overreach daily seen in the press, exactly mimics the days of Watergate.

Tim Weiner’s recent biography of President Richard Nixon, One Man against the World: The Tragedy of Richard Nixon shows astonishing parallels. Of Nixon, he writes, “The great leaders of that era (Eisenhower, Churchill, de Gaulle) all had died in the past decade. Their successors were by comparison second-rate.”

So too might it be said here in the end days of the liberal lineup. But I propose, as goes Bill and HIllary, so will go the entire generation, as can be seen with the “Eisenhower, Churchill, de Gaulle” generation.

And we today are at the crisis turning point: the 70-year crunch that kills past generations and struggles to find the will and intelligence to create the next. To do so, men and women like Eisenhower, Churchill, de Gaulle will have to be found again. In this cycle, I see only one on the horizon: Jim Webb, former senator from Virginia, novelist, warrior/scholar and former secretary of the Navy under Ronald Reagan.

“We’ve never been in this situation before, where we’ve given a sort of tacit approval for the eventual acquisition of nuclear weapons by another country,” Mr. Webb said yesterday on CNN. “One of the reasons I opposed the invasion of Iraq was that it would empower Iran. And now that they’ve been empowered I just think it’s the wrong time for an agreement like this.”

It should not be forgotten that as senators Mr. Biden, Mr. Kerry and Ms. Clinton all signed on to the Iraq War Resolution, although there were clear and loud public protestations against this from many experts in foreign policy, including Col. Larry Wilkerson, aide to Colin Powell, Gary Hart, General Wesley Clark, former chief of NATO, and Mr. Webb.

But perhaps the historic votes of Mr. Kerry, Ms. Clinton and Mr. Biden were inspired by the anthem that echoes endlessly through the Green Mountains: “If it’s not fun, why do it?”

Democratic candidates are keeping their distance from the nuclear deal with Iran, unlike Mr. Webb, declining to say whether they support it or not. But this is the time, and this is the issue, in which women and men must speak up.

Time begins again here for the Democrats or it does not begin at all. 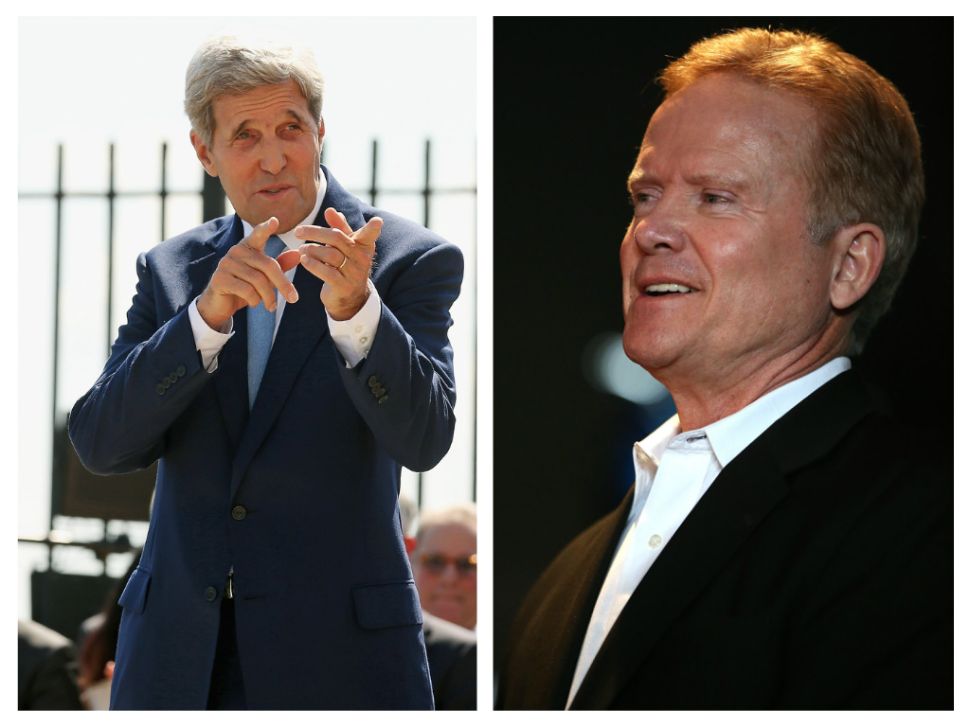