He came to what is clearly his calling through tragedy; a personal loss so great that it prompted him to spend his life working to stop criminals from hurting anyone, especially children.

John Walsh has become known as the man who catches the bad guys, the very bad guys. He didn’t set out to do this work, but here he is compelled to do it because of a horrid event from his past. In July of 1981, Walsh’s his six-year-old son Adam was abducted from a mall near his family home. The small boy’s remains were found two weeks later. Since that time, Walsh has made it his mission to be a crime fighter and victims’ advocate.

He spent 25 years as the producer and host of  America’s Most Wanted, the reality program that helped law enforcement capture more than 1,200 fugitives and brought home more than 50 missing children.

Walsh and his wife Revé also established the National Center for Missing & Exploited (NCMEC) and the couple have been the driving force behind major pieces of child protection legislation, including the Missing Children’s Assistance Act and the Adam Walsh Act.

In addition to being named Man of the Year by both the U.S. Marshals Service and the FBI, John was also made an honorary U.S. Marshal. He is only one of three people to receive this honor in the organization’s history.

Having accomplished all of this, Walsh, who will soon turn 70, was set to retire, but it seems that there are a lot of people who want him to keep working. “Well, first the FBI kept bugging me and then I got a call from an old friend about doing another show,” explains Walsh. “When Jeff Zucker took over CNN he called me up and said, ‘CNN would be a great fit for you and what you’re doing.’ I told him that I didn’t think that my public would come back to another show, but I ultimately gave in and we put a show on the air.”

That show is the current series, The Hunt with John Walsh, which airs Sunday nights on CNN. Several criminals have already been caught as a result of segments airing on the series.

“I was truly surprised, but people jumped in right away,” admits Walsh. “So we’re going to keep making more episodes.”

Explaining the difference between AMW and The Hunt, Walsh says, “Both shows have the same mission – to get the most dangerous criminals off the street and prosecute them – but the series are different from one another in a few ways. On AMW, we were doing seven to eight cases in each episode and it became pretty frenetic to get all of that information in. I think it overwhelmed people a little. The Hunt is slower, more intricate and we get more emotionally involved in the cases. We really get more into the mind of the bad guy.”

The other aspect of this series that appeals to Walsh is his ability to embed and express his true feelings within each episode. “I really get to say what I feel like saying. Its cable and I’m not restrained by lawyers. I don’t say anything salacious, but I get to say what I want. I get to pick the cases too. I did that a lot on AMW, but on The Hunt I pick the guys that I really hate. I have my own ‘Most Wanted List’ that contains the guys that I think should be caught that are still out there hurting people. They need to be caught and made to pay for what they’ve done.”

In the digital age, Walsh knows that online outreach is an extremely useful tool for this work. “I knew that we needed to get Amber Alerts into social media so I made that happen at Facebook. It took a while but I said, ‘you know, young people don’t watch TV, so we need to put these alerts where they’ll see them.’ They did it and had their first success about a month ago. They helped find a missing little girl and that was huge. They saved that girl’s life. That’s really powerful.”

Off of that success, Facebook asked Walsh to do a live chat. He was reluctant at first, explaining, “I was a little skeptical because I’m a bit of dinosaur with Facebook,” he laughs a little at this, but quickly returns to his serious tone, saying, “But I’ll try just about anything that will get the word out about our show and the work we do, so I did it. We did the chat from their New York office through the CNN webpage and the NCMEC website. I was shocked when they told me that 32,000 questions had been submitted and that something like five million people followed the chat.  I couldn’t answer those questions fast enough. I answered questions for an hour solid. Lots of young people might not know anything about my background but they’ve gravitated to this. I think I’m going to do it again since it was such a tremendous experience. It was a reaffirming thing for me. It made me think, ‘I may be an old fart but I guess I’m still relevant.’”

Speaking about the multitude of charges against Jared Fogle, the former Subway pitchman, Walsh had this to say, “That guy was caught by an Internet Crimes Against Children (ICAC) team, which is something we helped create through The Adam Walsh Act. As I was watching all of this go down, I was thinking, ‘God dammit, all that effort to get that legislation passed, and all that effort to put those ICAC teams together was worth it. That little bastard had been doing this stuff for 15 years. That asshole will be prosecuted and he’ll do a long time in jail and he deserves it.”

As mentioned, Walsh has tried to retire but to no avail. Should that actually happen, he does worry about who will carry on his work. “I don’t really know who will pick up the mantle. We have a son, Callahan, who’s working at NCMEC as the Director of Outreach. He worked for me in the TV biz for years but he said he wanted to work at the center so that’s what he’s doing. I hope that maybe he’ll step up to do this but he doesn’t like the medium of television so much. I mean, when the Kardashians, and Honey Boo Boo and the ‘Prostitute Housewives of Whatever’ are the big shows, it’s kind of disheartening. But, you have to remember that my main job isn’t to simply host a TV show, it’s to get these criminals off the streets so I just hope someone will carry on that work, whether it’s via TV or not.”

Walsh knows that he comes across as gruff and unapologetic and he says he’s fine with that image if it serves the purpose of accomplishing the goals he’s mapped out, but he would also like it to be known that, he’s not just ‘John Walsh, Hard-Ass Crime Fighter,’ that he’s a fun, family man as well. “I’ve been married to the same woman for 44 years and we’ve had four children.  I think being a parent is the greatest experience in life. Children are a joy. They’re everyone’s responsibility, whether you’re a parent or not. They’re vulnerable, they’re trusting, they’re naïve, they’re just joyous creations and they’re our future. I’m not as morose as people think, but I just hate it when people hurt children and I feel they need to hunted down and punished severely. But, when I’m not doing that, I have a sense of humor and I love being with my kids and I absolutely love when we joke around and they make fun of me. No one should take themselves too seriously. I know that people think I’m too serious, but the truth is, I really do know how to have fun.”

While his work has clearly netted results for several years, Walsh still has plenty to say about what he perceives is the appalling level of crime in the U.S. “I just wish that more people would get involved in making change happen.  We’re the richest country in the world, and at the same time, the most violent. I wish more Americans participated in the process. We’re a free country and we’re lucky if we can get 50% of the population to vote. People don’t know who their Congressman is or who their Senator is, but they know which Kardashian is pregnant. It’s sad. We have the most homicides, the biggest gang problem, the most serial killers, and the worst exploitation of children. Why aren’t people saying ‘enough is enough?’  Instead of just hoping that crime doesn’t happen, let’s do something to stop it and that really will take all of us working together, so step up and do your part.”

To that end, Walsh makes this appeal: “People, please help me catch these creeps. Watch The Hunt and maybe you can make a difference. I don’t celebrate when we catch someone, but I think to myself, ‘this is great, we caught another bastard. He’s off the streets and he won’t hurt anyone else.’ Simply put, I do this because I want to make sure that my son, my beloved son Adam, didn’t die in vain, that his legacy lives on in every child that we save, every criminal that we catch, and every case in which justice is achieved. Everyone should be a part of making that legacy live on, so please, please join me in The Hunt.”

The Hunt with John Walsh airs Sunday nights at 9e/p on CNN. 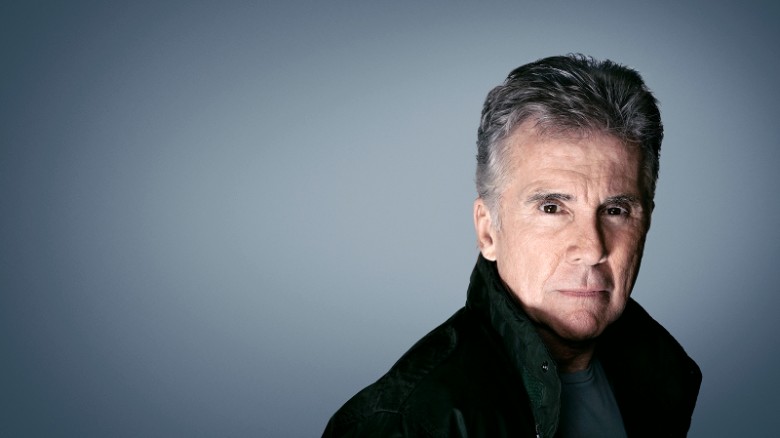