Selfie queen Kim Kardashian has let someone else take photos of her. And sorry, fans of the full-body nude Ms. Kardashian shared on Instagram this week: These pics are shoulders-up.

The reality star is on the latest cover of Violet Files, the accompanying magazine of beauty site Violet Grey. Sporting a shimmering, metallic look devised by British make-up artist Pat McGrath, Ms. Kardashian channels Elizabeth Taylor in the 1963 film Cleopatra. The connection? At the time of Cleopatra‘s release, Taylor was one of the world’s most famous women—just as Ms. Kardashian is today, at least in terms of pop culture.

“Elizabeth Taylor’s makeup in Cleopatra has been reacted countless times, but for Kim I wanted to create a version that has never been done before, a futuristic 3D version,” Ms. McGrath said in a press release. “I wanted to portray a luxurious decadence by using elements of ornate facial jewelry constructed into shapes that pay homage to Egyptian culture, and of course to the rich exotic character that Taylor played in this role.”

“It’s really exciting to do this project with [Ms. McGrath], and to celebrate the lost glamour of Hollywood through a modern lens, evoking that nostalgia and emotional connection,” Violet Grey founder Cassandra Huysentruyt Grey said. “She’s just the best out there. She’s a real artist.” 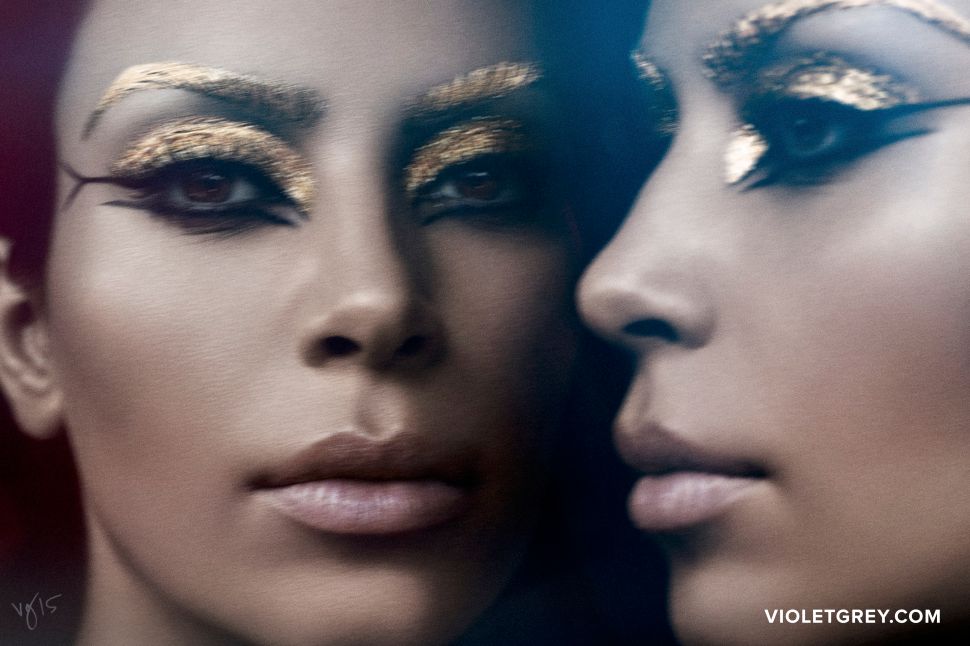