Though known for a plain-spoken manner that some deem brusque, Carmen Fariña, 72, chancellor of the New York City Department of Education, consciously avoided the sort of sound bites that would titillate her enemies during an amiable chat the other day at the Tweed Courthouse. Yet the former teacher from P.S. 29 in Cobble Hill swatted away criticism of her 20-month tenure and gave herself a pretty good grade.

What does a schools chancellor do over summer break?

We work very, very hard. This summer, one of my major priorities was to meet with every superintendent for an hour and talk about expectations, hopes for next September. Visited a lot of summer school sites, particularly the ones around technology. Gave many keynote speeches. My calendar is pretty full. I even work on Saturdays.

You’ve said educators rely too much on standardized tests, but you’re a supporter of Common Core.

I always believed in Common Core, I just don’t think the teachers have the right professional development to implement it and I don’t believe they have the right materials. I think testing is one crucial way to assess what students know and what they need to know more of.

Where do you think then as a country we’ve gone wrong in terms of standardized testing in the past 20, 30 years?

I’m a big believer in nonfiction reading and the Common Core stresses nonfiction so I’m thrilled about that. I think there was too much of an emphasis in the past on just fiction. I love social studies, history, science and I do think kids love these topics but we haven’t done them enough, particularly in the lower grades.

The Republican majority leader of the State Senate, John Flanagan, recently wrote that he had “serious doubts” about your stewardship.

I really take a lot of pride in who I am as an educator. I actually met with Senator Flanagan and I thought I had a great conversation with him one-on-one. I thought he knew a lot about education and I was very happy to answer questions. I am also not naïve and understand that politics is politics. So you can have a wonderful conversation with someone, be in agreement and then all of a sudden what goes public is very different.

We’re making progress. If I made much, much bigger progress I’d be blamed for something else so I do think slow and steady wins the race. To me the most important thing is what do my constituents think of my work? Are teachers happy? Are principals happy? Are parents happy?

What goes through your mind when charter operators say city public schools are failing?

Look, everyone has their own agenda. My agenda is to stay focused on my work. I’m not gonna get involved in the dialogue or discussion that’s more political in nature than academic in nature. I think the other piece of this is—and I can’t repeat this enough because I don’t think this message has really gotten out there—that New York has the highest [education] standards of any state in the United States, the highest. New York City has the best results of any of the large cities in the state. We are really going in the right direction.

Do you think you’ll stay on as schools chancellor as long as Bill de Blasio is mayor?

I’m having a wonderful time and I take my life one day at a time.

When you deal with adversaries, what tactic from the classroom do you still use?

Dialogue with everybody. Someone may come across as your archenemy for whatever the reason. Go have a coffee with them.

A version of this story appeared in the August 24-31 print edition of the New York Observer. 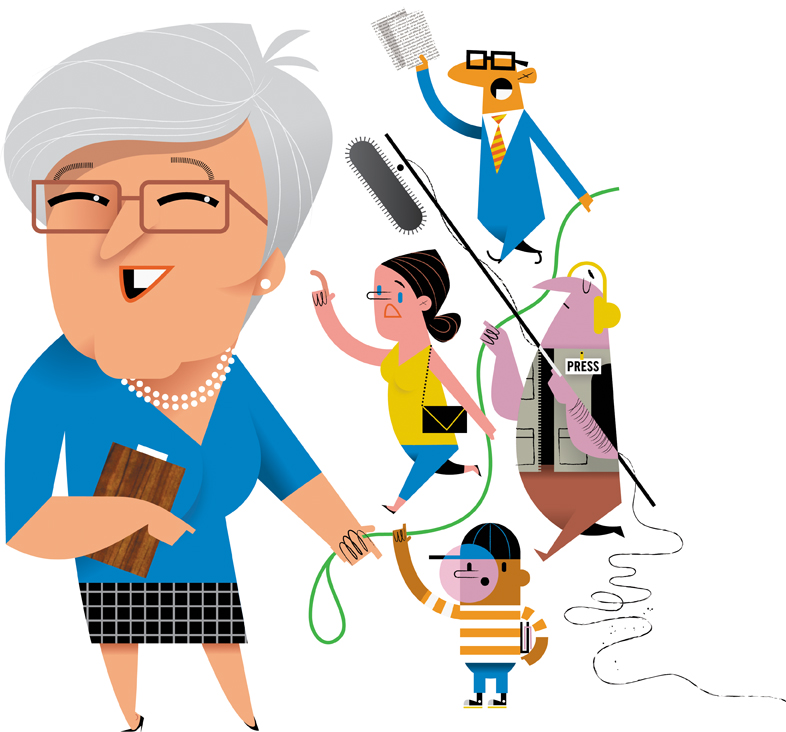