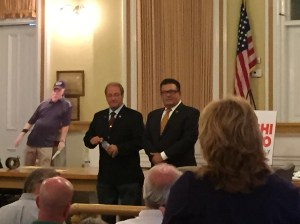 CAPE MAY COURTHOUSE – Assemblyman Sam Fiocchi (R-1) and Cumberland County Freeholder Jim Sauro held a town hall in Cape May Courthouse on Wednesday night, where they offered voters the chance to voice their concerns in the run-up to the assembly election.

PolitickerNJ caught up with them afterwards to find out whether Governor Christie’s plunging poll numbers will influence their campaign going forward, and whether the town-hall format that their campaign has embraced so far was designed to mimic Christie’s 2009 gubernatorial bid.

“Well believe it or not I never went to one of Chris Christie’s stops,” said Sauro, laughing.

“My focus is doing my job as assemblyman and my second is our campaign. I haven’t followed it all that closely, said Fiocchi of the poll results.

“I’m actually proud of the Republican party to have 17 people up there and I’ll tell you why,” said Sauro. “It’s a process. It’s the American process. Think if it as the NCAA tournament.”

“If he makes it, it would be the greatest thing in the world for New Jersey. Let the process play out,” Sauro added.

When asked whether Christie’s billing traveling expenses to the state might seem off-message for a party that is stressing reduced government spending, Sauro and Fiocchi both distanced themselves from the Governor and the controversy, with Fiocchi describing any consideration of the governor’s campaign as “not part of our process.”

“He has to answer for that, not me,” said Sauro of those who’ve tried to bring Christie’s name into the assembly races.

“Don’t start blaming us for his issues,” said Sauro. 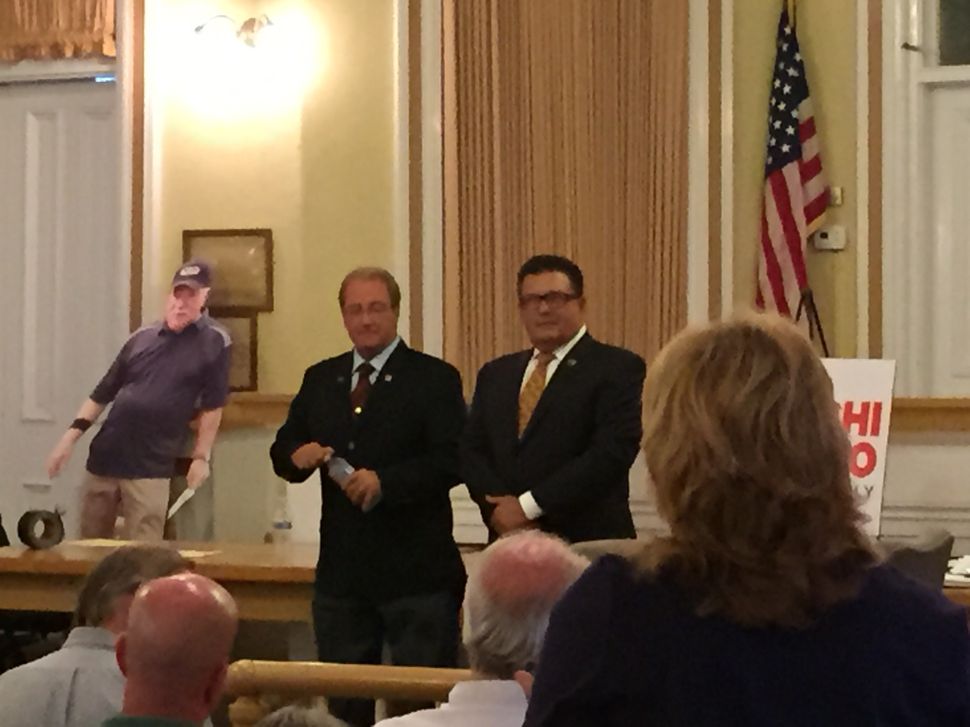