“Rapunzel. Now that’s a parable for our time,” said Lenore Skenazy, the founder of the Free Range Kids movement, as she pointed to a picture book on the table of an East Side coffee shop. “But I swear I didn’t plant it.”

As a former journalist, Ms. Skenazy, 55, is quick to recognize the kind of detail that illustrates a broader theme. And the tale of the beautiful princess with long, golden hair, imprisoned in a tower while longing for adventure, certainly speaks to the helicopter parenting that Free Range Kids takes aim at.

The whole idea began back in 2008, after Ms. Skenazy took her 9-year-old son, Izzy, to Bloomingdale’s and left him in the handbag department, armed with just a subway map, a MetroCard, a $20 bill, and some quarters. Izzy, who had been asking his parents to let him find his way home for a while, came home excited that he had navigated the downtown 6 train and the crosstown bus to Waterside, the apartment complex in the East 20s where the family lived at the time.

A few weeks later, in need of fodder for her New York Sun column, Ms. Skenazy told her editor about her son’s Independence Day. Her editor thought it sounded like a nice local story (word to the wise: be careful what you tell your editors).

“Half the people I’ve told this episode to now want to turn me in for child abuse. As if keeping kids under lock and key and helmet and cellphone and nanny and surveillance is the right way to rear kids. It’s not. It’s debilitating—for us and for them,” Ms. Skenazy wrote her April 1, 2008 column, “Why I Let My 9-Year-Old Ride the Subway Alone.”

Within days of publication, Ms. Skenazy found herself on television, defending her decision to allow her son out alone in a world where anything can happen. Psychologists (both professional and armchair) debated whether a 9-year-old was ready for that kind of freedom or whether his mother should be arrested for neglect.

“I was a regular reporter,” she said. “And then I got stuck on one story for the rest of my life.”

A tabloid vet, Ms. Skenazy, who spent nearly 14 years at the Daily News, knew a hot-button topic when she saw one. Within days of her fateful column, she started the Free Range Kids blog, dedicated to “fighting the belief that our children are in constant danger from creeps, kidnapping, germs, grades, flashers, frustration, failure, baby snatchers, bugs, bullies, men, sleepovers and/or the perils of a non-organic grape.”

“It’s not a religion or a cult or anything. It’s not a child-rearing philosophy and it’s not a parenting method,” Ms. Skenazy says now. “It’s just a skepticism about this steady drumbeat of fear that is playing in the background.”

Although the origin story is largely the result of happenstance, Ms. Skenazy, who could pass for Parker Posey’s older sister, says that as far back as elementary school in the Chicago suburbs, she wanted to start a fad. In high school, she wore jewelry with the phrase “gleeps” on it, hoping it would catch on.

“I always joke that marketing firms should hire me,” she told the Observer this summer. “I started a movement and coined a whole phrase in a weekend, for god’s sake.”

The blog caught on, and in 2009, after the Sun folded, Ms. Skenazy published a guidebook, Free-Range Kids: How to Raise Safe, Self-Reliant Children (Without Going Nuts with Worry) and found her niche as an activist, using her blog and speaking engagements to highlight the more outlandish instances of parents getting in trouble for, as she explains it, allowing their children to do things that were seen as normal not so long ago.

“When my mom sent me to school at age 5, the crossing guard was 10. Now we arrest people for sending 10-year-olds outside by themselves,” Ms. Skenazy recalled. She also has an arsenal of statistics to bolster her case that the world is safe—it’s just the perception of it that has changed. Among those statistics: Kids are more likely to die in a parking lot than waiting in a car; being inside a moving car is the cause of far more fatalities than the risk of abduction by strangers.

Why, then, do so many parents view the world as a perilous place? Ms. Skenazy, not surprisingly, has some theories. Part of it, she says, is that we have the ability to watch kids all the time. Therefore, if something happens to them while they are out of sight, parents feel like it’s their fault.

“We believe we have so much control over our lives and our children’s lives that if anything bad happens, it’s because we weren’t vigilant enough,” Ms. Skenazy said. Ms. Skenazy calls that “tragical thinking.” The relentless media focus on child abduction doesn’t help. But part of Ms. Skenazy’s point is that not only is “stranger danger” overblown, but children who are taught to ask strangers for help are actually better off.

“What we do now is come up with the worst-case scenario and dwell on it, no matter how remote,” she said. “I call this ‘worst-first thinking.’ ”

The free-range movement became a national point of discussion earlier this year when Alexander and Danielle Meitiv, parents in Silver Spring, Md., twice tangled with the local Child Protective Services for allowing their 10- and 6-year-olds to walk home together from an area park unsupervised.

Ms. Skenazy took up the cause shortly after the parents, who have since been cleared of charges, were busted for “unsubstantiated neglect.” National media covered the incidents, and parents, educators and lawmakers debated the merits of the case, the motives of the parents, and the intent of the agencies involved.

Sometimes, the divide between helicopter parents and free-range ones becomes broadly comic, as shown in Ms. Skenazy’s reality show, World’s Worst Mom, which ran last spring on Discovery Channel. In it, she forced absurdly overprotective parents to let their kids do something, anything, by themselves, like walk the dog or return from school. The kids made it home safely, yet the parents were angry with Ms. Skenazy in the performative way that people express anger on reality television.

But she maintains, “Most of the moms wrote to me after I’d left and the cameras were long-gone to tell me about new independent things their kids were doing—riding their bikes, going to sleepaway camp. They really changed completely. They seemed so much less burdened. Happier,” Ms. Skenazy said.

Despite her own seemingly laissez-faire attitude toward parenting, Ms. Skenazy isn’t a completely chill mom. “Now my son has a driver’s license and I’m terrified all the time,” she admitted, of the now-17-year-old Izzy. As we left the coffee shop, a bareheaded skateboarder stopped us and asked for directions. “He should be wearing a helmet,” Ms. Skenazy said as he scooted off.

Do your own sons? I asked.

“Well, I make them take their helmets if they are riding,” she said, both answering a specific question and crafting a metaphor. “I can’t guarantee they actually wear them, but I hope they do.” 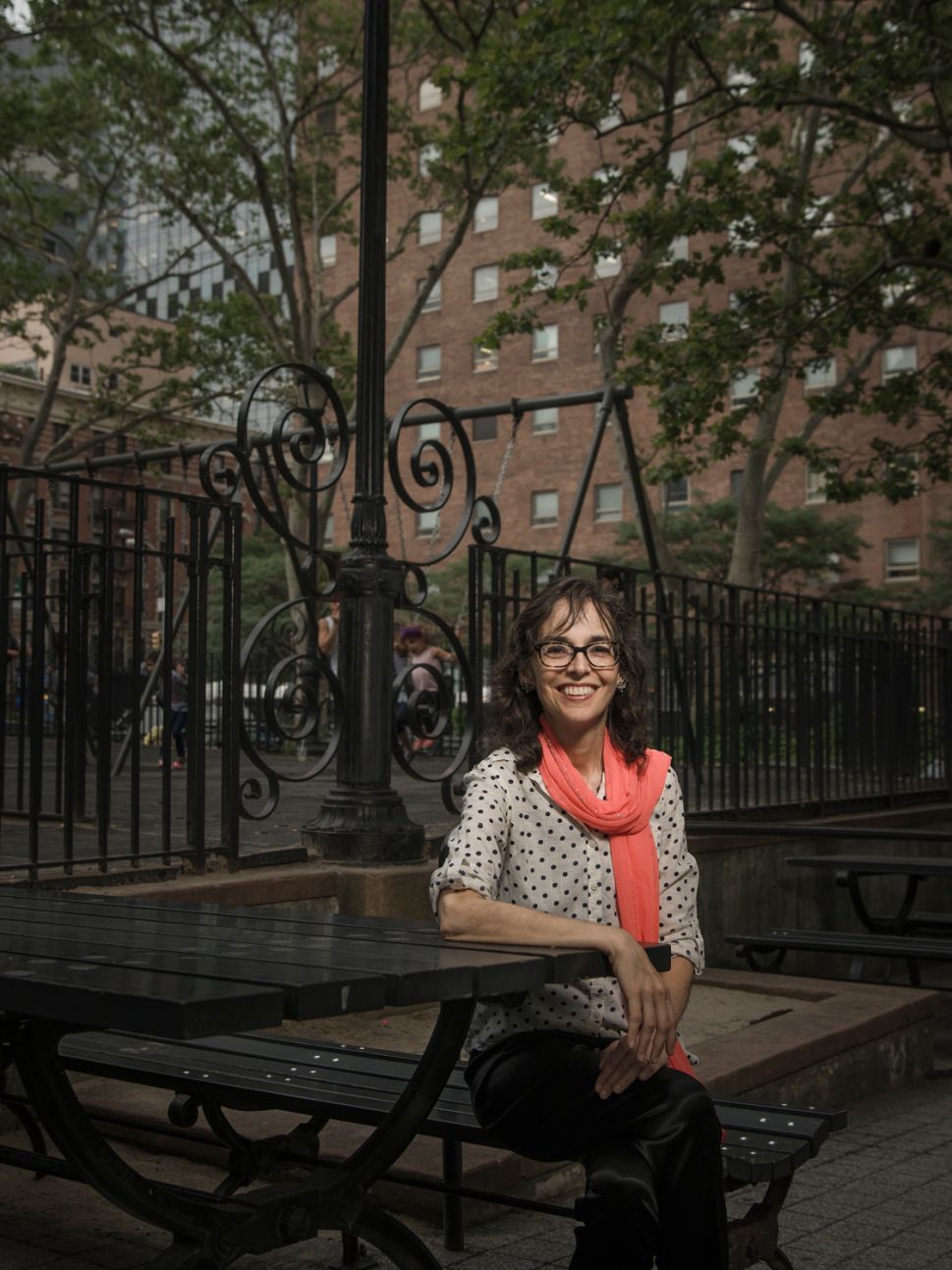