“When you have a county of over 800,000 people and no congressman, it just doesn’t seem right,” said state Senator Bob Smith (D-17), who hails from Middlesex and lost to Pallone 55-37% in the 1992 Democratic Primary. “There is a perceived need by the people of Middlesex County to have their own representative.

“It has nothing to do with the incumbent congress people, they are terrific,” Smith added. “It is just about that perceived need to have ‘local’ people represent you.”

For Assemblyman John Wisniewski (D-19), however, the idea that large population centers should have a representative in Congress is a “pipe dream.”

“You have 21 counties in New Jersey but you have 12 representatives,” said Wisniewski who led the Democrats’ delegation on legislative redistricting in 2011. “No matter what, you are not going to have a representative for each county.”

According to Wisniewski, the state lines are drawn in a way that “balances large populations and minority representation.”

“If you would rewrite the maps to have congressional seats by county you would by definition unseat many incumbents,” Wisniewski told PolitickerNJ. “It would be very difficult to do and not totally cannibalize and undo already existing districts throughout the state.”

In Bergen County, Assemblywoman Holly Schepisi (R-39) says that, while she understands local desire to have representation in the state’s most populous county, the drawing of legislative lines across multiple counties must be respected and one county cannot be favored over another in terms of representation.

“I think people in Bergen, ideally, would like to see representation from within the county, but the lines haven’t been drawn that way,” Schepisi told PolitickerNJ. “As long as representatives are there and addressing Bergen County residents as well, I think it is adequate and sufficient.”

While Schepisi acknowledges the importance of congressional lines, she does acknowledge that people in Bergen “are probably wondering why they don’t have someone in their county representing them.”

At last month’s Garden State Equality rally outside of Garrett’s offices in Glen Rock, members of the organization blasted Garrett as not representing the people of Bergen County or New Jersey in an adequate way. For members of that group Garrett’s alleged anti-gay statements reflect that he is out of touch with voters in the more-progressive Bergen County. Such public outcries point to a potential opportunity for Bergen representation in next year’s congressional race.

While Democrat Josh Gottheimer has not confirmed that he will run for Congress against Garrett in 2016, he continues to vigorously fundraise, and sources say the Hackensack native could potentially gain momentum based partially on his Bergen County roots.

For Schepisi, however, Garrett cannot be counted out due to either his county of residence or his supposed remarks.

“Did I disagree with the sentiment Scott put forth, if he did put those forth? Yes. Do I think that negates everything he has done over the past decade? No I do not,” Schepisi said. “I think there have been a lot of attempts to challenge Scott or beat Scott over the years but he has been very strong in all those attempts and I think he will continue to be.”

Last year, Middlesex County had the opportunity to win a congressional seat when state Senator Linda Greenstein (D-14) ran against Bonnie Watson Coleman for the seat vacated by Rush Holt. Greenstein lost, conceding the congressional representation to Mercer’s Watson Coleman. Mercer County’s population is less than half of Middlesex’s at around 371,000.

In Bergen County, the last congressional representative was Democrat Steve Rothman. Due to redistricting in 2012, Rothman’s hometown of Fair Lawn was switched to District 5 where Garrett was serving. Instead of facing Garrett, Rothman elected to stay in District 9 and had to face off against fellow incumbent Democrat Pascrell. He lost to Pascrell, leaving Bergen without a congressperson.

While redistricting is not scheduled again until 2020, for some like Smith, every redistricting exercise presents an opportunity toward representing people fairly.

“We haven’t had a congressperson from Middlesex County since 1992, with Bernard Dwyer,” Smith said. “There is a strong hope that in the 2020 redistricting Middlesex may have its own representative.” 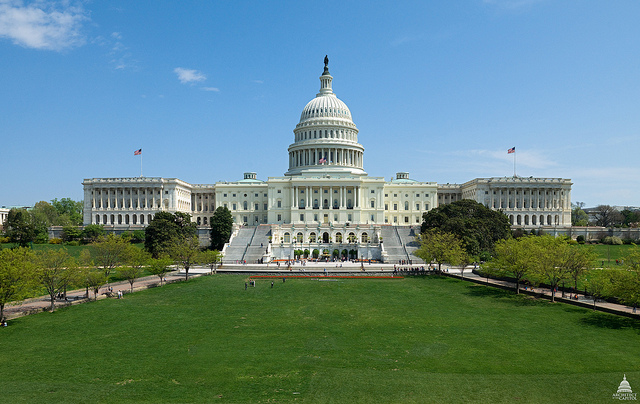