“I’m talking to you on a laptop, if you give me a moment I’ll plug in some er, umm, earphones… Umm, what do you call them? Mmm, headphones! Then I can hear you better,” says Thurston Moore, sounding like an absent-minded professor. The former Sonic Youth guitarist is speaking from Boulder, Colo., via Skype—his preferred method of pushing his voice through time and space as he travels the world, something he does constantly.

‘Do not underestimate the intelligence of youth culture.’

Moore is not absent minded though, he’s just busy and making small talk as he sets up for the interview. He is, however, currently a professor and is teaching a summer writing program at Naropa University’s Jack Kerouac School of Disembodied Poetics. In the fall, he commences teaching music classes at Copenhagen’s Rhythmic Music Conservatory.

Since his split with Sonic Youth’s Kim Gordon, who was also his domestic partner for more than two decades, Moore moved to London, where he will hang his hat for a few days before returning to North America for an East Coast run from Montreal to Washington, D.C., including a stop in New York City, the place where his musical journey began. Travel, says the 58-year-old, is a way of life and an education. “To me, the experience of travel is really interesting. I started touring in ’81 with Glenn Branca,” he says of the noted avant-garde composer and guitarist. “Then I started touring with Sonic Youth: we all just got into the back of a van with no seats; we sat on our coats slave ship style. People always said we were that band from New York City, but what changed our sound and kept us engaged in progression musically owes a lot to travel. There’s a certain generating energy from travel.”

Like any traveler, Moore bristles at the rigmarole of playing in a rock band and getting from point A to point B. “It’s a crazy thing to dedicate yourself to,” he admits. “Some people do very well with it and live in castles and have private jets. But very few do that well really; thousands and thousands of bands don’t. [With music] my goal is not to fly around on a private jet.”

Still, by 1990 Sonic Youth had grown out of Manhattan’s underground art scene and into a big deal with Geffen Records. “It had nothing to do with money,” Moore assures of Sonic Youth’s career. “It had everything to do with learning and experience, and sharing—and all those ideals. That to me is where the reward is and if you can make some coin doing it, that’s great. I don’t write music thinking about that—in fact I struggle with it.”

‘It had nothing to do with money,’ Moore assures of Sonic Youth’s career. ‘It had everything to do with learning and experience, and sharing… That to me is where the reward is…’

Moore, a poetry buff, diversified into publishing along the way. His mind lives among the beat poets and underground culture, as much as it does music. If he was to return to the U.S. to live, he says, “I would do anything to live in Boulder. It’s one of the most beautiful places on earth. I’d love to move here and study Buddhism and poetry, and work in that realm. Really sort of have a lifestyle here where I could feel I am doing something holistic. And still be able to get inside of an airplane and play music if I have to… when I want to.”

His choice really is that esoteric and is nothing to do with Colorado’s pro pot laws: “I don’t really smoke the bud myself. It makes as much sense as going to a liquor store and buying a bottle of gin.”

Professor Moore and Thurston Moore both exist in youth culture, which he clearly finds inspiring. “Do not underestimate the intelligence of youth culture. My youth culture in the early ’80s, there was so much crapola, but there was so much beautiful stuff going on. I think that’s the same now. They’re interested in great things,” he says and pauses rethinking his praise. “And then there are some who are interested in Kim Kardashian and all that crap. Who in their right mind would publish a book of Kim Kardashian selfies,” he says derisively of the recent KK “art” book. “Really? That’s going on your resume? I’d rather drink paint thinner than be involved in a project like that.

“I shouldn’t think bad thoughts,” he mock self admonishes. “I think the book is wonderful and that woman is a genius.”

Thurston Moore Band performs at the Bowery Ballroom in Manhattan on August 6. The Best Day is out on Matador Records. 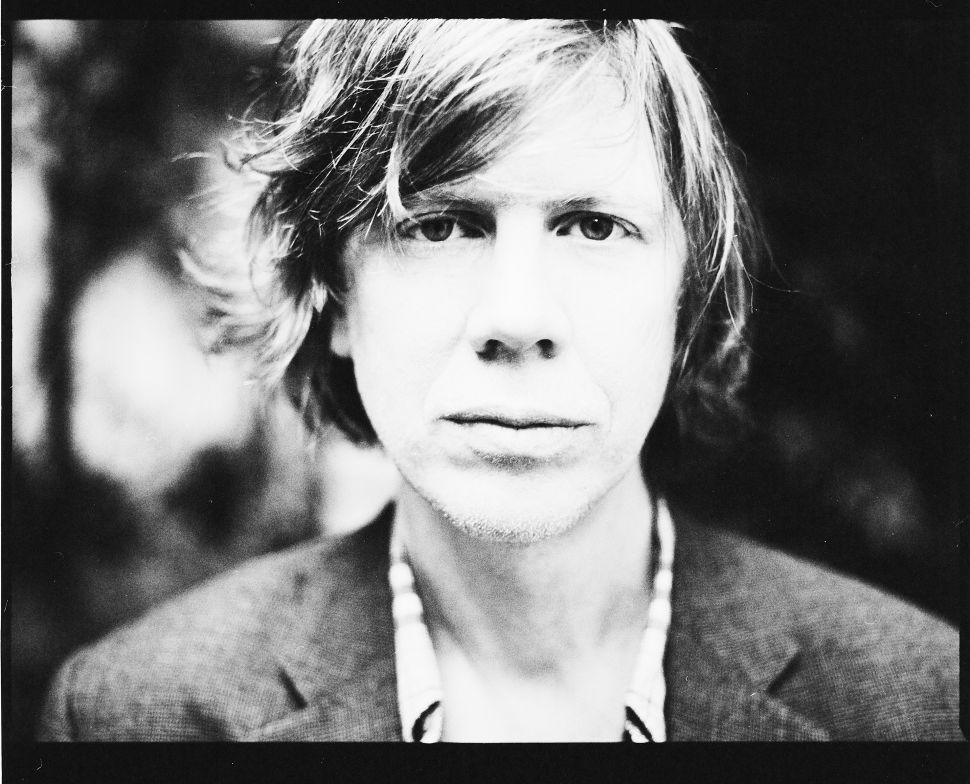