Scant months after his retirement from the Metropolitan Museum of Art and Harold Holzer already has a new job title. The longtime museum officer, who served in a variety of positions for over 20 years and most recently as its senior vice president for public affairs, has been tapped as the next director of the Roosevelt House Public Policy Institute at Hunter College, reports The New York Times.

Roosevelt House, at 47-49 East 65th Street, became the residence of Franklin Delano and Eleanor Roosevelt a few years into their marriage and remained so until its sale in 1941 to nearby Hunter College. It is currently the home of two Hunter academic programs: Public Policy and Human Rights, and also serves as the host of conferences, lectures, etc., such as the recent “Long Hot Summer? A Double Symposium on Race and Law Enforcement.”

On the occasion of his retirement in March, Mr. Holzer was described to the Observer as a “true Renaissance man” by close friend Tony Bennett (yes, the singing Mr. Bennett).

Mr. Holzer has worked as a reporter, editor, speech writer for politicians, in public affairs for television, and even alongside Governor Mario Cuomo in the New York State Urban Development Corporation; he is a noted Abraham Lincoln historian.

“Harold Holzer is an incredible scholar and quintessentially New York…He understands what a public college can do for the next generation,” Hunter President Jennifer J. Raab told The New York Times.

An so now, in his next step, Mr. Holzer commits himself to scholarship, which he had said was something he was looking forward to after retiring.

“Instead of doing it on weekends, I would like to do it on weekdays—and see what other people do on weekends,” he told the Observer in January. 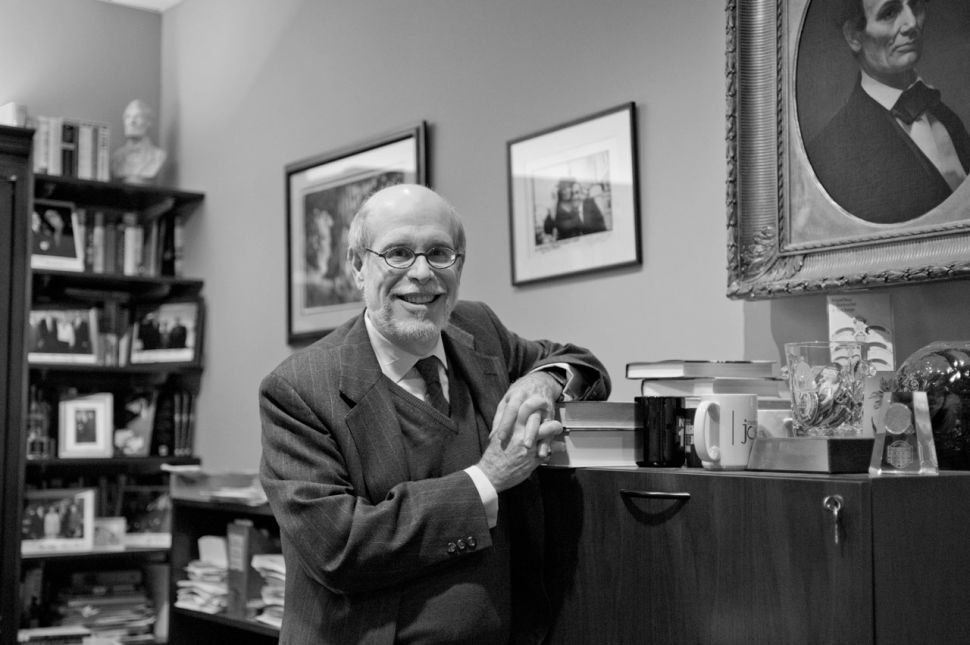