At one point awhile back, rental buildings were easy to distinguish from co-ops and condos—a little bit less well cared for, perhaps, older, devoid of many conveniences. But that’s all changed in the past decade. Now rental buildings boast a laundry list of amenities as a way of commanding a premium.

“There is a certain expectation now with amenity space. It’s not so much as they require it, but it’s kind of automatically assumed that it exists,” says Scott Kochman, an agent with the Level Group. “Roof decks and gyms are considered standard now. And lounges and child playrooms are an added bonus.”

For many, renting is the best compromise: it’s affordable in the short term—no large down payment necessary—yet provides flexibility and a high standard of living. “Although they aren’t building anything in terms of equity for the future, they are living the N.Y. dream one month at a time,” noted Mr. Kochman. 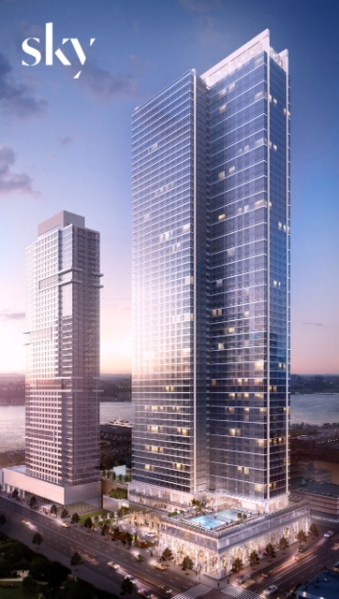 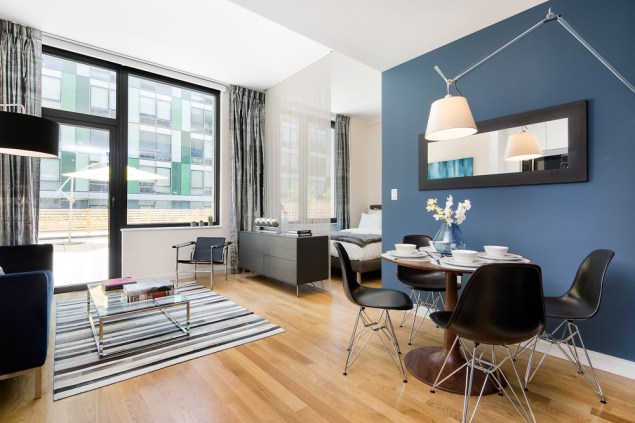 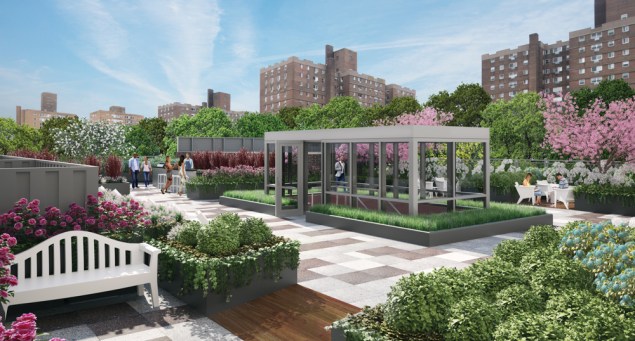 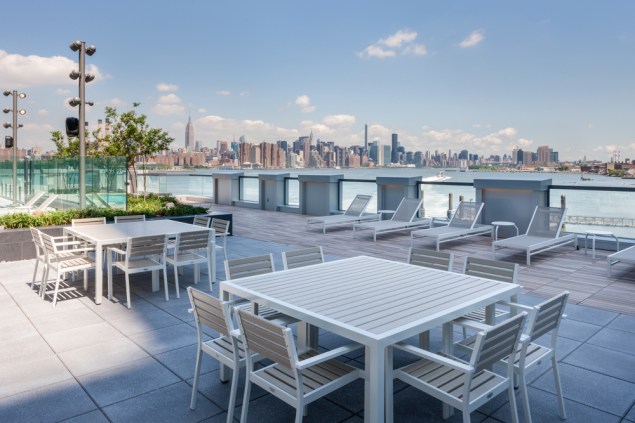 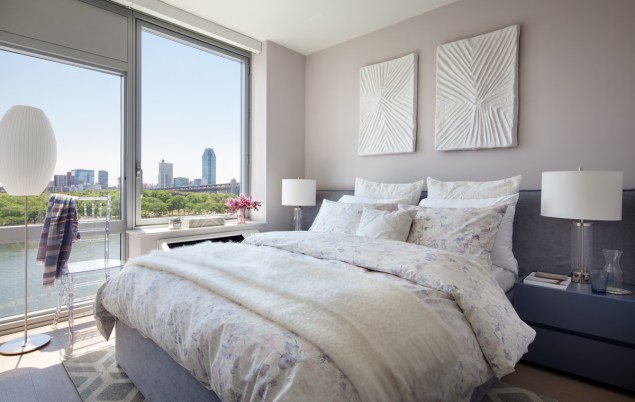 Riverwalk Point
480 Main Street, Roosevelt Island
One subway (or tram) stop from the Upper East Side, Related’s Riverwalk Point offers 266 studio, one- and two-bedroom units on its 22 floors. All have in-home washers and dryers, customized closets and bathrooms, and gourmet kitchens. In addition to the building’s private gym, residents are offered an exclusive partnership with Equinox, which includes a special membership opportunity and spa services.
Amenities: Landscaped rooftop terrace, penthouse lounge, children’s playroom.
Rent: $2,675 (studio) to $4,875 (two-bedrooms)
Website: related.com/apartment-rentals 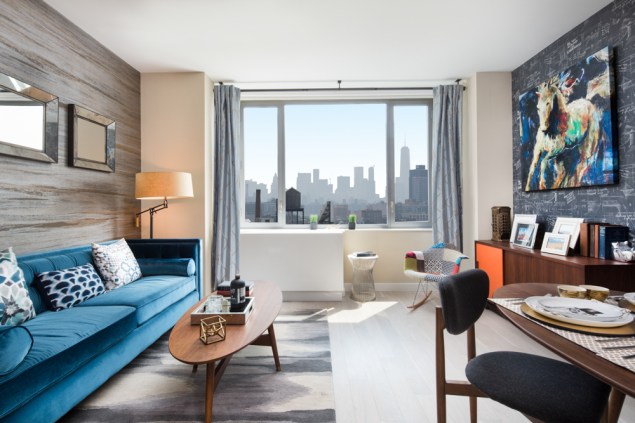 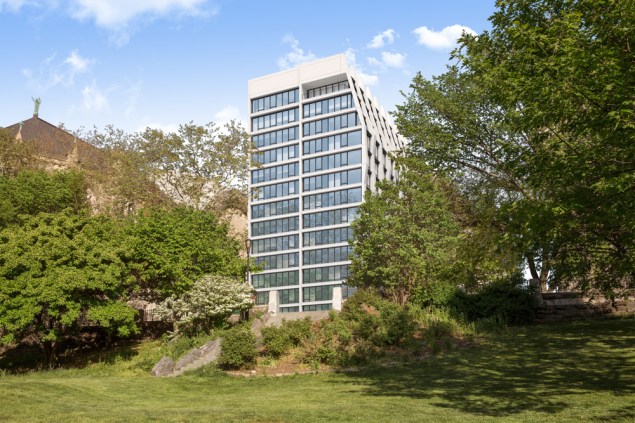 Enclave at the Cathedral
400 West 113th Street
Developed by Brodsky and designed by Handel Architects, Enclave at the Cathedral might be among the city’s most holy real estate: The development’s two towers (housing studio, one, and two bedroom homes) sit on the grounds of the Cathedral of St. John the Divine, and overlook the cathedral and its gardens. The structure’s 15-story design will mimic the muted tones of the holy building next door, and contain 430 units with more than 10,000 square feet of amenities, as if the offerings in the neighborhood (Columbia, Barnard and Morningside Park, to name just a few) aren’t enough. Opening is scheduled for this winter.
Amenities: Landscaped terrace, skylit art gallery, and access to the transcept and cathedral nave
Rent: $2,400 (studio) to $4,200 (two-bedroom)
Website: http://enclavenyc.com/ 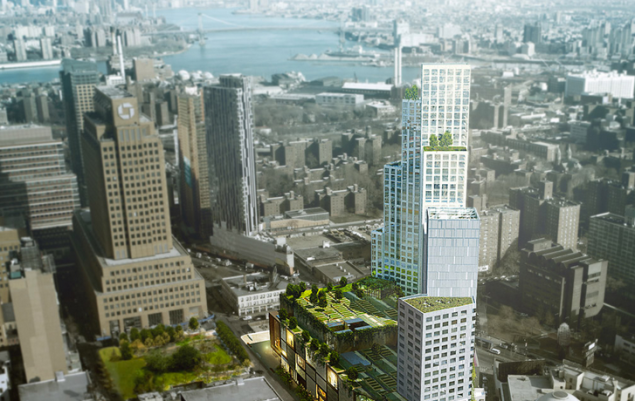 City Tower
10 City Point
Downtown Brooklyn’s new City Point development is getting its first high-rise, with the 48-story City Tower’s expected completion this fall. The building has 440 apartments, a mix of studio, one-, and two-bedroom units, as part of City Point’s “luxury community,” a new mixed-use development with boutiques, dining, and a movie theater as well as residences.
Amenities: Fitness center, basketball court, resident lounge, and terraces on the 6th and 30th floors.
Rent: $2,450 (studio) to $4,500 (two-bedroom)
Website: http://www.citytowerbk.com/ 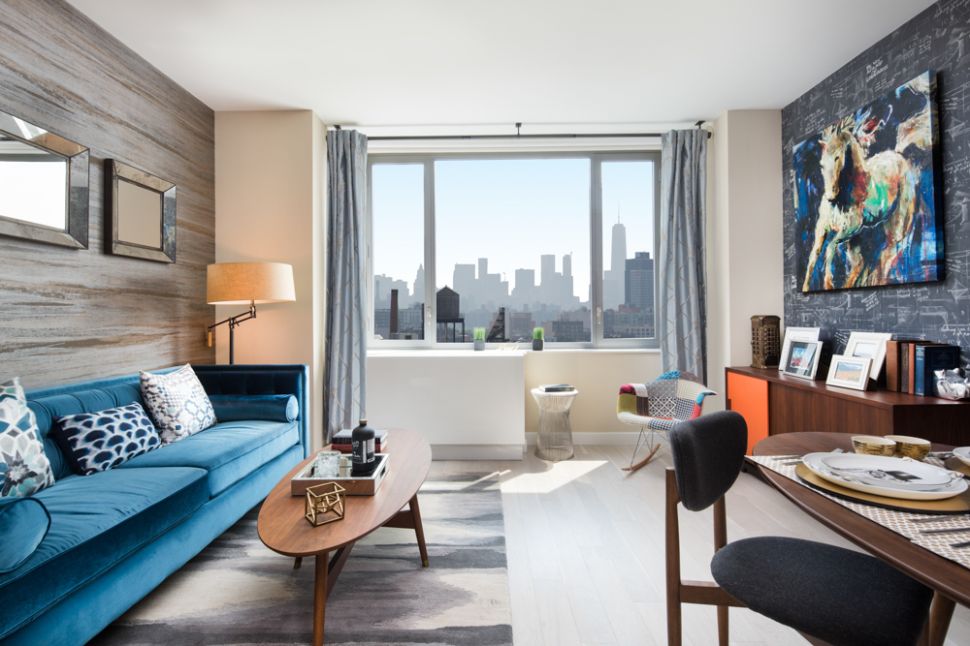