They say — and by “they” I mean mostly “assholes,” but still — that if you’re bored, you’re boring. There is therefore great risk inherent in writing about Masters of Sex Season Three, and tonight’s episode “Undue Influence” is no exception: How does one convey how dull things have gotten without becoming a dullard oneself? One solution, I suppose, is to simply skip the stuff that doesn’t work and focus on what does. So in the interest of holding your interest, let’s forget the tangle of uninteresting plot threads that choked this week’s episode like a bog-standard mid-season placeholder in a mid-tier broadcast-network drama: mother-daughter arguments, troubled teens, half-hearted Vietnam-era topicality, spurned wives, absent husbands, origin stories, so-crazy-it-just-might-work schemes, blah blah blah blah blah. Let’s focus on what stood out instead of what made you wanna lie down.

Aside from the obvious “whoa” factor of the storyline, it draws a lot of strength from its key performer. Janney has been perfectly cast from the start; her big eyes can alternate between baleful and intense at will, giving her sexual reawakening real heat. It’s entirely believable that she’d leap from decades of disengagement to a longterm ménage à trois in which the pursuit of simultaneous orgasms has not just physical but emotional and even “spiritual” importance, and equally convincing that she’s forward-thinking enough to take the sight of her boyfriend and his other girlfriend in bed more or less in stride, yet still be traditional enough to be concerned that her ex-husband isn’t getting enough to eat. Her plight takes on added pathos when she reveals just why the physical aspect of her relationship is so central to her sense of well-being: She begs Barton for permission to tell his secret to her boyfriend, so that he can understand the history that led her to a place where, in her words, “sex is the only way I know that he loves me.” And she desperately wants him to tell the woman he’s been seeing under false pretenses as well, so that he doesn’t do to her (and to himself) what he did to Margaret and their marriage all those years. She has just about as much going on as a human heart can handle, and the balance of emotions is perfectly weighted by the writing.

It’s not a storyline without its problems, though. One is the underutilization of Beau Bridges, a veteran actor of deceptive depth who is too often asked by Masters to do little more than force an avuncular smile and lie to someone’s face about how fine he’s feeling. Another is the series’ habit of repeatedly trotting out new sexual issues and kinks, from oedipal complexes to impotence to incest, but using the same characters to demonstrate them: a hypersexed cad one week only likes older women the next, say, or a character introduced as someone’s mistress is later revealed to be unable to have sex at all. If Masters wants to explore polyamory and premature ejaculation, hey, by all means. But why do it at the same time, and using the same character they’d previously utilized to examine anorgasmia and sexless marriage to a closeted gay man? It’s like if the ‘60s Batman TV show still did the villain-of-the-week thing but had Cesar Romero play not just the Joker but the Penguin, the Riddler, and Catwoman too.

Better is Bill’s lonely late-evening encounter with his devastated neighbor Paul. The former football star has been pushed past the breaking point not only by the prospect of caring for his catatonic wife (who suffered a brain embolism just before she’d planned to leave him) but the lack of empathy shown him by others. Case in point: Libby, who responds to his crushing statement that spending time with his wife is “like sitting here day and night with a corpse” by lecturing him for neglecting his marriage, using him as an obvious stand-in for Bill himself. (Too obvious to be interesting writing, honestly.)

It would seem, then, that the good doctor is the perfect person to confide in, if only because he’d just read a passage from Dale Carnegie about the importance of telling people with whom you’re having a stressful conversation “I don’t blame you one iota for feeling as you do. I understand how you feel.” But Paul’s problem can’t be addressed with catchphrases, and he reacts, quite reasonably, by telling Bill there’s no possible way he could actually understand. “My life is over. It’s just fucking over. There’s nothing left.” He collapses into Bill’s arms, crying, and Masters comforts him as best he can. The entire scene is bathed in the absolutely gorgeous blue-grey light of the magic hour, as visually lush as the dialogue is emotionally stark; the sun is setting on Paul’s driveway as well as his life.

It’s a hugely accomplished scene, as lovely to look at as anything Masters of Sex has put on screen and as rewarding a showcase for the intense interpersonal awkwardness the show has made Bill Masters’s hallmark as we’ve seen in many episodes. The period-appropriate reference to Carnegie works perfectly, and even the series’ penchant for loosely sketched supporting characters pays off. Between this and the bulk of the Barton/Margaret material, it’s not difficult to imagine a Masters that maintains that level of quality across any given hour. Somebody’s gotta do it. 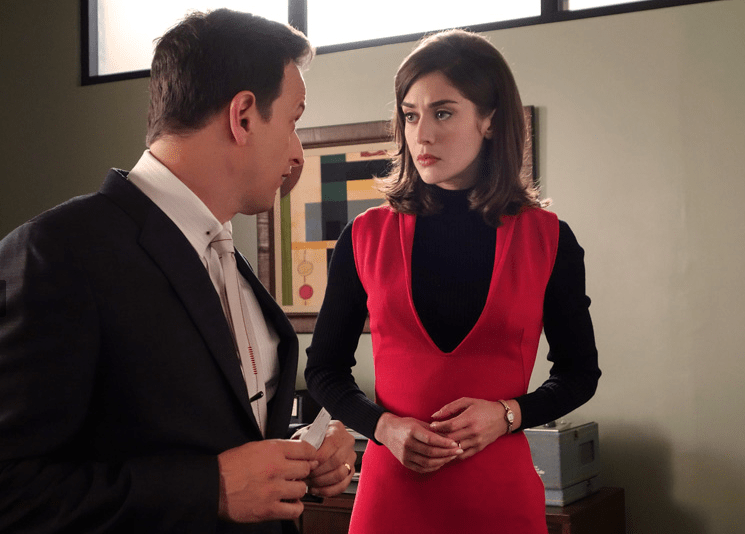