What did the boy born in Uganda to the Canadian nurse and the Canadian missionary grow up to be? Why, a management consultant of course! That’s the case, anyway, if the boy in question happens to be Dominic Barton, who’s now in his early 50s, silver-haired, 6’4 and the head of McKinsey & Company. But despite what must be his considerable corporate shrewdness, Mr. Barton has, in the description of the Times, “the countenance of a choir boy,” and when he sought to reign in the firm’s culture last year following a pair of financial scandals involving two McKinsey partners (one of them an alumnus), his parents’ ethical sensibilities no-doubt came into play. (At a previous McKinsey leadership post, in South Korea, Mr. Barton put a stop to firm-funded trips with clients to bawdy “room salons.”)

Of course, McKinsey’s partners, like those of virtually every other multinational corporation–no matter how earth-scorching–like to think of themselves as “global citizens.” And what kind of a global citizen would Mr. Barton be without a $9.65 million condo in the West Village to go with his place in London? No kind at all, for our money. Good thing, then, that he just picked one up, at 147 Waverly Place, according to city records. Adam Modlin had the listing; Roderick O’Neill, a banking type, and his wife, Ronna, who bought the four-bedroom in 2008 for $5.75 million, were the sellers.

A floor-through of 3,418 square feet, with protected 360-degree views, the condo boasts 10.5-foot coffered ceilings, and six-foot windows that look onto historic neighborhood townhouses. Inside, things are uniformly–and quite attractively–modern. A Valcuccine chef’s kitchen comes complete with stainless steel counters, a walnut “breakfast” bar and double ovens and dishwashers–lest Mr. Barton be tempted to pull on the ol’ rubber gloves. The master suite occupies a (rather small) private wing of the apartment, offering views that stretch north to Rockefeller Center. 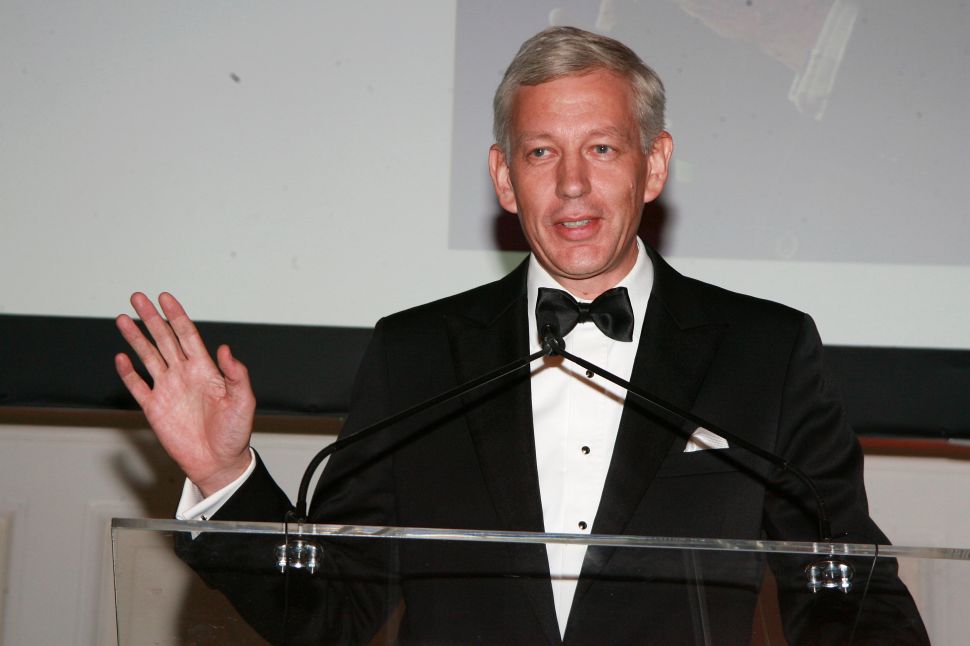