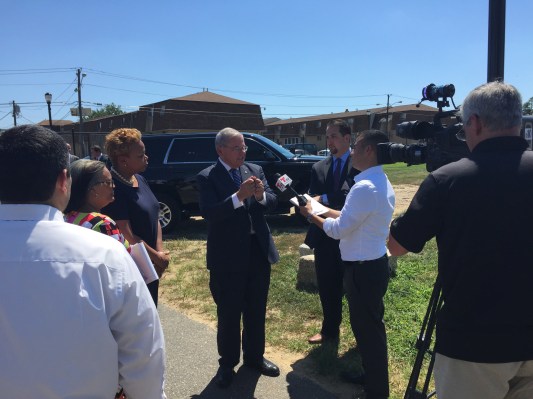 CAMDEN – Senator Bob Menendez paid a visit to Camden on Monday afternoon to tour the city’s Whitman Park neighborhood with Mayor Dana Redd and express his support for Camden’s stake in the Department of Housing and Urban Development’s (HUD) Choice Neighborhoods initiative. Menendez is the sponsor of legislation to make the Choice Neighborhoods program a permanent fixture of the federal budget.

HUD officials will be visiting the city next week to conduct what Redd termed a “technical visit.” Camden is in the running among nine other cities to receive a federal aid package whose terms are still under debate in the House and Senate. The city stands to receive between $20 and $30 million if chosen.

Speaking to the range of benefits that such an award could bring to the city, Menendez said that “[quite] simply, these programs can change lives.”

“They have dictated so far what the appropriation process will be,” he said of the House and Senate, adding that “ they are pushing funding bills that would severely undermine this program that is designed to help cities like Camden transform those lives.”

President Obama’s initial line item request asked for $250 million awards for distressed American cities, a figure that shrank to the likely $20 million sum that Camden is vying for. Menendez argued that the economic development programs, home ownership incentives and educational initiatives would need “more than 10 times that amount to stay alive and to be effective.”

Executive Director of the Housing Authority Dr. Maria Marquez pointed to successful revitalization efforts in the Camden neighborhoods of Centerville, McGuire Gardens and Baldwin’s Run, and said that the award would allow the city to offer greater opportunities for potential home owners.

“Those neighborhoods look like anything that you would want to live in in Cherry Hill,” said Redd of neighborhoods where federal dollars have improved distressed housing in the past.

Redd added that the funds would bolster Camden’s ability to appeal to businesses and “leverage private investment,” saying that curricula are already being developed in which high school students would be trained for “permanent positions and permanent jobs paying livable and sustainable wages” brought into the city.

The same group that appeared with Menendez will appear at the HUD visit, including Chairperson of the Housing Authority Deborah Person-Polk, Councilman Brian Coleman, Freeholder Jonathan Young, and Superintendent of Schools Paymon Rouhanifard. 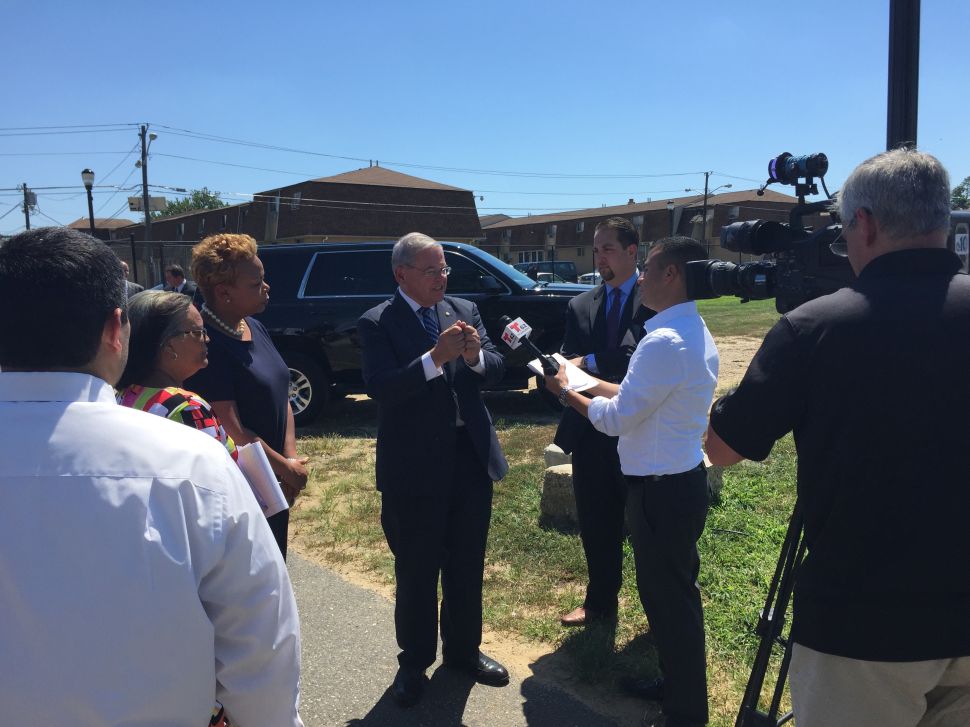