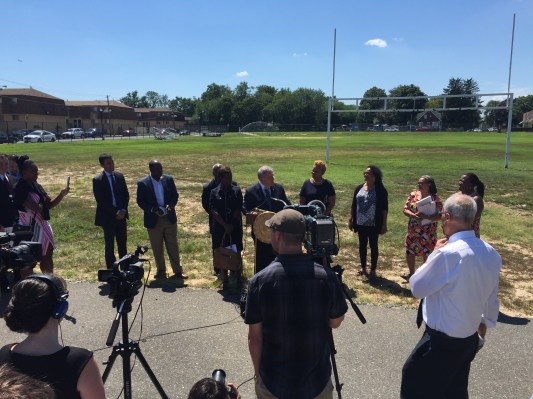 CAMDEN – With the first Republican primary debate taking place Thursday night on Fox News, many are wondering what Governor Christie’s chances are in a race that has been more than competitive for all but front-runner Donald Trump. New Jersey Senator Cory Booker has been among the few who have come out to support the  governor’s bid, calling him “the most underestimated person in the field.”

At a press conference during a stop in Camden on Monday afternoon, Senator Bob Menendez told PolitickerNJ that he understands Booker’s loyalty.

Christie recently placed 8th in a poll from Monmouth University which sought to measure each competitor’s chances in New Hampshire. With New Hampshire just one of several important primary battles to come, Christie’s campaign may need to battle the perception that it has stagnated while Trump has advanced.

The governor claimed not to be riled by the poll, and was quoted as saying “[you] think nationally people are on the edge of their seat waiting for the Monmouth University poll to come out? I mean, please, stop.”

“I wish the governor well in a very crowded field,” said Menendez, “however I am unlikely to be voting for any Republican nominee.” The crowd laughed.

When someone in the crowd mentioned Joe Biden in an audible stage-mutter, Menendez replied “[you’re] going to have a field day if I stand here long enough.” 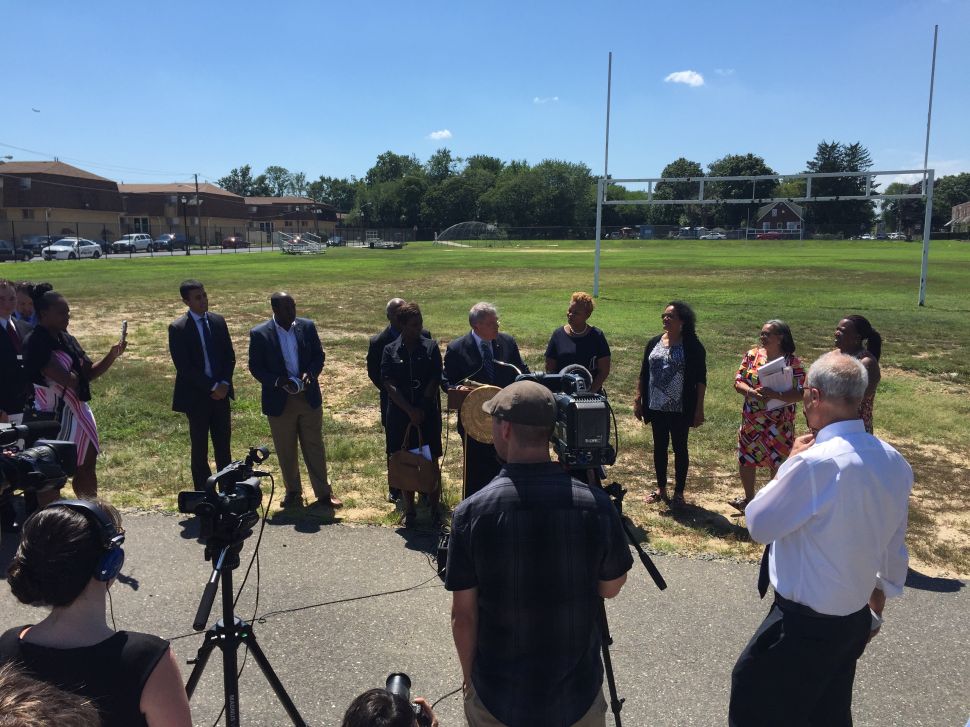