Clothes are our chosen skin,” says Orsola De Castro, founder of From Somewhere, a fashion brand that makes clothes out of recycled luxury materials and co-founder of Fashion Revolution, a movement to ensure the fashion industry values people, the environment, and creativity in equal measure with profits. “We communicate who we are, to a certain extent, through clothing. It is fundamentally a part of what we wish to communicate about ourselves to the World.”

Part of that communication is predicated on where our clothes come from, how they are made, and the global implications of these processes. These characteristics are seldom communicated by clothing brands and rarely considered by consumers because they represent the dark side of the clothes we wear.

On April 24, 2013, an eight-story sweatshop factory outside of Dhaka, Bangladesh, collapsed, killing over 1,000 and injuring many more. The incident was a stark reminder of an increasing trend where clothing manufacturers leech funds from maintaining labor conditions in third world countries to minimize costs and maximize profits.

Workers in third world countries produce nearly 97 PERCENTof the clothing items in the Western World at some of the cheapest rates in the fashion industry’s history. The Dhaka tragedy was a wake up call for activists such as Andrew Morgan, who undertook a two-year project to complete the documentary, The True Cost. The film explores, in heart-wrenching detail, the relationships and values of mass production oriented clothing manufacturing, from interviews with a cotton farmer in Lubbock, Texas, who lost her husband to a brain tumor seemingly caused by constant exposure to pesticides, of which cotton uses more than any other conventional crop, to poignant discussions with Shima, a 23-year-old garment worker in Dhaka, Bangladesh, who leads a union in her factory despite the constant abuse and violence she and her peers are subjected to by her bosses because of it.

“The film is a broad and ambitious introduction to the topic. I think its greatest strength is that it is a wake-up call to these issues. A couple of years ago I hadn’t put much thought into the clothing choices I made before I started researching for the film and I think most people buy their clothes in this disconnected way,” said Mr. Morgan, in a phone interview with the Observer. He has now changed his shopping habits since beginning research on the film and encourages others to do the same. “I’m not yet in the place of buying 100 percent secondhand clothing, but I now look at purchasing clothes in a thoughtful, thorough way that sees them as something to be proud of and hold onto for a long time, rather than looking at it as something disposable, purchased on impulse.”

There are other costs, as well. This disposable, mass production of fast fashion is amplifying one of the biggest environmental problems you’ve probably never heard of.  Billions of micro fibers—small bits of plastic easily consumed by aquatic life—are being emitted into the environment from the clothes we wear. The rampant, voracious mass production of the fashion industry is exacerbating the issue without any support to addressing the problem.

Based on a study conducted in 2011, 60-85 percent of human-made material found on shorelines consists of micro fibers from clothing. The leading author of the study pioneering the work on micro fiber waste, Mark Anthony Browne, is currently working with researchers at the University of South Wales and University of Sydney in Australia to create libraries of the different types of micro fibers omitted into the environment from our clothing and how they adversely affect aquatic life. His research has attracted the attention of marine science researchers and government agencies in Australia, Europe, and the United States, but has received no support from major clothing brands.

“No Product is impactless, but science should be the guide in choices to create the most benign and safe production practices to reduce emissions of micro fibers to a sustainable trajectory,” Mr. Browne told the Observer in a phone interview. “Clothing manufacturers currently have no incentive to address environmental concerns because clothing fibers, based on current pollution laws, as hazardous materials are scaled on the same level of food scraps.” The future of our environment does not bode well because the current professionals in the clothing industry, according to Mr. Browne, “have no scientific training or basic qualifications to address these concerns. Their emphasis is on marketing, which is fine for the business model of the industry, but is dangerous given the malignant affects their lack of oversight is having on the environment.”

Based on a study conducted in 2011, 60-85 percent of human-made material found on shorelines consists of micro fibers from clothing.

The clothing industry’s refusal to deal with the problem is a major impediment in research and tangible solutions and government policy makers are lagging behind as well. “These fibers are increasing in frequency in our environments, infiltrating the food chains of aquatic life, even making it into the seafood that people eat,” says Browne. “The scientific research is starting to produce insurmountable evidence demonstrating the negative impacts of microfibers, but if policy makers don’t begin asking serious questions, they’re going to one day be asked how this situation was allowed to arise. By then, it may be too late. Micro fibers are not easy to pick up once they are present in the environment. It would be incredibly expensive, if not impossible to manage at that point.” 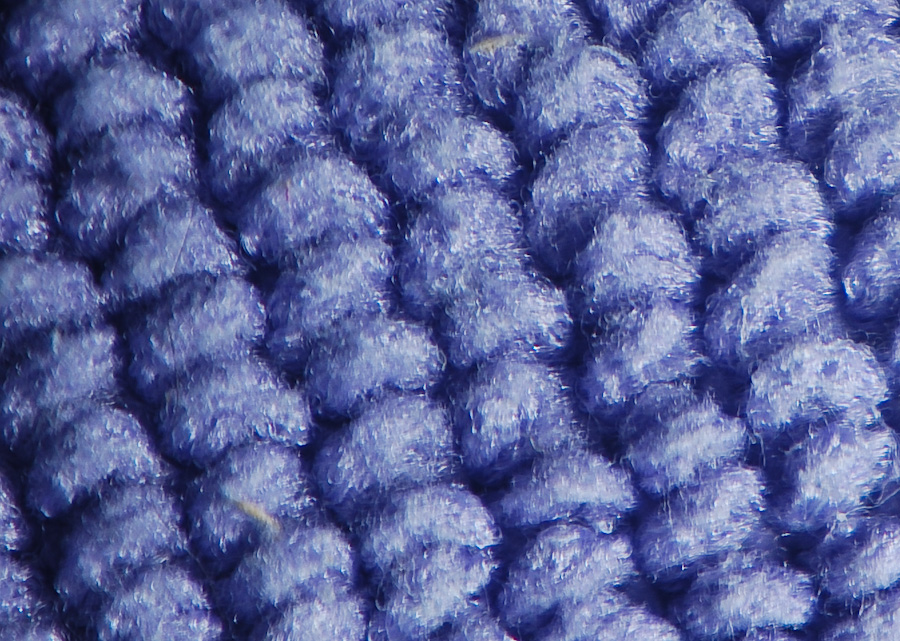