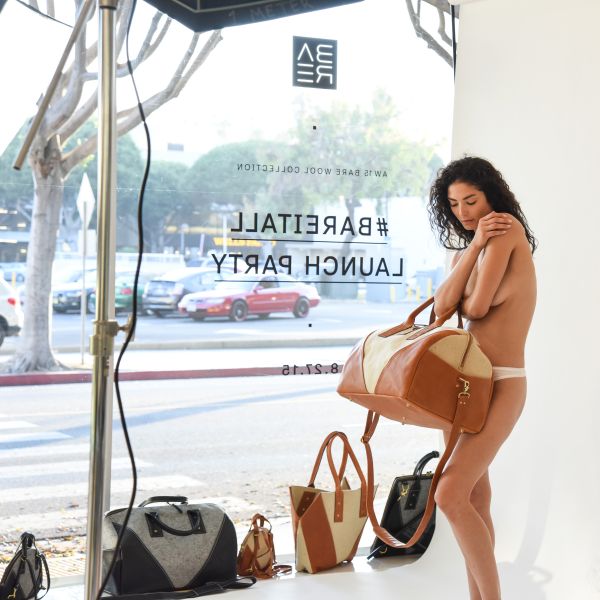 A model poses with a BARE duffel. (Photo: BFA)

Be it Rafael Nadal-sponsored tennis attire or a handbag line, one marketing tactic seems to be all the rage these days amongst fashiony folk: parading around nearly-naked models. 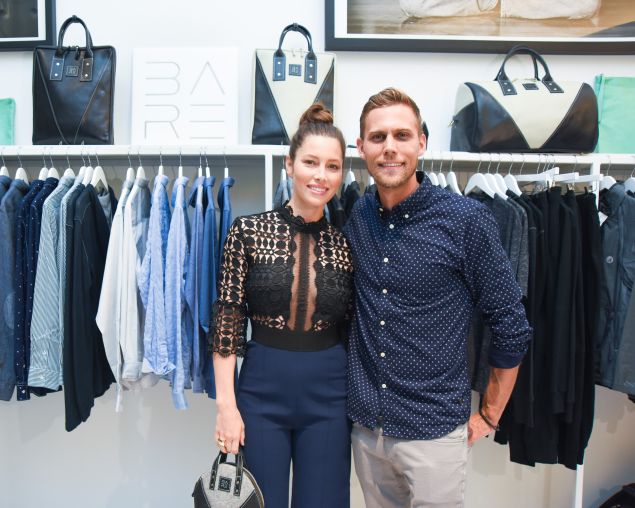 On a photography set within the store, attractive men and women posed clothes-less, nothing on their bodies but underwear and one of BARE’s luxurious travel totes. 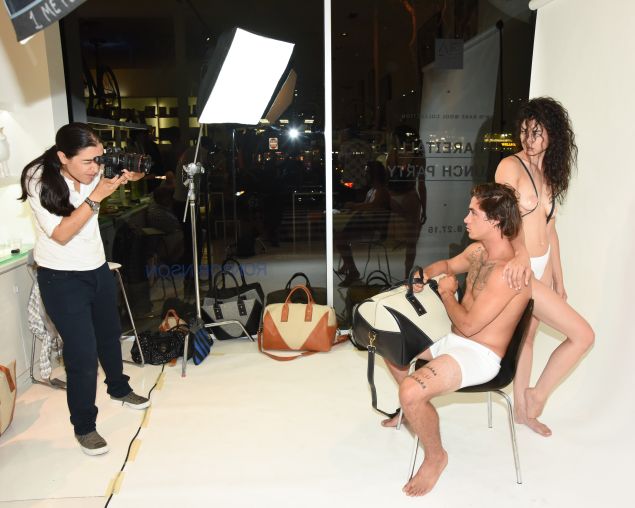 The reason for the nearly-naked photo shoot? Last night’s event also celebrated the brand’s #BareItAll campaign, a collaborative photography project wherein “interesting, dynamic people around the world” were photographed naked alongside BARE accessories. In one shot, a 51-year-old “photographer, artist, and visionary” poses on a white couch, a BARE bag by her side. In another, a 28-year-old singer/songwriter sits naked in a swivel chair before a keyboard, a BARE bag on the floor next to a guitar and a set of headphones.

Ms. Biel’s brother, Justin, as well as designer Mr. Ratowsky were also photographed for the campaign. 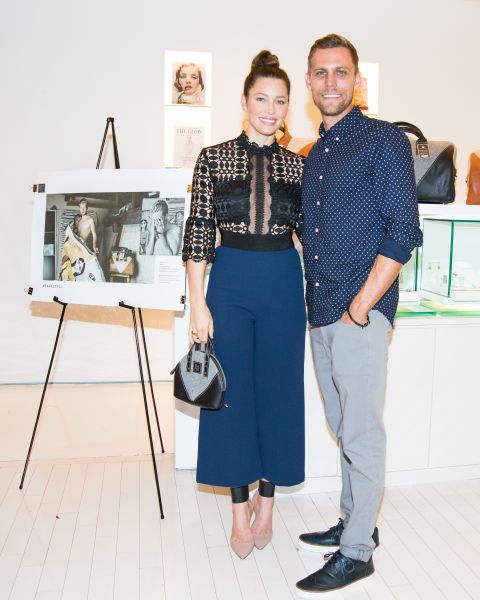 Jessica Biel and brother Justin pose next to one of the photos from the #BareItAll campaign. (Photo: BFA)

“Participants are shot in the bare to communicate the idea of openness in respect to individual differences, vulnerability in respect to true self portrayal and magnificence in respect to pure self-expression,” was the brand’s grandiose claim. 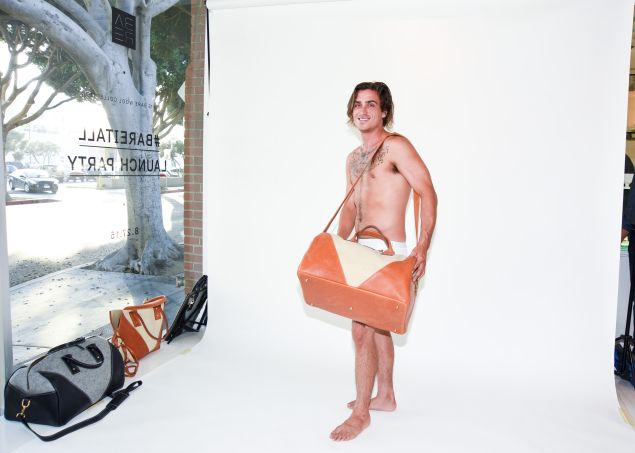 Perhaps not the best traveling outfit, but a nice photo. (Photo: BFA)

As far as we can tell from last night’s photos, Ms. Biel, who looked ultra-chic in a Self Portrait jumpsuit, did not join them in stripping down. 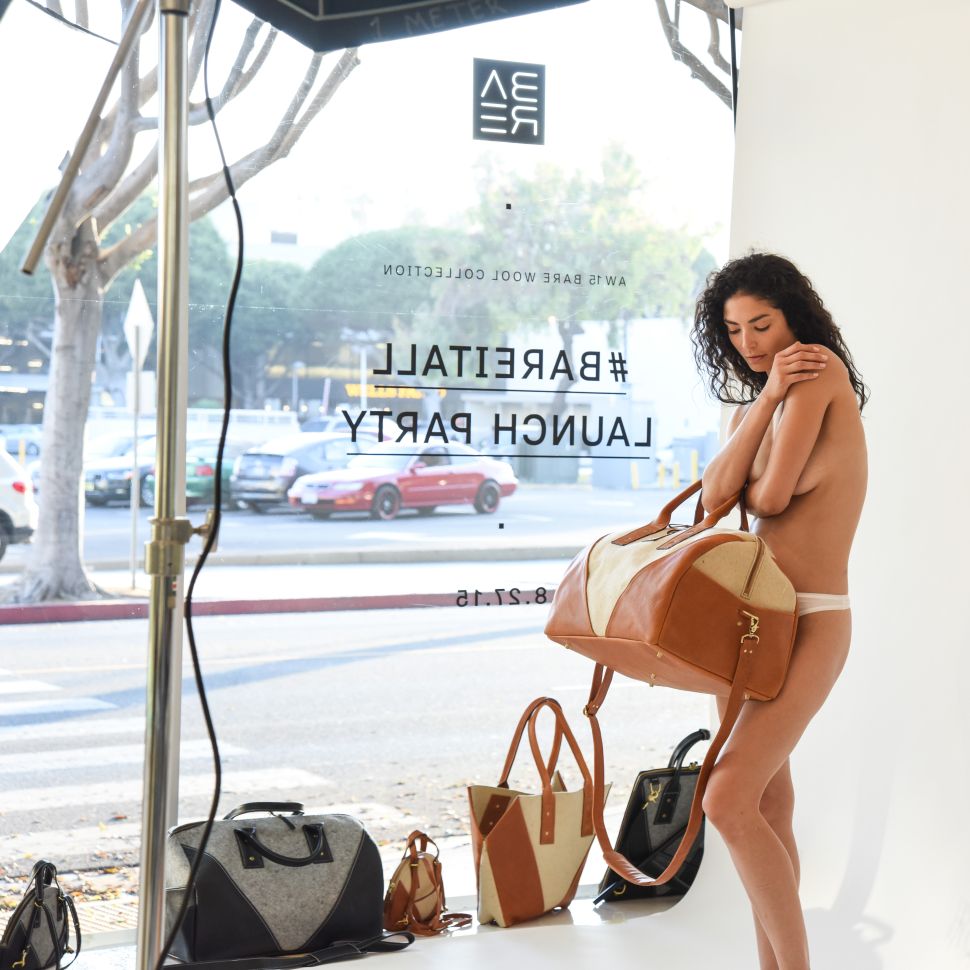