How low can he go?

Mayor Bill de Blasio has the lowest net approval rating of his time in City Hall, with 44 percent of voters disapproving of the Democratic mayor, according to a Quinnipiac University poll released this afternoon. Exactly the same percentage of voters approve of the mayor.

This is the first time in a Quinnipiac poll that as many voters have disapproved of Mr. de Blasio’s job performance as approved.

“The election calendar keeps getting shorter. So even though it’s two years away, Mayor Bill de Blasio has to be concerned that his re-election numbers are narrowly negative,” said Maurice Carroll, the assistant director of the Quinnipiac University poll.

Critics of Mr. de Blasio will pounce on the fact that the poll shows 47 percent of voters believe he does not deserve re-election, as opposed to only 41 percent that do. But there are bright spots for the mayor: 53 percent of Democrats still say he should be re-elected, compared to 35 percent who don’t. The lousy numbers are driven by Republicans and independents: 88 percent of GOP voters and 56 percent of independents don’t think Mr. de Blasio should have another term in office.

Only registered Democrats can vote in Democratic primaries and the city electorate is overwhelmingly Democratic. As long as Mr. de Blasio maintains his supports among blacks and Democrats in 2017, he can survive re-election, observers say.

“This is a mayor who focuses on the fundamentals New Yorkers care about, not political chatter,” said Wiley Norvell, a spokesman for Mr. de Blasio. “What matters are results: crime is down 6 percent from last year’s record lows, more affordable housing is being built than at any time in the past forty years, and the city has added more than 150,000 jobs since the mayor took office.”

A series of controversies have buffeted Mr. de Blasio since the last Quinnipiac poll was taken in May, likely driving up his disapproval numbers. He publicly fought with Gov. Andrew Cuomo—which apparently did not help him with voters, based on this poll—and faced a multi-million dollar advertising onslaught from Uber, the e-hail giant which opposed his attempts to regulate the industry.

But poll struggles are certainly not unprecedented for New York City mayors. Reeling from a post-9/11 recession, former Mayor Michael Bloomberg suffered through negative approval ratings throughout much of his second year in office. 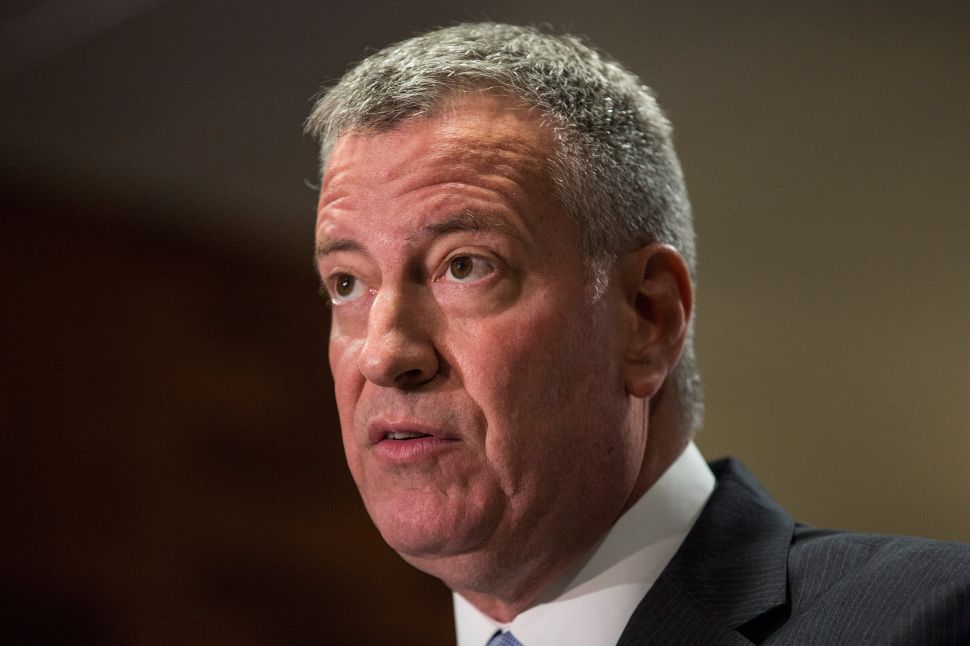