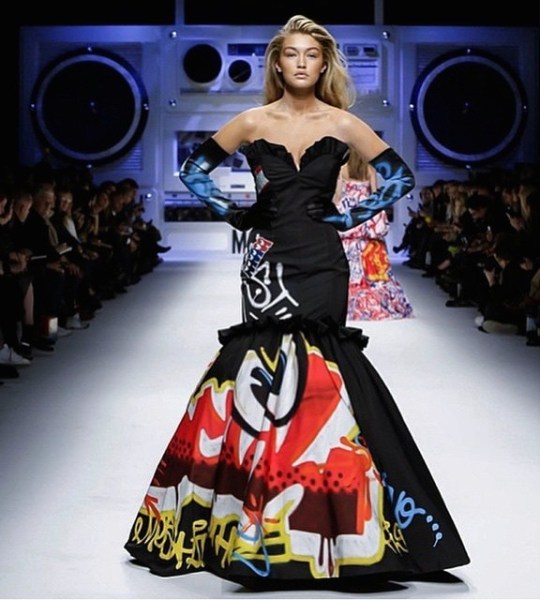 A Fall/Winter ’15 Moschino/Jeremy Scott dress worn by model Gigi Hadid has been called copyright infringement by the artist RIME. (Photo: Courtesy of Moschino)

Rime created the work in question, Vandal Eyes, for the street art organization The Seventh Letter in Detroit in 2012. Now, lawyers for the artist claim that the artwork was used on dresses for Moschino’s fall/winter 2015 collection, one of which was worn by pop star Katy Perry in May at the Metropolitan Museum of Art’s Costume Institute Gala.

The complaint, which was filed in Los Angeles, California today, details Moschino and Mr. Scott’s use of the likeness. The dress with the infringing image was seen first in a runway show in Milan, and then very publicly at the Met Gala in New York—a high profile celebrity event.

“Moschino and Jeremy Scott––two household names in high-fashion––inexplicably placed Rime’s art on their highest-profile apparel without his knowledge or consent,” said Rime’s attorney in the complaint. “The only person harmed was Rime. Not only was his art exploited by Defendants, but his credibility as a graffiti artist was compromised by inclusion in such a crass and commercial publicity stunt.” 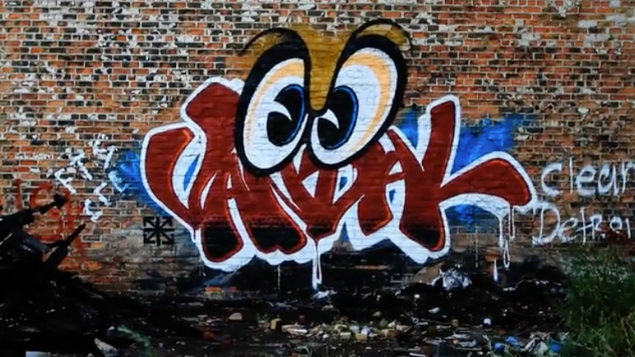 The attorney dug even deeper, saying that Ms. Perry’s inclusion on a number of ‘worst-dressed’ lists while wearing the garment contributed to damage done to the artist’s name, according to Vogue UK.

Evidence included by the prosecutors even includes Rime’s signature on the Moschino clothing. “In case consumers entertained any doubt that the artwork in question was Rime’s, Defendants also added Rime’s name and fake signature on the clothing, in advertisements, and in media photographs,” said the attorney in the filing. 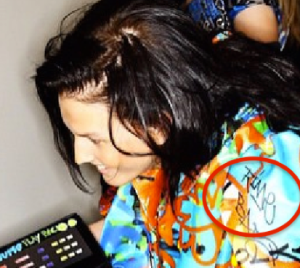 Media photograph provided by the prosecution in Tierney vs. Moschino.

Moschino’s parent company, Aeffe, said that while it couldn’t comment on the specifics of the case due to ongoing litigation, it intends to vigorously defend the lawsuit. “Many of the allegations, especially the inflammatory and gratuitous allegations of wrongdoing are false,” a statement from the representative reads.

Mr. Tierney’s work has been featured in high-profile museum exhibitions, including in the Museum of Contemporary Art in Los Angeles, as part of the 2011 show “Art in the Streets.” In 2008, Mr. Tierney was selected as one of only four artists to create an officially sanctioned reinterpretation of the iconic Mickey Mouse character by Disney. 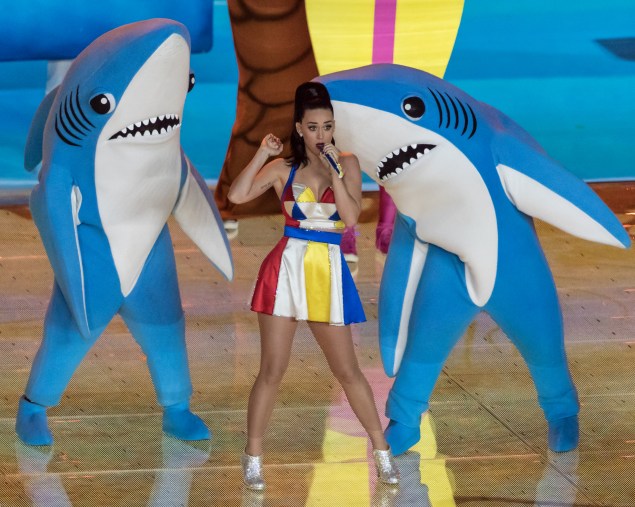 Jeremy Scott, who went to Brooklyn’s Pratt Institute of Art and Design to study fashion, exploded onto the fashion map in 1999 with a collection that Vogue called a “brilliant finale,” full of “biting humor and talent.” He connected with Ms. Perry, dressing her for last year’s Superbowl halftime show, which drew rave reviews, and he just opened a Soho store that the Observer calls “a fashion playground.”

Mr. Scott has been accused of committing copyright and trademark infringement before, most recently in 2013 when he was accused of plagiarizing designs from Santa Cruz Skateboards.

UPDATE: This story has been revised to include a comment from Moschino’s parent company. 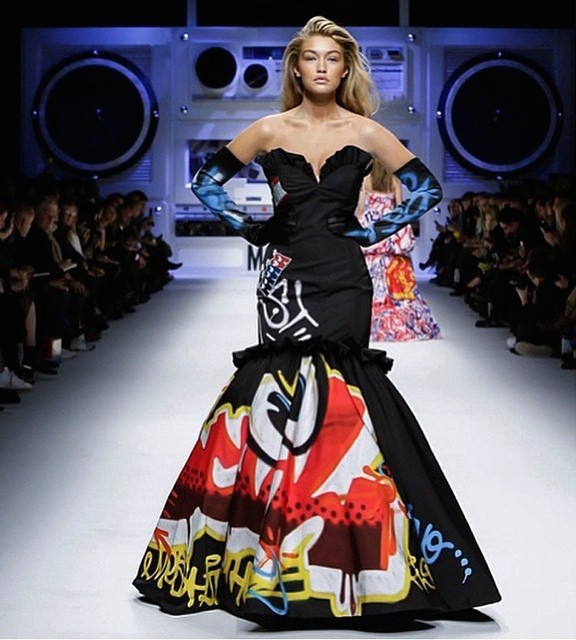