The Munich City Council has decided to move ahead with plans to commemorate the last known addresses of Holocaust victims in their city, but stopped short of allowing the installation of the so-called Stolpersteine (stumbling blocks) project, Europe’s largest memorial.

The Stolpersteine project, which involves coaster-sized brass plaques embedded in the streets in front of victims’ homes, faced opposition in the City Council, most prominently from the leader of Munich’s Jewish community Charlotte Knobloch, an admittedly unlikely opponent.

Ms. Knoblock argued that the victims’ memories would be dishonored further when the plaques were walked on by pedestrians, as Art Daily reported.

Sculptor Gunter Demnig created the Stolpersteine project in 1996, with the aim of allowing the dimensions of the tragedy of the Holocaust to be perceived on a human scale. There are close to 54,000 Stolpersteine in more than 1,200 cities and towns in Europe, including 500 other locations in Germany.

However in Munich, where the Nazi movement began and where nearly the entire Jewish population of 10,000 was killed during the Holocaust, the Stolpersteine have been notably absent. Discussion over how and whether to incorporate the memorial stones has dragged on for months, before a compromise was reached last week. The compromise allows plaques on private property with the owners’ approval and on top of posts on public property. There will also be a central memorial with a list of the victims’ names. But sidewalk plaques remain against the law.

A petition against the ban on the Stolpersteine on public property has been created, with almost 99,000 signatures, and a group of concentration camp survivors and victims’ relatives plan to launch legal proceedings against the ban. 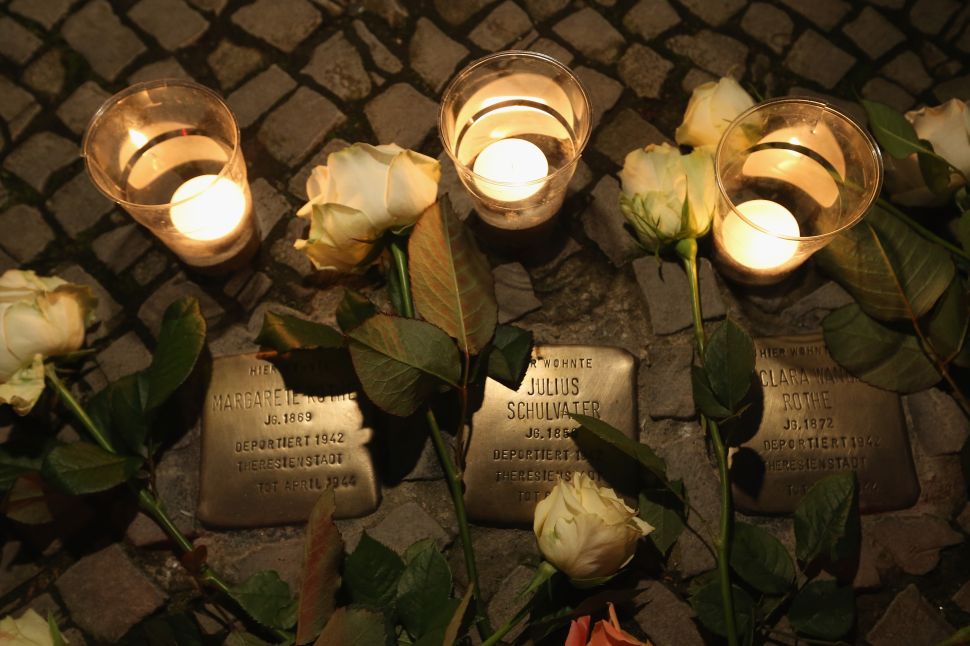