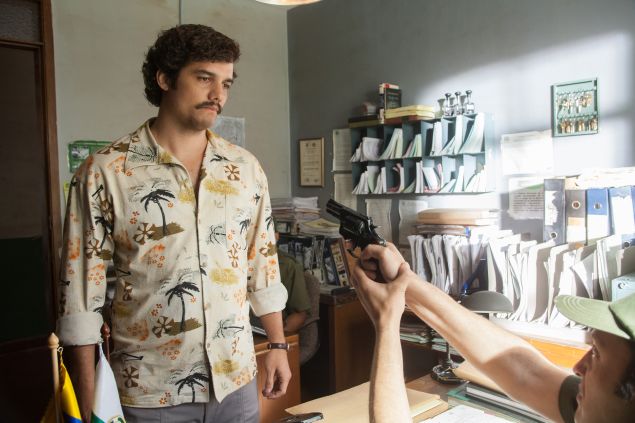 Netflix released the season last Friday, and the premiere episode was pretty decent. Nothing earth-shattering, but a fast-paced, super watchable hour of bravado and violence. Here are some bullet points from Ep 1.

The show opens with a definition of magical realism

Specifically, it opens with a chyron announcing: “Magical realism is defined as what happens when a highly detailed, realistic setting is invaded by something too strange to believe. There’s a reason magical realism was born in Colombia.”

It’s a nice way to start, especially coupled with beautiful aerial shots of Bogotá, but the sentiment is ultimately a bit confusing as it sets up a tone that isn’t actually realized by the show. However, speaking as someone who stopped reading “One Hundred Years of Solitude” halfway through because I couldn’t keep track of the horde of characters who all have the same three names, I’ll concede that confusion might be a key aspect of what magical realism’s all about.

Which would all be a little on-the-nose, if Steve Murphy weren’t a real guy known for serving on the Escobar task force. This so-called narco is played by Boyd Holbrook, who delivers a burned-out, cool cop vibe that’s one part Marty Hart, one part Ray Velcoro, and one-and-a-spiral parts Rust Cohle. We first meet Steve in 1989, inside the Bogota apartment he shares with his wife and unhappy infant. “As you can see, I am deeply imbedded in Colombia,” Steve says in voiceover, and we can assume he’s referring to his choice to grow a goofy caterpillar above his lip.

Okay, this isn’t exactly true, but he is apparently quite the family man. And everyone he murders this episode totally deserves it. Well, except the pregnant woman who had a heart attack when two of the 17 bags of coke she swallowed to transport into Miami burst open inside her stomach, but that was like, involuntary manslaughter at worst. And the fact that he offers half-a-million for the head of Steve Murphy? He probably just really wants to raise that caterpillar, nurturing it until it becomes a butterfly.

The episode does not pass the Bechdel test

Not even close. In fact, a woman doesn’t even get to speak until Minute 21, and there are no female characters who aren’t the wives or mothers of our main dudes. Props, however, to Pablo’s mom, a badass who nonchalantly sews several kilos of cocaine into the lining of a blazer when her son is merely a burgeoning bad guy still figuring out how to transport drugs.

“Narcos” totally learns us some stuff

The show actually manages to be rather education without becoming boring. For example, a sequence midway through acts as a brief tutorial on how cocaine gets made. (Pick the coca leaves, stomp the shit out of them, soak ’em in water until they turn to paste, bake this paste in the oven as if it were the world’s most special birthday cake or Tuesday’s desert if you’re Keith Richards.)

We also see the inside of a science lab, where folks are studying the effects of cocaine on lab rats, essentially turning them into little rodent cokeheads. (“Hey man, have you seen my cheese around? Actually, never mind, I don’t even have an appetite, like AT ALL. Dude, did I ever tell you about the time I escaped my cage and made it all the way to the sink? Haha, shit was inSANE. Oh my god, I can’t feel my tail!!!”)

And then there’s an interesting bit about what actually caused Reagan to initiate his own personal war on drugs. Turns out, it wasn’t the thousands of dead bodies turning up in Miami or all the young lives lost to addiction, it was the fact that billions of dollars were leaving of America for Columbia. Makes much more sense now, doesn’t it?

And finally? We learn how to say “eat shit” in Spanish. 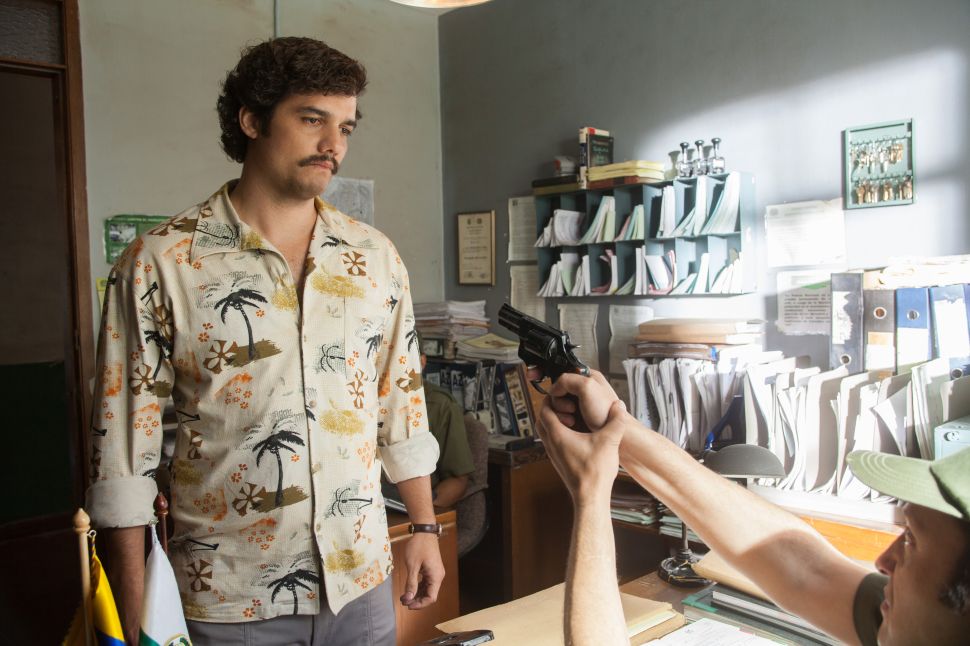