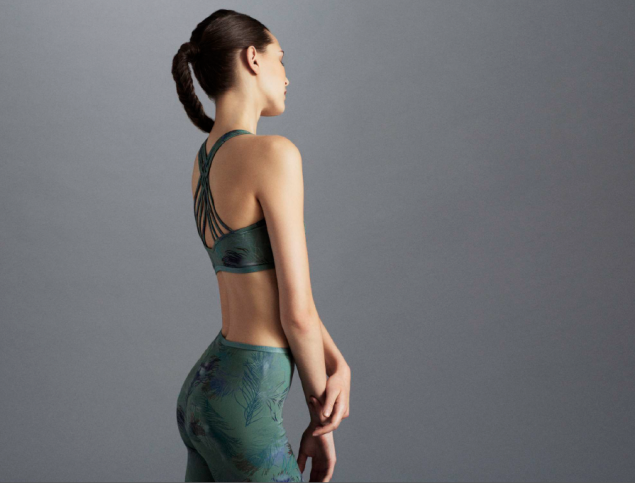 Maybe it is because they suggest the completion of a challenging workout, or maybe it is because they are just so darn comfortable. Whatever the case, Manhattan’s fitness enthusiasts are oft compelled to strut through the streets in high-end workout clothes—whether they hit the yoga or spin studio that day or not.

For those jumping onboard the leggings-all-day trend, Live the Process launched their Fall/Winter 2015 collection yesterday at Upper East Side boutique Fivestory. The luxury activewear line was founded by Robyn Berkley, who in 2011 left PR firm People’s Revolution to travel to Bali and get certified as a yoga teacher. While there, she realized she wanted to start a wellness brand. Live the Process launched in Barney’s in February, 2014, and now retails with Fivestory, Net-A-Porter, Holt Renfrew and other specialty stores across the country. 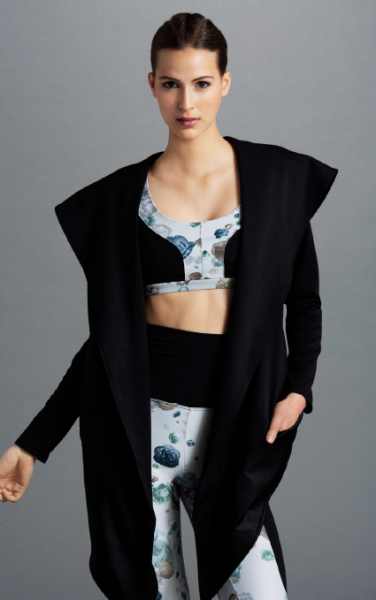 The blanket wrap paired with a scoop bra and leggings. (Photo: Abbey Drucker)

Forget high-performance mesh or dry-fit. In designing the luxe activewear line, Ms. Berkley said she did not want to create something sporty à la Nike or Adidas—”I didn’t need to be adding another brand to a marketplace that was already established,” she told the Observer. Rather, she said, “I wanted something softer, something ballet-inspired, that held in your body and that was made from the most luxurious fabrics I could find.”

Even amongst high-end athleticwear, the collection stands out from Mara Hoffman’s ultra-bright, colorful prints and Stella McCartney’s high-tech Adidas offerings. Among Live the Process’ new items are various leggings, bras and leotards in “romantic, muted colors,” as Ms. Berkley described them. She pointed out leggings with a peony print—dull teals and greens on a black background. “It’s not meant to distract your practice—it’s meant to make you feel beautiful and motivated,” she said.

She showed off one of Live the Process’ most popular items, a cozy-looking black blanket wrap with a hood. “It’s very luxe,” she said. “It feels really great on the body.” 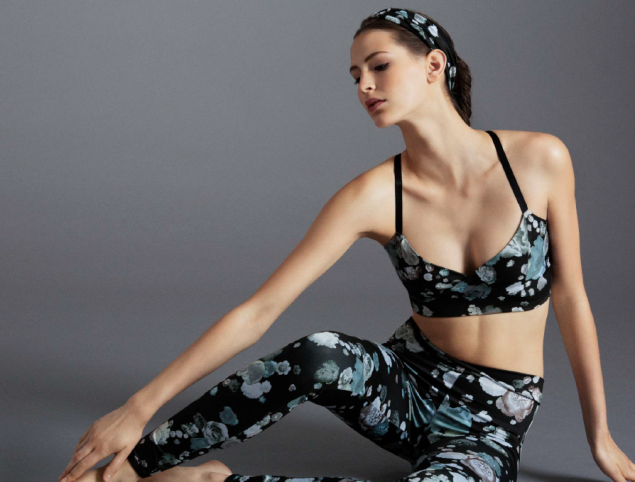 The V-bra and leggings in a floral print. (Photo: Abbey Drucker)

“People, when they buy our stuff, they’re like, ‘I feel motivated to work out. I feel really great about myself,'” Ms. Berkley said. She, personally, is a fan of cross-functional training, Pilates, and yoga classes at Sky Ting Yoga.

Of course, not all who don sports bras and leggings are headed for the Pilates reformer.

“I think people wear it all the time,” Ms. Berkley said of luxury activewear. “People have even just been walking in here in their gym gear. From day to day, if they have kids, it’s really easy to wear—and especially on the weekends, it’s really comfortable.” Ms. Berkley has a friend who wears Live the Process’ high-waisted leopard-print shorts with ankle boots and a t-shirt, and “looks really cute.” 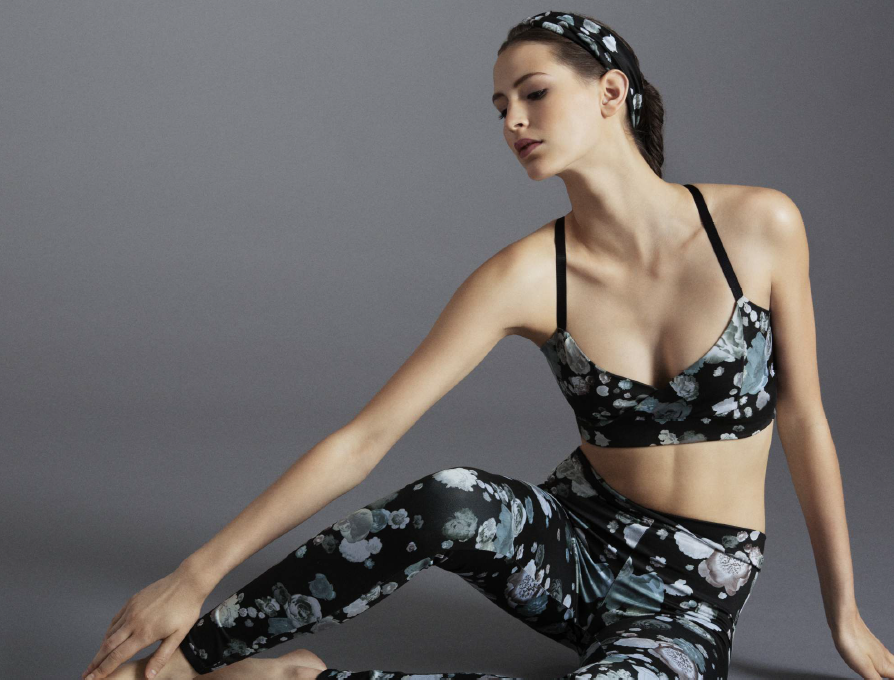