I heard whispers of a new J.G. Melon outpost opening in Greenwich Village with the spectacularly vague arrival date of “soon.” In late May, I started to piece it together. While dining at J.G. Melon’s uptown location originally opened in 1972, I was told by my waitress, who ironically used to be a writer for the Observer a few decades earlier, that the restaurant’s new downtown spot would be opening the following month on the corner of Bleecker and MacDougal-just two blocks away from my apartment in the same neighborhood.

Since then, I had made it a point during my walk to and from work to check in on the progress of the coveted corner piece of real estate. It started with the signature shade of green siding piped with white on the exterior, then the frosted sconces I spotted through a tear in the beige paper covering the windows, then the watermelon artwork and tchotchkes I noticed through an open door one afternoon while the newly varnished floors aired out, and finally, the checkered table cloths just a few days before the official opening. My time finally came over the weekend to try it for myself.

As promised by co-owners, restauranteur Danny Abrams (who also owns the neighboring Mermaid Inn) and his brother Steve Abrams (owner of Magnolia Bakery), the food was exactly the same as one might find far uptown at the original 3rd Ave & 74th St location. The burger was just as juicy in its recommended medium state, and the cottage fries just as crispy. The moments of absolute antiquity, the ones that draw me to the eatery, seemed to be missing though.

Before a visit to Melon’s, like many others have done before me, I usually practice the ritual of stopping at an ATM to withdraw enough cash for a burger, fries, and two Goose Islands. Instead, the new Melon’s accepts all major credit and debit cards. My bill was also printed from a computer, rather than tallied and scrawled on a notepad by my server at the end of the meal. On one occasion uptown, I was even asked to change my name by the curmudgeonly host overseeing the waiting list, which operates by first name only, since there was already a Zachary two spots ahead of me. We settled for my friend’s name.

I could not help but feel that these hallmarks of yore that I found refreshing and, in some ways, democratic, had disappeared. If you don’t have cash, you find some. If there’s an hour-long wait, you wait. If “your” name is already on the list, you change it. No further questions. Thus, the new J.G. Melon stands as an homage to the older, rather than an exact clone.

The one thing I won’t miss? The long trek. Though the air may be cleaner above 57th street, the best burger is New York is now just a few steps from my front door. Now, we just need to wait for the paint to chip and the floors to warp. 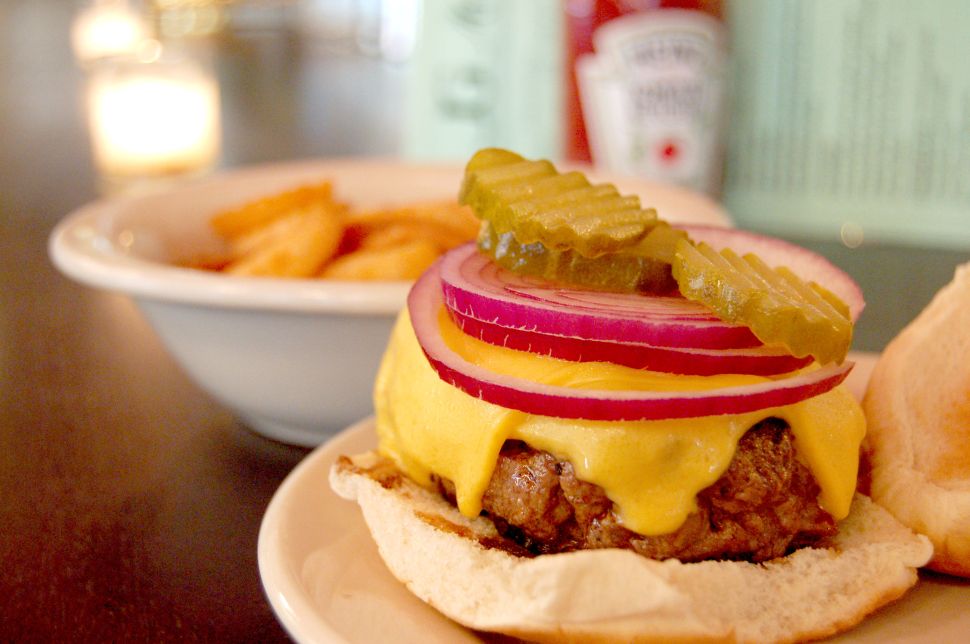