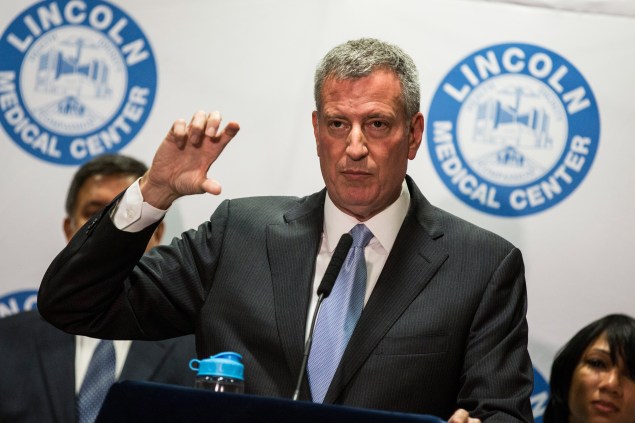 Mayor Bill de Blasio speaks at a press conference updating the public on the Legionnaires’ outbreak in the Bronx at Lincoln Hospital. (Photo: Andrew Burton/Getty Images)

1. The Concept of Cooperation: Okay, this one is a bit of a stretch, especially after Monday, when Mayor Bill de Blasio and Gov. Andrew Cuomo (friends-turned-frenemies-turned-enemies) simultaneously released conflicting information to reporters about the deadly Legionnaires’ outbreak. Like in the case of the Ebola scare last fall, Mr. Cuomo exploited a crisis to kneecap Mr. de Blasio, criticizing the efforts of the New York City Health Department and sending in the state’s counterpart to the South Bronx to show who’s really in control. But harmony, somehow, won out, and today legislation passed the City Council that will regulate cooling towers, a source of the outbreak, throughout the city. The Cuomo and de Blasio administrations, along with Council Speaker Melissa Mark-Viverito, worked together on this one, so that’s a start.

2. Ruben Diaz Jr.: The Bronx beep is viewed as a future mayoral candidate and did at least a little bit this week to further his ambitions. As Legionnaires’ raged through the Bronx, Mr. Diaz emerged as a clear, confident spokesman for his borough, and may have gained a few political points by whacking around City Hall for not doing enough to keep the death toll from climbing. Ultimately, some of his criticisms may have been unfair—public health experts lauded Mr. de Blasio today—but Mr. Diaz’s deft political stagecraft was on full display.

3. John Kasich: The Ohio governor, more of a moderate than many of his rivals, had a breakout performance at the first GOP televised debate last week, upgrading his status from also-ran to legitimate dark horse in the presidential race. While pundits still see a pair of Floridians, Sen. Marco Rubio and former Gov. Jeb Bush, and Wisconsin Gov. Scott Walker having the clearest paths to the nomination, Mr. Kasich is suddenly being viewed as a plausible alternative.

1. The Obama-Schumer Relationship: This one has been rocky since Sen. Charles Schumer, poised to lead the Senate Democrats after the 2016 elections, claimed it never made much political sense for President Barack Obama to push so hard for the passage of the Affordable Care Act. Now Mr. Schumer has come out against the Iran nuclear agreement, a top priority for the president, and the White House is fuming. “The [Democratic] base won’t support a leader who thought Obamacare was a mistake and wants War with Iran,” Dan Pfeiffer, Mr. Obama’s former senior adviser, tweeted last week.

3. Rick Perry: It’s tough these days for three-term former governors of Texas. Once a star of the Republican Party, Rick Perry can’t even pay his staffers anymore. Mr. Perry, despite his deep resume and stylish glasses, is a second or third-tier presidential candidate—and it’s not clear he has anything left in the tank.

Legionnaires’. The pneumonia-like disease, which has killed 12 in the South Bronx and sickened more than 100, is on the wane, with no new confirmed cases since August 3. But the city’s response to the outbreak, and the initial failure of the city and state to coordinate their efforts, dominated the local news cycle. Eventually, Mr. Cuomo and Mr. de Blasio reached a detente of sorts and agreed on new protocols to fight future outbreaks. Legionnaires’ sickens people in the city every year, but this round was by far the worst in the city’s history.

Though public health officials had only kind words for the mayor today, his image took yet another hit after it appeared, at least early on, that the city couldn’t control a dangerous situation–and didn’t anticipate so many fatalities. Mr. de Blasio is already hurting in the polls, even as the economy hums along and crime remains low. The Legionnaires’ scare gave yet another reason for his growing list of Democratic rivals–Mr. Diaz, Comptroller Scott Stringer and Congressman Hakeem Jeffries–to sharpen their knives.

On the local level, things should be quieter, assuming no one else dies of Legionnaires’ or the mayor doesn’t end up in another scrum with Uber. On the national level, we now have a current vice president and a former vice president reportedly kinda sorta maybe looking to run against Hillary Clinton. Yesterday’s losers can be today’s winners. Who knew?

All these medallion owners trying to put a kinder face on the yellow taxi industry—weeks after e-hail giant Uber had already forced City Hall to table a bill that would have capped their growth. Where were these guys a month ago?

WHAT WE’RE HOPING HAPPENS NEXT WEEK?

More speculating about ex-vice presidents running for president. What are Dick Cheney, Dan Quayle and Walter Mondale up to?

Mr. Cuomo will do something to get on Mr. de Blasio’s nerves. 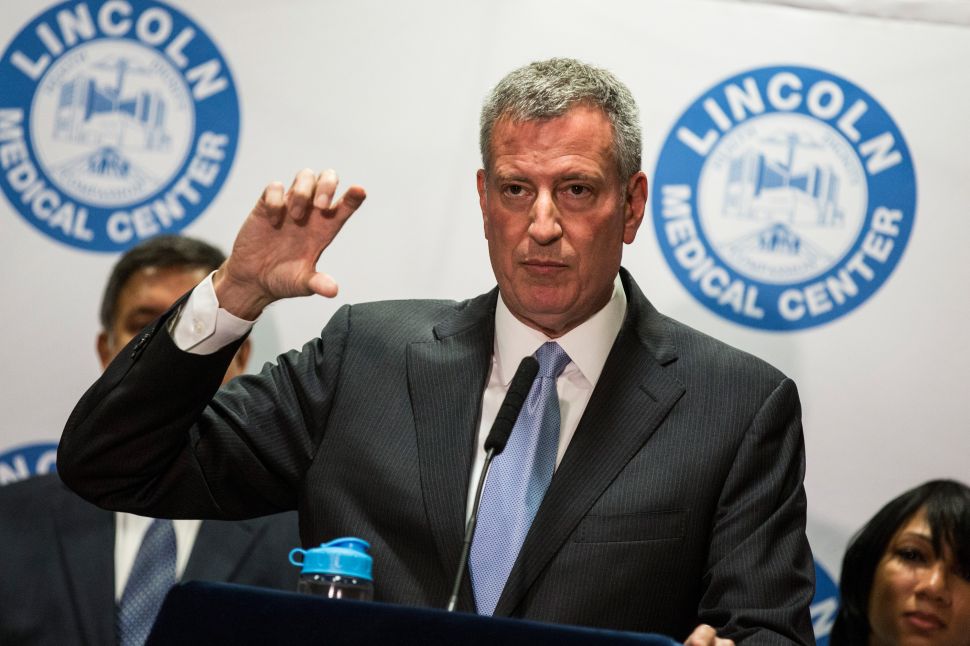