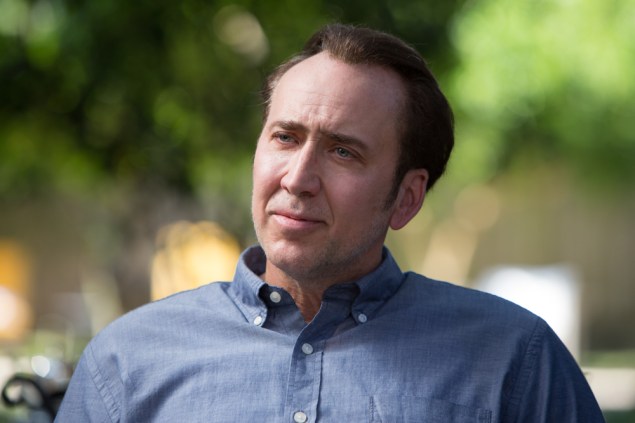 Nicolas Cage in The Runner.

Nicolas Cage and New Orleans don’t make a great couple, but the actor apparently likes the city so much he plans to be buried there. In 2010, Mr. Cage purchased a large, pyramid-shaped tomb in the city’s St. Louis Cemetery No 1., which annoyed the locals. Pre-interment, though, Mr. Cage hasn’t been making the best possible case that he and the Big Easy belong together.

Werner Herzog’s hardboiled Bad Lieutenant: Port of Call New Orleans (2009), which featured Mr. Cage as a corrupt, drug-addicted police sergeant, did miserably at the box office. Mr. Cage was disturbingly deranged in the movie, but that wasn’t enough to make the case he should have been in it in the first place when the sight of Harvey Keitel’s penis had already shocked us enough in the early-’90s original.

Now Mr. Cage returns to the Crescent City for The Runner, a slow-burning political drama that never heats up enough to draw the viewer completely in. Directed by Austin Stark, making his feature debut, it stars Mr. Cage as a principled Louisiana congressman named Colin Price who is working triage in the wake of the BP oil spill in 2010. Like his father, the former mayor of New Orleans (Peter Fonda), Colin is a man of the people. He heads to Washington and cries on TV as he recounts the struggles of his constituents, which gives him the kind of positive publicity his advisors seem to think he can ride to a Senate seat.

But the film has a seedy side, which is foreshadowed in the yellow-tinted color saturation. Colin isn’t the sweet Southerner the public takes him to be. Video surfaces of his affair with a 27-year-old cheerleading coach whose husband is a local fisherman. The fallout from the scandal derails not only his Senate plans but forces him to resign.

So begins his climb, from scratch, back to the top. He establishes an oil spill relief fund and almost goes out of business until BP itself donates $3.5 million to his foundation. It turns out the money was syphoned in from an oil lobbyist he once snubbed in his more idealistic days. But this time around, Colin can’t afford to be so high-minded. In order to get ahead, he has to decide whether he can abandon the beliefs he once stood for—sustainable energy being the most important, given the devastation wrought by the spill.

The problem is the movie never gives us a reason to care about Colin in the first place, or even to dislike him that much, if that’s how we’re supposed to feel. Colin is neutral, a kind of empty vessel, and Mr. Cage is his typical aloof self with a Con Air accent. The closest character in film or television I can think to compare Colin to is Frank Underwood in House of Cards. Colin has a seemingly sex-less relationship with his opportunistic wife (Connie Nielsen), whose coldness recalls Robin Wright in the Netflix series. But Colin is no murderer, and he doesn’t seem that power-hungry; the stakes never get that high.

The movie seems to be saying that politics can’t exist without compromise, or perhaps compromise and corruption are one and the same. Either way, by the time it’s over, you’ve stopped caring, if you ever did. 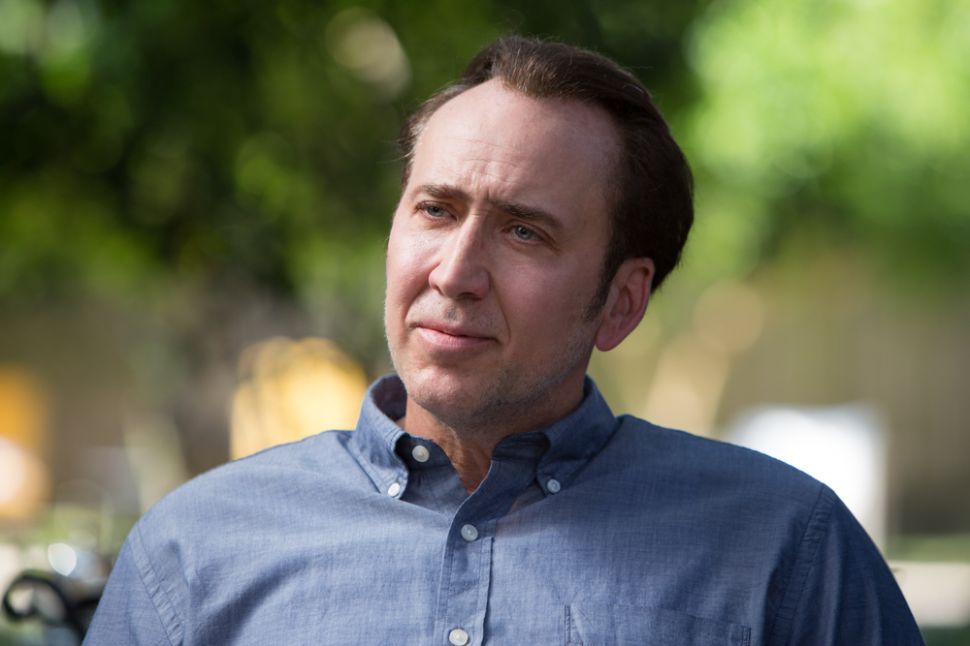