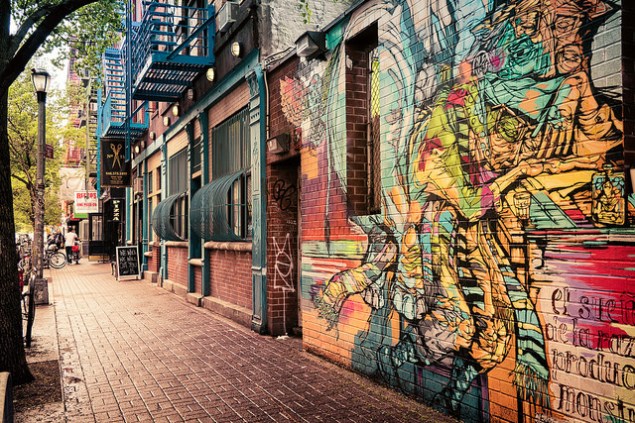 The Wall Street Journal reports that buyers who are all related to each other have purchased a total of five units in the Charles condominium at 1355 First Avenue on the Upper East Side, creating a 11,750-foot quadruplex from the 29th to 32nd floors, for a total of $58.64 million. Real estate appraiser Jonathan Miller told the WSJ that this is the highest price ever paid for a home east of Third Avenue on the Upper East Side, and Bluerock Real Estate CEO Ramin Kamfar would say only that the the buyers were Americans who wanted to be in the same building.

According to The Real Deal, Mark Cuban’s Landmark Theatres are looking to make a move into the “dinner-and-a-movie” bandwagon. The art-house theater chain currently has 54 cinemas worldwide, and is looking throughout the five boroughs for spaces to open up multiple new locations.

Speaking of the mayor, Mr. de Blasio is now playing down the inclusionary housing policy he endorsed in the 2013 mayoral campaign, which he said would spur the development of 50,000 units of affordable housing over eight years. According to Capital New York, the mayor recently said of the policy only that it would be a “crucial building block” and an “important building figure” in the overall goal of building 80,000 affordable units while maintaining another 120,000 over the next decade. At the same that Mr. de Blasio is not giving a real estimate on the exact number of units it would create, The Association for Neighborhood & Housing Development also recently reduced its own number of units from 25,000-50,000 to just 13,800.

In other housing news, the Daily News reports that the City Council has passed new legislation that will help stop landlords trying to kick rent-stabilized tenants out of their apartments by cracking down on buyout offers. The three bills will try to stop the harassment many tenants face when landlords try to evict them so they can hike up the rent—the bills include one that bans landlords from threatening and pestering tenants, one that bans repeated buyout offers within 180 days after the tenant has already made it clear in writing they are not moving, and a third that requires landlords offering the buyouts to inform tenants of their rights—including the right to reject the offer and to hire a lawyer.

The Real Deal reports that Blackstone has closed on its acquisition of a 560,000-square-foot mall as well as parking garage at the Sky View Parc complex in Flushing, for a total of $382.4 million, from Toronto-based private equity firm Onex. Blackstone purchased the area through the Blackstone Property Partners Fund, and this marks the completion of the company’s first big deal in the neighborhood.

Marymount Manhattan College has announced the opening of new student residences at 200 East 6th Street in Cooper Square, per EV Grieve. The Cooper Square Residence Hall will be the home of 272 students total, including 199 students that will be moving in this year. The additional 73 units have been contracted out to Cooper Union.

A bit further down on the East Side, DNA Info announced that the Municipal Art Society of New York has partnered with the Lower East Side Business Improvement District to offer “Art After Dark: 100 Gates Project on the Lower East Side.” The walking tour has the goal of turning the LES into an “open-air gallery” by commissioning artists to paint murals on metal gates, and will discuss a public project that transforms metal rolling gates into works of art that appear after businesses have closed for the day.

Parts of Hudson Yards Park between West 33rd and 36th Streets between Tenth and Eleventh Avenues are open to the public, according to Curbed, and visitors can now come in and sit on the built-in benches, tables, and chairs. As for the southernmost portion of the park? All we know is that it will open “further into the future.” 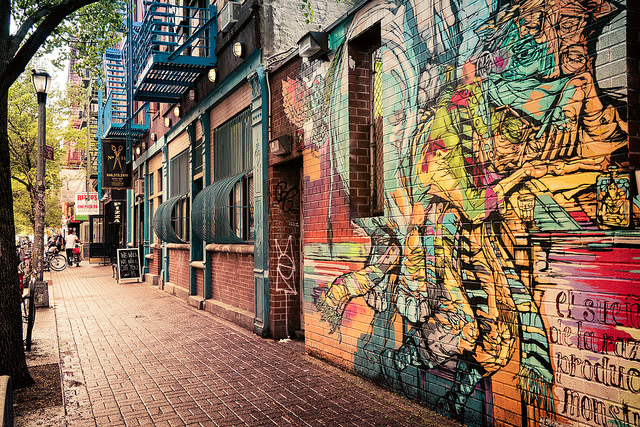