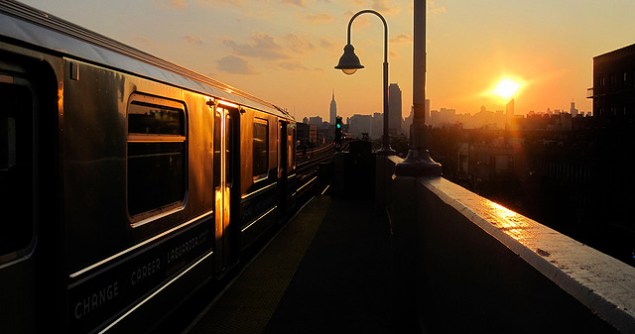 The Cobble Hill community is mad that Fortis isn’t taking its “values” into consideration at the former LICH site, as the developer pressures the city for a rezoning that would allot it more overall square footage in exchange for not building as high as it’s allowed to go as of right, according to Capital New York.. Which claims the situation puts both Bill de Blasio and Brad Lander, who distinguished themselves with opposition to the closure of LICH, in a somewhat awkward negotiating position.

Another very awkward position for the mayor is his seeming inability to curb the city’s homeless problem, which, as The Wall Street Journal points out, would seem to strike at the very heart of the inequality platform he ran on. The mayor is expected to announce a new strategy to combat the mental illness part of the puzzle today.

And speaking of architecture that doesn’t meet “the character” of the existing community: Curbed asks, “which will be the ugliest new addition to Brooklyn?” We’re glad they went there.

And here: What design trends are most overexposed right now? The answer: Subway tiles, sheepskin throw, Tolix-style chairs, industrial lighting and reclaimed wood. Also maybe color-coded bookshelves and our mania with Midcentury modern. May they rest in peace and not in our houses.

Never going out of fashion? Landscaping. And Bed-Stuy’s Bainbridge Street has once again once the Brooklyn’s greenest block competition, Curbed reports. Long may it flower. A block of Fulton in Fort Greene won for greenest commercial block.

Communes also have impressive longevity, though the latest start-up iteration seems somewhat of a cross between a vampire and a zombie, as covered in Buzzfeed. Behold the undead: “All ask residents to trade personal space for the perks of group living, but the newer entrants have a different attitude toward the “communal” part of the proposition — here, the “co-” prefix is more a signifier of close quarters and plug-and-play co-habitation, rather than co-op–style shared duties, chore wheels, and elbow grease. Month-to-month rental agreements require little more than a signature and a credit card. Your chores are done for you, seamlessly, in the background. Rooms are cleaned weekly. Coordinated events make even the socializing aspect easier.”

Are some people really so desperate to live in Manhattan that they’ll buy a luxury condo in a Midtown commercial district? Probably? At least, that’s what Tessler Developments, which is building a new 69-unit condo at the corner of Madison and 33rd is betting, The New York Times reports. They have, however, awarded themselves the generous geographic designation of NoMad, which they reason brokers invented anyway, so its borders should be fungible. As if that wasn’t damning enough, the architect is Karl Fischer.

Justin Davidson opines in New York magazine that Gov. Cuomo’s LaGuardia plan is seriously flawed, but we should build it anyway, because it’s better than what we have: “Governor Cuomo’s plan to rebuild LaGuardia airport is a Band-Aid on our wheezing regional infrastructure, but it’s one hell of a Band-Aid.”

And this doesn’t seem all that impressive compared to LaGuardia’s low-ball $4 billion budget, but 16 historic homes damaged during Hurricane Sandy will be getting $6.2 million in state funding for repairs, The Associated Press, via Crains, reports.

Long have New Yorkers jaywalked, though it wasn’t until 1915 that strolling whenever they liked across the street was considered such, Gothamist reports—part of a campaign by big auto to claim the streets for cars: “It ridiculed once-respectable street uses and cast doubt on pedestrians’ legitimacy in most of the street. Though many pedestrians resented and resisted the term and its connotations, motordom’s campaign was a substantial success.”

Finally, a woman gripping a metal railing at HighBridge on a 90-plus degree burn was shocked to find her hand burned at the top, Gothamist reports. Safety warning to New Yorkers without basic common sense: metal is a common material in the outside world and can get hot on hot days. 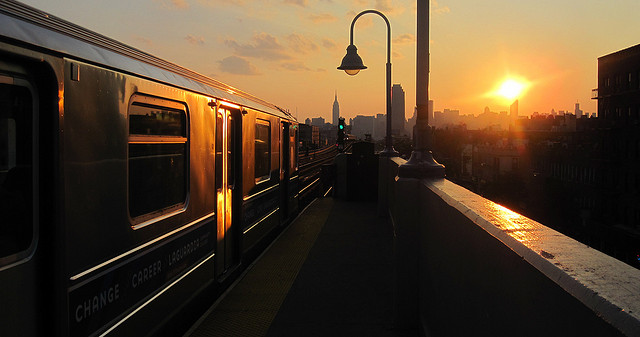