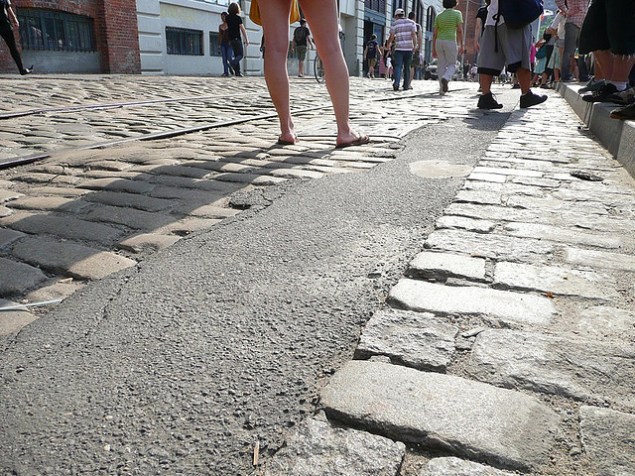 The de Blasio administration has reversed course on a policy of not letting developers double or triple dip into tax breaks and subsidies for the same set of affordable apartments, Crains reports. “The administration had initially envisioned developers meeting the requirements for these two programs separately, drawing a hard line against ‘double dipping’ into multiple subsidy pools, which it believed limited the creation of low-cost units,” they note, but details of the 421-a renewal and the city’s mandatory inclusionary zoning policy will allow some apartments to take advantage of multiple sets of breaks.

The Dakota has managed to remain on the top of the New York real estate market for more than a century, as a new book coming out on the famed building demonstrates. The author discusses it on Bloomberg.

Speaking of famous things: garbage piled high on the streets is one of New York’s most marked characteristics, but on Roosevelt Island a series of pneumatic tubes spares the residents unsightly, smelly piles, The New York Times reports. And, of course, the noise of garbage trucks.

And no longer famous things: excavation has begun for the condo towers that are slated to rise at the site of former graffiti mecca 5Poitz, Curbed reports.

Sadly, St. Mark’s Bookstore, despite having relocated to a cheaper, smaller space on Third Street, is still struggling. DNAInfo reports that the beloved haunt of bookworms put out a call to possible investors because it “needs help to survive.”

This week’s New York Times Hunt column follows two sisters who, having mutually outgrown their cramped apartments on Fourth Avenue in Park Slope, but unable to afford anything larger in Brooklyn—says one of her million dollar budget, “I never thought I would be able to use the word ‘million’ in a budget conversation and still think our options were limited”—decide to rent a big house in Ditmas Park for $5,500 a month. Everyone is happy: “There is even an economy of scale using full boxes of things rather than half boxes. It feels like summer camp.”

Those looking for value would be well-advised to try Bay Ridge, Canarsie, or the South Shore of Staten Island, where The Wall Street Journal reports that rents, adjusted for inflation, have actually fallen over the last 10 years. All three neighborhoods have a low hipster population and high home-ownership rates, which tends to curb rent increases.

Junior’s decided not to sell, but Crain’s reports that Downtown Brooklyn will be getting a skyscraper there anyway; Michael Stern and Joseph Chetrit have partnered to buy the Dime Saving’s Bank at 9 DeKalb Avenue, next to Junior’s, whose air rights they could transfer to an adjacent site, allowing them build a tower of more than 1,000 feet, higher than the Empire State building.

Top brokers have been moving around a lot of late, but this is a new one: Robby Browne and Maria Pashby have boomeranged back to Corcoran after seven months at Brown Harris Stevens, The Real Deal reports. “We offer the best and embrace agents who return when they realize what they’ve been missing. It’s why we always keep the door open. Corcoran is a hard act to follow,” Pam Liebman gloats.

Manhattan landlord Maurice Laboz died in January, but continues to meddle in his 17- and 21-year-old daughters’ lives by mandating that they get married and have kids “in wedlock” if they want to receive their $20 million inheritance before 35, the New York Post reports.

Bensonhurst has some really lovely gargoyles, which you can check out in this photo gallery from the Bensonhurst Bean.

We’re not sure that we really needed a bulletpointed list on the pros and cons of pigeons, but DNAInfo has one. 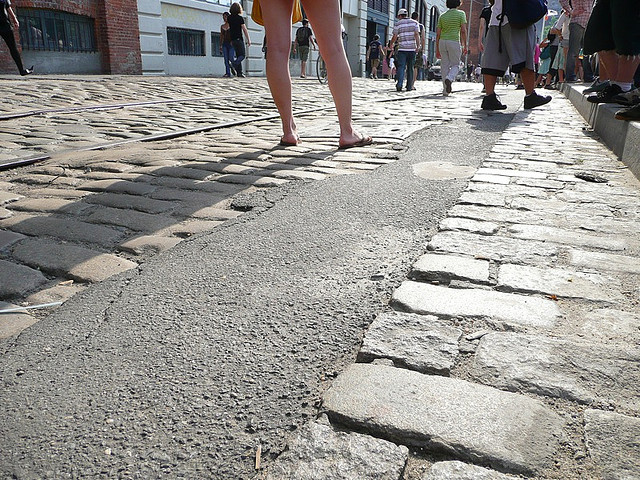