Will ripping out Times Square’s pedestrian plazas get rid of the topless women? Given that topless women predated the plazas, we’d guess they’re likely to outlast them as well, but the mayor thinks destroying the plazas might be a solution, he told 1010 WINS this morning, according to Crain’s. Other possible “solutions” involve “physically demarcating” areas of Times Square for panhandling. Criticism has been swift and scathing.

Meanwhile, one “desnuda” writes Gothamist to argue that singling out topless women whilst the naked cowboy parades around in much the same get-up is sexist; she adds that there’s no one managing her like a pimp and blames fat passerby ashamed of their bodies for telling their children that the naked women are disgusting.

Brooklyn borough president Eric Adams has announced that $3.3 million will go to the construction and preservation of affordable housing in the borough, according to DNAInfo. So… approximately the cost of one brownstone in Prospect Heights.

It surely says something about Manhattan’s unsustainably high land prices that developers of commercial properties acquired as recently as a year ago are abandoning their plans to develop or fill the buildings in favor of cashing out while real estate values and rents continue to surge, according to Bloomberg. Prices are 29 percent higher in major metropolitan areas than they in 2007, they add, raising concern that values are overinflated.

So it should come as no surprise that a developer would build on the site of a former prison, as one is doing at the place where the Kings County penitentiary once stood in Crown Heights, according to Vice. In fact, developers have long been eying an actual prison in Chelsea for redevelopment.

Speaking of alternate uses: a construction worker profiled by The New York Times uses his downtime on the job to turn the walls of the construction site into his canvas, paintings that will be covered up as construction proceeds.

We didn’t think anything could be out of scale in Long Island City, but deputy mayor Alicia Glen multi-million square foot mixed-use development with a footbridge to Roosevelt Island is “a little out of scale,” according to Capital New York. Then plan is being delivered by Bruce Teitelbaum, Rudy Giuliani’s former chief of staff. It is a very ambitious, aggressive plan,” Ms. Glen told the Capital. “There’s some interesting ideas contained in it. We said we would like to continue to work with them to shape the idea. As presented to us, we thought the scale was a little large even by our standards, and you know we’re known to be pro density and pro height.”

If you’d like to get an idea of what else is going up in Long Island City, DNAInfo has an interactive infographic of the neighborhood’s tallest rising buildings.

Elsewhere in Queens, the mayor has knocked the Willets Point plan as “not worth it,” explaining his decision to drop out of what he pointed out was a Bloomberg-era plan that doesn’t emphasize affordable housing, according to The New York Daily News.

The Legionnaire’s Disease outbreak, which is finally over, did indeed originate in the Opera House Hotel cooling tower, Crain’s reports. 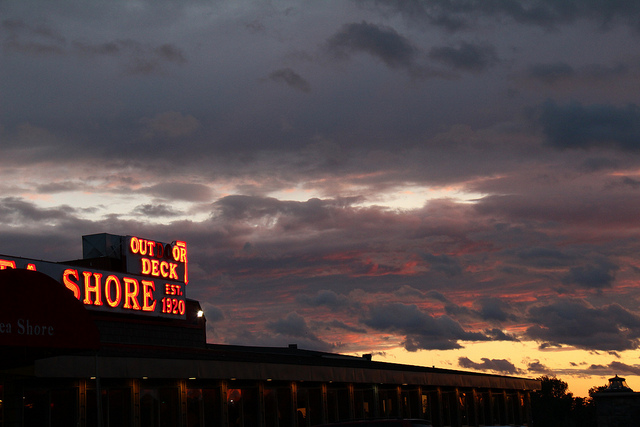