Gristedes is far from an ideal neighborhood grocery store, but we suspect neighbors who shop at the Upper East Side outpost on 86th by First much prefer the chain grocery to a 210-foot-tall Extell tower, which Crain’s reports the developer is planning to build at the site, which it recently purchased for $100 million. In the last few years, Gary Barnett has also bought at least four low-rise buildings adjacent to the supermarket and could be eying a block-long development.

It should be apparent by now that you just can’t get all the sleaze out of Times Square, but Bill de Blasio is still trying, The Wall Street Journal reports. Despite mixed results in last year’s effort to clean up the cartoon character trade, the mayor now wants to go after the painted topless women who pose for photos with tourists. Civil rights experts say that the move is at odds with the mayor’s progressive identity and that it will be hard to crack down on the women when the entire area is filled with people in outlandish costumes selling things. “You can have 100 girls out there, or one and as long as they are acting legally we can’t do anything about it,” an NYPD spokesperson said.

Meanwhile, Crain’s reports that the mayor’s wife, Chirlane McCray, failed to provide much in the way of specifics in a roundtable about the administration’s $386 million mental health plan, “Roadmap to Mental Health,” which is scheduled to be released in the fall.

The upper floors of many Downtown Brooklyn commercial buildings have long sat empty, due to a lack of strong demand, but The Wall Street Journal reports that landlords and tenants are starting to reconsider, particularly in the wake of Tishman Speyer’s $270 million deal to turn the top five floors of the Macy’s store into office space. In the past, such floors often sat empty as landlords judged it not worth their while to renovate or maintain those spaces given the relatively low rents they fetched.

On a similar note, the amount of large-scale residential development in Northern and Central Brooklyn is set to nearly double in the next two years, according to Crain’s. A City Realty report found that “roughly 5,800 new apartments in buildings with more than 20 units are currently projected to be built in 2017—more than double this year’s estimate of 2,700.”

A relatively modest Windsor Terrace townhouse with somewhat gaudy interiors does indeed, as the listing, via Curbed, claims, have an “extraordinarily tasteful pool” in the back yard. A shame it will cost $2.99 million to go swimming there.

Landlords have myriad ways of pushing out affordable tenants. One of the most straight forward is simply to raise rents illegally and hope that none of the tenants realize their apartments are actually rent regulated, Gothamist reports, in a story about a Bronx development that received 421-a tax breaks in the early 90s, but despite having a legal route to transition to market rate, simply started jacking up rents in violation of the law (by hundreds, rather than tens, of dollars per year).

Other tactics to seize apartments include that attempted by celebrity photographer Ken Nahoum, who is trying to get a judge to order his model ex Basia Milewicz to sell him her portion of the Soho penthouse they once shared for market rate of three years ago, so he can sell the entire thing for market rate now, according to the Post. The famously cheap couple previously rankled the condo board of their small building by racking up $40,000 in unpaid common charges, so we’re guessing this could go on for a while.

And you can always try bribery, of course: an 81-year-old man who lives in a rent-regulated studio apartment is holding up Sutton Place’s skyscraper, The New York Times reports. Herndon Werth has allegedly turned down $1 million, moving expenses and a new rent-free apartment in favor of the brownstone perch where he’s lived for the past 40 years. Never underestimate the potential of an octogenarian Upper East Sider to gum up the works?

Janna Bullock has sold an Upper East Side development site for a mere $11 million to Woodbine Company, The Real Deal reports, a fraction of the $40 million she had been trying to get for 34 E. 62nd Street, where doctor Nicholas Bartha died years ago in a gas explosion.

Finally, Maimonides president Pam Brier is stepping down as the Brooklyn hospital formalizes its affiliation with North Shore-LIJ, Capital New York reports. Like Maimonides, Ms. Brier was also something of an outlier: “through the decades, her style, alternately described as blunt and unpredictable, led to her share of intemperate remarks, but by and large she was revered by many on her staff and praised as an early adopter of public health practices that have since become commonplace.” 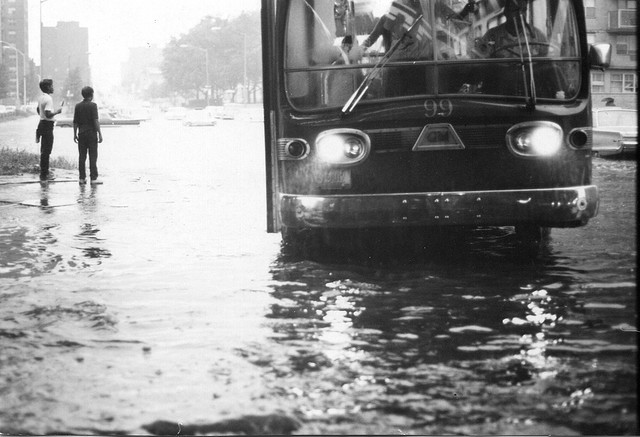