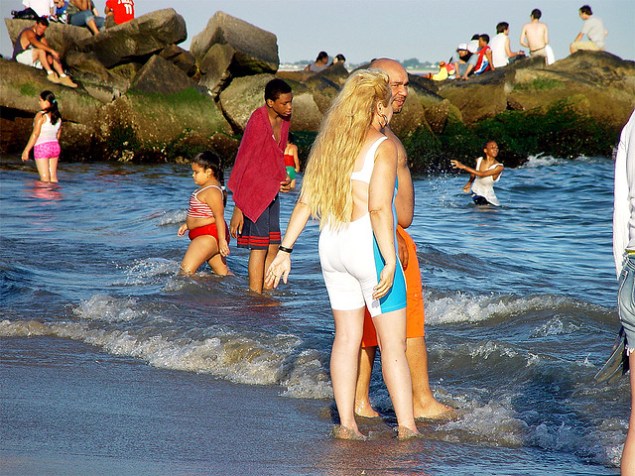 Mayor de Blasio revealed the details of his mandatory inclusionary housing plan on Friday, which would require “that at least one in four apartments in new buildings in rezoned areas be kept affordable for the entire life of a project,” according to The Wall Street Journal. Projects over 10 units in newly upzoned neighborhoods of the city would have to be 25 to 30 percent affordable for low- to moderate-income tenants.

Too bad the city couldn’t work out a more favorable deal with the luxury skyscrapers slated to rise at 111 W.57th Street a “1 Park Lane” as Witkoff is calling his tower on Central Park South. DNAInfo reports that the two towers got more than 57,000 square feet of additional air rights from the city for their projects, but will only fund the construction of 37 studio apartments on W. 28th.

So which Manhattan avenues and numbered streets have the most expensive homes? The Wall Street Journal has the answer and there are some surprises, particularly when it comes to Seventh Avenue.

Of course, it’s all really expensive. Which may be why a San Francisco-based start-up that sells used furniture has made the unusual choice of Windsor Terrace for its new home, Crain’s reports. Apparently, the start-up is aiming “to eliminate the hassle of reselling goods via sites like Craigslist.” So… basically like Craigslist if Craigslist took a cut?

Even communes, one of the last surviving crunchy living models, have been co-opted by start-ups eager to wedge themselves into every last cranny of uncorrupted life. Communes and co-ops have their issues, but they’ve been blessedly resistant to greedy landlords and networking tools. No more. Pure House in Williamsburg, The New York Times reports, “is among a handful of businesses that are renting rooms at a premium in exchange for access to amenities, a dormlike atmosphere and an instant community.” It has has 30-day lease policies and rather than potlucks and cooking and cleaning shifts at these places, residents pay up to $4,000 a month and enjoy laundry services, cleaners, masseuses and in some cases personal coaching, wellness counseling and fresh produce deliveries.

At least “sharing” economy start-ups sometimes create the most delightful legal clusterfucks. To wit: a 58-year-old Long Island City woman who was legally adopted by a senile, rent-controlled tenant shortly before his death but was denied succession rights by a court has refused to leave the apartment and taken to renting out the rooms on Airbnb, according to The New York Post. The woman claims that because she doesn’t have a lease, she isn’t bound by any law.

Luxury condos hoping to attract young professionals are offering free, vintage arcade games, according to The Wall Street Journal (which would presumably predate the youth of young professionals)? “That demographic wants to do something within their building and participate in something, and that could be as simple as playing videogames,” said one managing director. Of course, they come a far higher price than a pocketful of quarters: rents for studios in these buildings easily surpassing $3,000 a month, with amenities fees on top of that.

Protestors and politicians are calling for another environmental impact study in a bid to block the new development slated to rise in Brooklyn Bridge Park, even though they admit the findings would likely not be enough to block it, according to Crain’s. State Sen. Daniel Squadron has cited “the strains on overcrowded local schools and transportation that have become more acute in recent years.” Though if that were enough to stop new development, the city would likely never see another unit built.

Housing segregation, contrary to previous reports, has not disappeared with the revitalization of urban centers, The Atlantic reports. While cities overall are more integrated than they were 30 years ago, people of different races aren’t living near each other. There are not only black neighborhoods vs. white neighborhoods and black suburbs vs. white suburbs, but separate areas that are majority Asian or Hispanic. Moreover, “these patterns of segregation are governed by housing practices on individual and municipal levels, like they were 50 years ago.”

Goodbye to god: dozens of Catholic churches in the city held their last masses today as part of the Archdiocese of New York’s plan to consolidate 368 churches to 294, Reuters reports.

Speaking of godless: Gothamist heads to Westfield, New Jersey to crack the “watcher” case after getting an email that the watcher who allegedly sent ultra creepy letters to a young family is the weirdo adult son of a couple who lives on the block.

And the tease of West Side Rag reporting that H&H is coming back to the Upper West Side. Turns out it’s a new H&H, totally separate from the old one, but with very respectable Yelp reviews at its other location, at least.

In other moving news, the city has agreed to move the entrance for the much-hated Marine Waste Transfer station on the Upper East Side from E. 91st to E. 92nd, where it will no longer cut through asphalt green, according to The New York Daily News.

Finally, The Wall Street Journal has some tips on how to avoid having your house outsmart you. 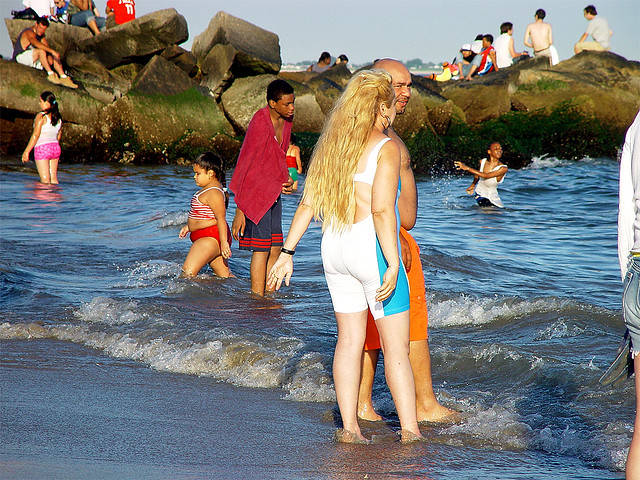