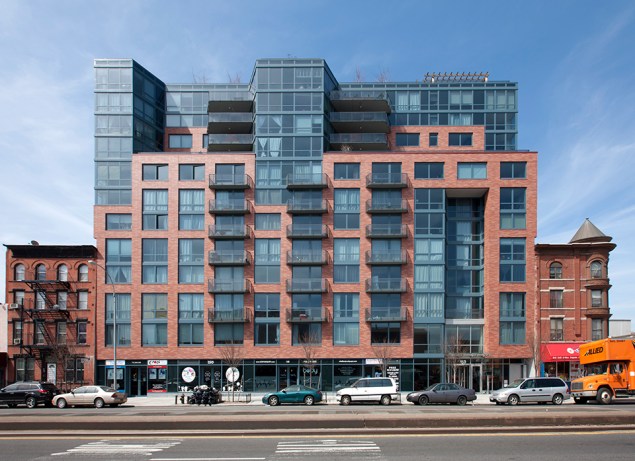 Instrata Lifestyle Residences, the developer that owns a chunk of Mercedes House, may not seem like a natural choice for the manager of a new rental development on Fourth Avenue, the broad Park Slope thoroughfare that The Wall Street Journal famously dubbed the “canyon of mediocrity.”

But even the outskirts of Park Slope have become highly desirable investments for the developers of sleek luxury residential towers who have heretofore limited their efforts to Manhattan and Downtown Brooklyn, and Instrata recently acquired 150 Fourth Avenue.

Of course, that Fourth Avenue should be considered Park Slope at all has been a point of contention for some Park Slopians—it was rezoned in 2003, and as the planning department was focused primarily on residential development, new buildings were not required to have ground-level commercial spaces. These spaces were often filled instead with garages or doctors’ offices, resulting in a lack of pedestrian street life. A 2011 partial rezoning law somewhat attempted to remedy the situation and encouraged more restaurants and retail spaces to pop up, but the street is still not the center of activity developers hoped for. 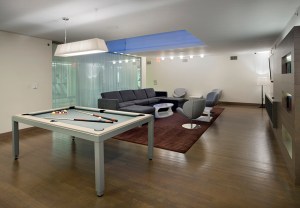 Instrata residents can always bond over a game of billiards… (Instrata)

But despite a bit of a pause during the real estate downturn, residential development along the avenue has trotted along at a rapid pace, with sleek and shiny modern rental buildings like this one comprising the majority of the construction.

Even if these structures don’t really blend in with the image of idyllic brownstones on tree-lined Brooklyn streets that many longtime Park Slope residents had in mind when they moved there: as The New York Times noted, in a survey conducted of Fourth Avenue residents, many described the street as “unwelcoming and ugly, with new development aggravating the problem.”

So what kind of renter is attracted to a glassy, new construction product in a neighborhood known for family-friendly community and cozy, low-rise brownstones?

Rob Neiffer, the director of Instrata’s parent company Invesco, believes that it will be primarily attractive to the same people who have always gravitated towards Park Slope—those who are about to start, or have just started, a family. “A new generation of young people are exploring Brooklyn, and they aren’t exactly like their parents’ generation.” i.e. they want amenities that you can’t get in a brownstone or prewar co-op, “condo quality finish construction,” and “delivery service.”

Mr. Neiffer, however, says that  while people are still drawn to brownstones for the old-world charm of the brownstones and few prewar co-ops that make up the majority of Sixth, Seventh, and Eighth Avenue in Park Slope, those going to Fourth Avenue are looking for the same “sense of community” you find in the neighborhood.

How does Instrata create that emblematic Park Slopian sense of community? Mr. Neiffer cites communal spaces like the “stunning roof garden,” where different “lifestyle events” take place within the building, such as an upcoming rooftop barbecue. He added that he has seen residents at these events share business cards and make plans to meet outside of the organized gatherings. Other perks include a concierge, dry-cleaning service, and pet spa, and the roof is complete with private cabanas, sunbeds, a grilling area, and outdoor showers. 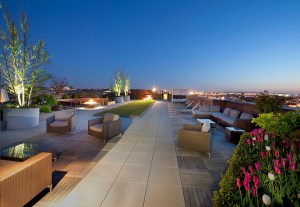 The roof does look pretty nice, but we wish we could see the pet spa. (Instrata)

Park Slope community vibes and luxury amenities don’t exactly come cheap—there’s a one-bedroom in the building that is currently going for $3,550 a month. But then again, nothing in Park Slope seems to come cheap nowadays. 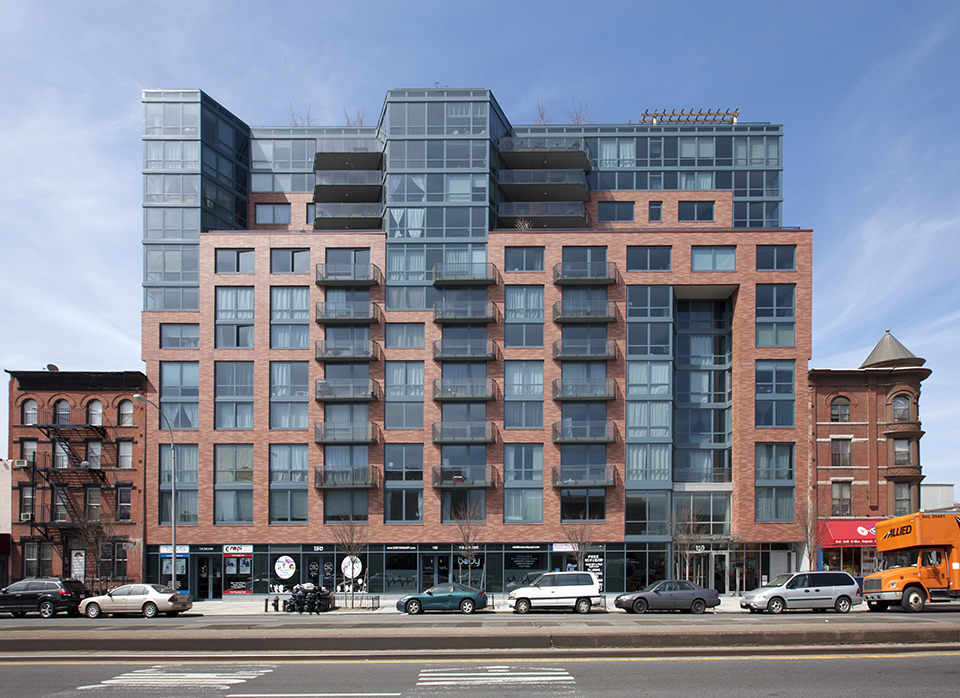