The United States was bursting, groaning with pride; the Second World War had turned her into the most powerful nation on Earth. But as mid-century turned north, a handful of Americans demanded that the civil liberties and social equalities implied by the great victory become a reality, and a war to re-address ethnic, economic, sexual and social inequalities waged throughout America.

In the late ’60s, a pile of records tried to make “big” statements about America—one of those artists is almost always forgotten.

In the second half of the 1960s, a small group of artists attempted to make albums that addressed the state of America. These utilized the creative and technological advances of Pet Sounds or Sgt. Pepper’s, while being conceptually fueled by the remarkable social and political tumult of the era.

There are a pile of records that try to make “big” statements about the United States during this time; the ones I like to cite are The American Metaphysical Circus by the amazing Joe Byrd and the Field Hippies; Kick Out the Jams by the MC5; the Beach Boys’ SMiLE (even if it wasn’t released at the time, it is an extraordinary attempt to capture a musical and social era in transition); and Van Dyke Parks’ Song Cycle. I’m sure others will add to that inventory.

But there’s another major work that’s almost always left off this list.

In fact, it’s not one record, but a series of albums that can be viewed as one coherent piece. Between 1967 and 1970, Phil Ochs recorded five albums for the A&M label. From the first in this series (Pleasures of the Harbor, 1967) to the final one (Gunfight at Carnegie Hall, recorded in 1970 but released in 1974), Ochs tells an astonishingly complete story: a deeply sensitive, articulate observer of America goes from youthful curiosity and optimism to despair, then denial, and finally a vision of a new solution. These stages are accompanied by radically varying musical settings that underline the evolution, stasis and de-evolution of the composer. 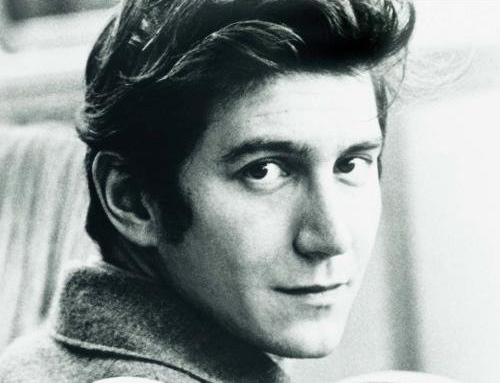 Ochs moved to A&M after three “folk” albums on Elektra between 1964 and ’66. Although essential, these Elektra albums are not our concern here. Ochs’ first two A&M albums, Pleasures of the Harbor and Tape From California (1968), tell the first stage of the story: a growing artist and hyper-aware American investigates his creative, social and geopolitical world with curiosity and optimism.

As he stepped away from pure-acoustic folk, Ochs opted for a persuasive and rich Los Angeles sound (as opposed to the blustery, blue-snarl garage rock of Dylan, the amped-up jugband honk of the Lovin’ Spoonful, or the ecstatic Beatle-isms of the Byrds). It’s the sound of an optimistic and engaged artist discovering new territory and new colors for his paint box.

Ochs’ A&M output is a complex, sometimes painful, continuous story that should be placed alongside the very greatest concept albums in American history.

Amidst some of Ochs’ most superficial observational material, Pleasures features three extraordinary pieces. On “I’ve Had Her,” the artist sees himself as he once was, at his glittering best, and recognizing there’s nothing at the core, opts for suicide. It’s strangely out of place on this collection, but makes sense when we see the A&M albums as one piece; it’s a dark harbinger of the deeply despondent landscape on 1969’s Rehearsals for Retirement, and reveals that this theme of despair was always within him. The title cut, “Pleasures of the Harbor,” is one of Ochs’ most gorgeous songs, a beautiful evocation of a soul searching for a port. It would have sounded perfect on Scott Walker’s Scott or Scott 2 (both of which have textural and textual similarities to these first two A&M records). The album ends with Ochs’ masterpiece, “Crucifixion.” Against a musical setting (created by Joe Byrd) that is lush and minimal, electronic and organic, Ochs explains how the (first) Kennedy assassination was turned into media spectator sport and the source of gossip and schadenfreude.

Tape From California is witty, investigative, even optimistic. The singer is setting out to new shores musically, geographically and lyrically; he still thinks Vietnam can be resolved with adamancy and poetry, but there is foreboding of failure. “When in Rome” is the masterpiece here, a drop of darkness amidst Ochs’ “lightest” record; in just over 13 minutes, it details the fear that there may be grave disappointment at the end of the ’60s dream. Like “I’ve Had Her” on Pleasures, this foreshadowing underlines the peculiar and beautiful consistency of this five-album run.

The key album in the series is 1969’s Rehearsals For Retirement. It reveals the second act of the drama: despair and disillusionment.

Rehearsals for Retirement was created in the shadow of the riots at the 1968 Democratic convention (Ochs was a participant), the Chicago 8 Conspiracy trials (Ochs was called as a witness), and the election of the much-despised Richard Nixon. Every moment of the album is shaped and shaded by these events. This brilliant, affecting album, probably Ochs’ best LP in any objective sense, is a snapshot of the precise moment Ochs, an unconventional patriot, has his heart broken.

The third stage of the arc follows: retreat, denial and a desire, tinted with melancholy, to return to a time before all the disappointments were imaginable.

Phil Ochs Greatest Hits is not a greatest hits album; the title isn’t being ironic, Ochs is alluding to the greatest hits of his life, the highlights of his nostalgic memory. After the disillusionment detailed on Rehearsals for Retirement, the defeated Ochs looks backwards to a time of presumed innocence before the battles were fought and lost; the very first line of the album is “I want a one-way ticket home,” and virtually the entire collection describes a more innocent time, with occasional lapses into deeply moving self-pity where the singer mourns the cost of battle. He sings of Elvis, Cars, James Dean, his own childhood, and the grim remains of his fame. Indeed, “Chords of Fame”—one of the album’s five country rock numbers—is one of Ochs’ greatest songs; it delineates the fall into dissolution and drunkenness of a singer much like himself (Ochs recording of the song is disturbingly up-beat, which was corrected in superior covers by Melanie and Marianne Faithful).

The fifth album in the arc is both the strangest and the most revealing.

On Gunfight at Carnegie Hall, Ochs displays a revisionism that offers hope for a new solution. Ostensibly a perverse and nearly career-killing exercise in (literally) putting on Elvis Presley’s gold lame suit and singing oldies, in reality Ochs is proposing a new kind of rock star, who (in his own words) is half Elvis and half Che, a revolutionary who accesses the most primitive and feral spirits of rock to advocate and accomplish his means. Ochs is, of course, brilliantly and presciently anticipating punk rock, at least in its most idealized and politicized form. I have virtually no doubt Ochs would have felt at home with punk rock, and early associations with both Jim Carroll and Patti Smith seems to underline this.

And thus ends Phil Ochs’ contemporary recording career. He never attempted another full-length studio album after Gunfight, and he committed suicide in April of 1976 in Far Rockaway, N.Y.

The rise and fall of Phil Ochs (and his descent into a strange kind of shabby madness that in many ways echoed the arc of his A&M albums) is detailed in many other places; but he left us with an extraordinary quintet of albums that say more about the state of our democracy at the end of the 1960s than the work of any other recording artist. Ochs’ A&M output represents a complex, sometimes painful, continuous story that should be placed alongside the very greatest concept albums in American history. Recognition is long overdue. 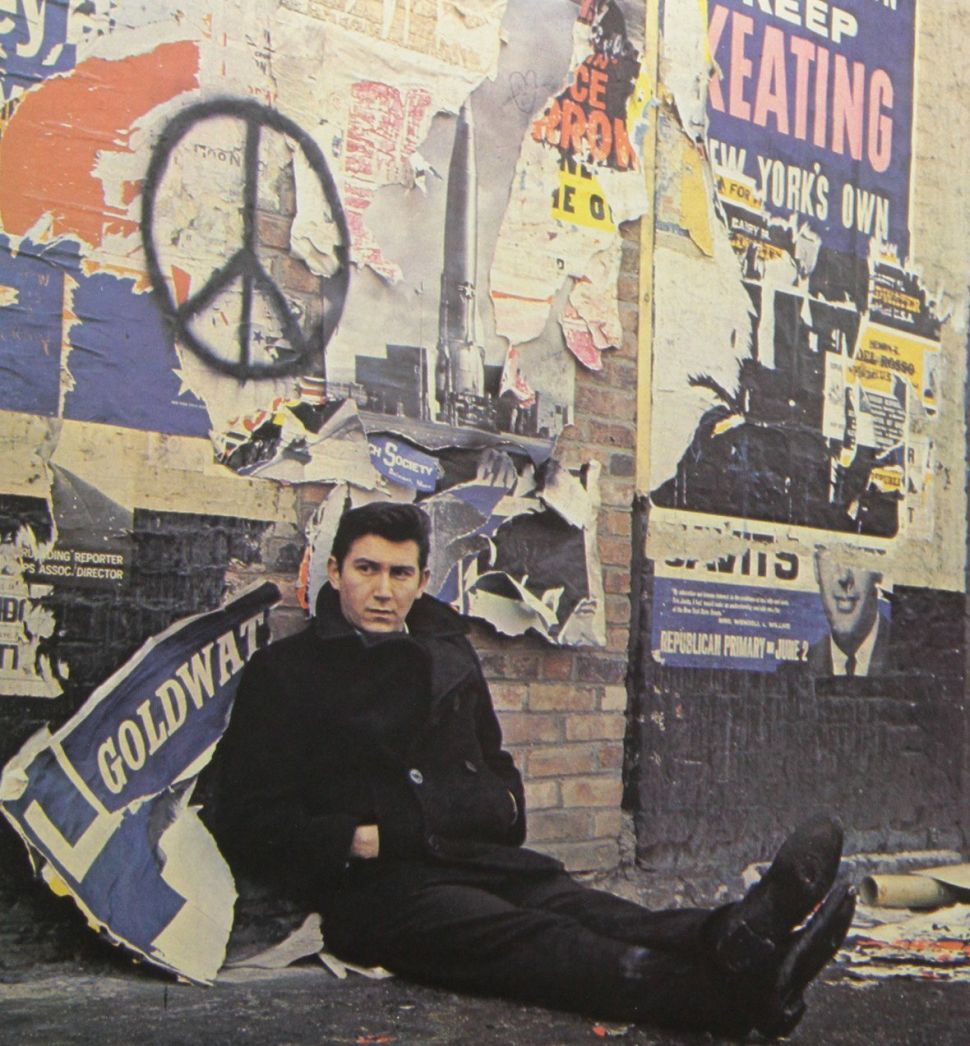