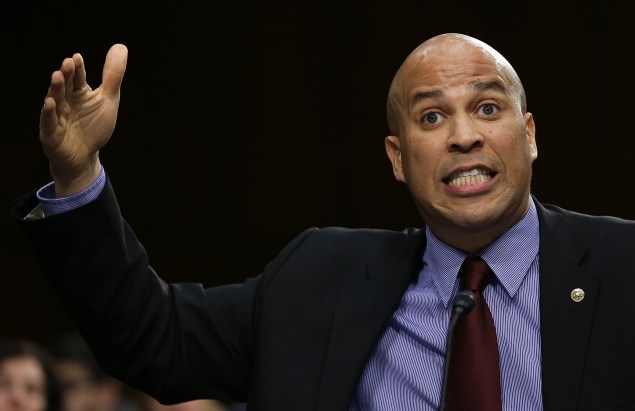 No, that is not quite right: they went ballistic. So much so that The Washington Post‘s Jennifer Rubin wrote a column headlined, “Obama Smears Iran Deal Critics and Liberals Lash Out.”

Very simply, the White House position is: anyone who opposes the deal is advocating war with Iran. And those Democrats who vote against it will see their political careers finished.

So what is an undecided senator—particularly one of conscience like Cory Booker—to do?

The president and Secretary of State John Kerry have done their best to negotiate a deal with the Iranians. That they refused to properly call it a treaty and submit it to the Senate for ratification underscores its inherent weaknesses. The rule under which Congress gets to assess the deal requires a two-thirds majority in both houses to override an expected presidential veto. That must have seemed like a pretty nifty piece of political maneuvering to the White House apparatchiks who crafted it. But now that supposedly supportive Democrats are reviewing and rejecting the deal, the White House has engaged in fear mongering and ad hominem attacks.

We urge Sen. Booker and other undecided members of Congress to ignore the rhetoric and instead focus on the details of the proposed deal.

Former New York Mayor Michael Bloomberg, a thoughtful political leader—and indeed a liberal in the best sense of the word—decried the White House’s behavior in a recent Op-Ed. “This is an extraordinarily difficult decision, and the president’s case would be more compelling if he stopped minimizing the agreement’s weaknesses and exaggerating its benefits,” wrote Mr. Bloomberg.

Mr. Bloomberg is right: the “public deserves something better.” This deal deserves the most thorough and dispassionate analysis.

Mr. Schumer said he wasn’t going to lobby undecided senators on how to vote. Perhaps he should reconsider that diplomatic stance. Just sharing his analysis and his conclusion to oppose the deal is not enough when coming up against a president who says, “It’s those hardliners chanting ‘Death to America’ who have been most opposed to the deal. They’re making common cause with the Republican caucus.”

We urge Sen. Booker and other undecided members of Congress to ignore the rhetoric and instead focus on the details of the proposed deal. Clearly there are enough uncertainties, loopholes and contradictions in the deal to keep diligent representatives busy for the entire 60-day review period.

Although the president promised an agreement that would allow anywhere-anytime inspections, that is no longer part of the agreement. The release of $150 billion in frozen assets and the lifting of sanctions are not contingent on Iran’s good behavior. They should be.

Mr. Obama seems to be trying to persuade undecided senators through a syllogism that states, “We’ll trust Iran and you should trust us.” We’d prefer, “Trust but verify.”

Elected representatives are accountable to their constituencies and to their own conscience. That Americans opposed this deal by a 2-to-1 margin is far more important than the opinions of people in other countries. Yet the White House keeps saying that the opinion of foreign powers should be the basis for the Senate’s approval.

The president has said that to oppose the deal leaves no alternative but to go to war. That fear mongering is beneath him. Mr. Schumer has said we can and should go back to the negotiating table. We agree that is the smart and responsible position. If Vladimir Putin doesn’t want to join us—and we suspect he won’t, given the lure of Russia’s impending sale of an advanced anti-aircraft system to the Ayatollahs—so be it. America’s leadership and resolve shouldn’t be dictated by Moscow’s misbehavior.

As Sen. Booker and others make their decision, we encourage them to read Mike Bloomberg’s Op-Ed. He is disappointed with a White House willing to resort to the basest of scare tactics—and their declaration that a vote against the deal is a vote for war and the end of one’s future in the Democratic Party. His criticism of the White House is no partisan smear; it is heartfelt disappointment 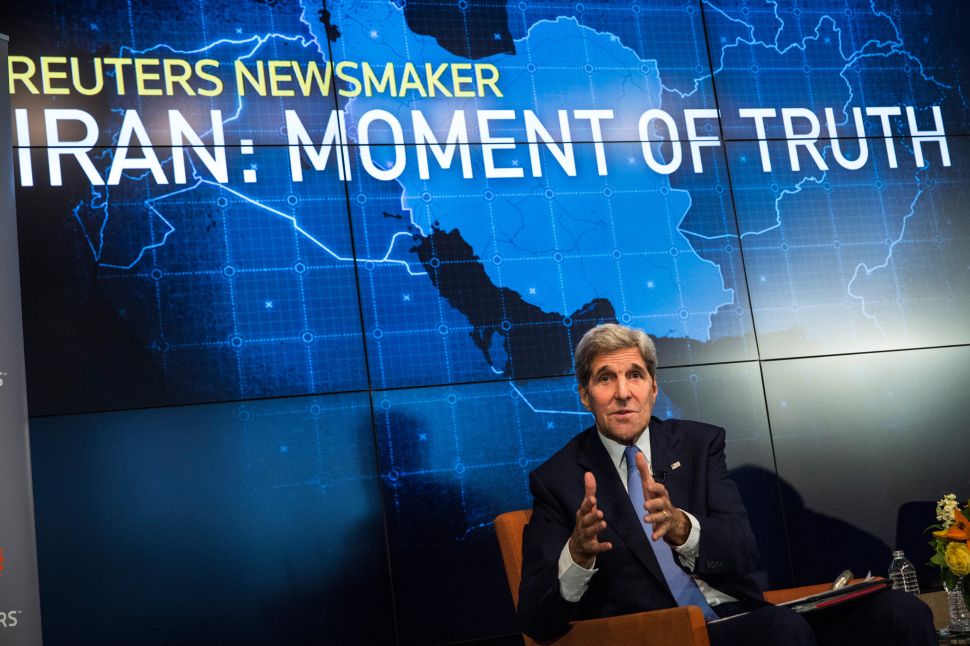