It’s Wednesday in New Jersey, where the governor’s poor performance in the polls is causing some opponents to close up shop.

After Unions’ Encouragement for Guv Campaign, Sweeney Vows to Protect Pensions
At the North America Building Trades Union’s 69th annual convention in Atlantic City this afternoon, the organization passed a resolution encouraging Senate President Steve Sweeney (D-3) to run for governor in 2017. The resolution went through in a unanimous vote that met with applause.
JT Aregood, Politickernj Read more

Superior Court Approves ExxonMobil Settlement
A Superior Court Judge today approved a $225 million settlement between the State and ExxonMobil to resolve liability for damage to the
environment and injury to natural resources caused by contamination from the corporation’s refinery operations in Bayonne and Linden, as well as other facilities and service stations in New Jersey, Acting Attorney General John J. Hoffman and Department of Environmental
Protection (DEP) Commissioner Bob Martin announced.
Politicker Staff, Politickernj Read more

Trenton Councilwoman: ‘Violence has moved from people in the streets to the seats’
At-Large Councilwoman Phyllis Holly-Ward stepped to the podium with a face of grave dignity as she tried to overcome the emotion she said she felt as she called for the resignation from leadership of Council President Zach Chester following Chester’s participation in a physical altercation at last Thursday’s city council meeting.
Max Pizarro, Politickernj Read more

Kasich Notches Sky-High Approvals in Ohio As Christie Struggles in NJ
Back on August 12, the Back Room ran a story headlined “New Poll In New Hampshire: Kasich Surges While Christie Struggles.” It noted how
the “two governors are close friends but similarly positioned” and also the surprisingly close ties between Ohio Gov. John Kasich and New Jersey, including the strong friendship the governor had with popular NJ Congressman and gubernatorial candidate Bob Franks.
Politicker Staff, Politickernj Read more

Torricelli: A free and democratic Iran won’t be accomplished by ratifying nuclear deal
Millions of American dinner tables are hosting a debate that will soon engage every member of Congress. The time to vote on President Obama’s proposed executive agreement with Iran is approaching.
Robert E. Torricelli, NJ.com Read more

ExxonMobil deal an environmental disaster
New Jersey came up a big loser under Gov. Chris Christie yet again on Tuesday, when a state judge approved the administration’s massive sellout to ExxonMobil on cleanup of a pair of polluted refinery sites in Linden and Bayonne.
The Daily Record Read more

Christie labels Bush part of GOP past
Gov. Christie on Tuesday stepped up his criticism of Republican presidential rival Jeb Bush, arguing that the former governor of Florida is too rusty to tackle today’s challenges and even associating him with Bill and Hillary Clinton.
Andrew Seidman, The Inquirer Read more

County settles over sex toy lawsuit
A two-year legal dispute between a Cumberland County Prosecutor’s Office employee and her employer that began with a trip to a sex toy store has come to a $63,806.86 end.
Daniel J. Kov, The Daily Journal Read more

Teacher’s Union Vows Fight Over PERC Ruling
“We’ll immediately appeal it,” said NJEA President Wendell Steinhauer.
PERC, or the Public Employment Relations Commission, recently ruled on a grey area in the 2011 pension and benefits reform law. It raised employee contributions for healthcare, to be phased in over 4 years, but unions wanted to know when the issue could return to the bargaining table?
Briana Vannozzi, NJTTV Read more 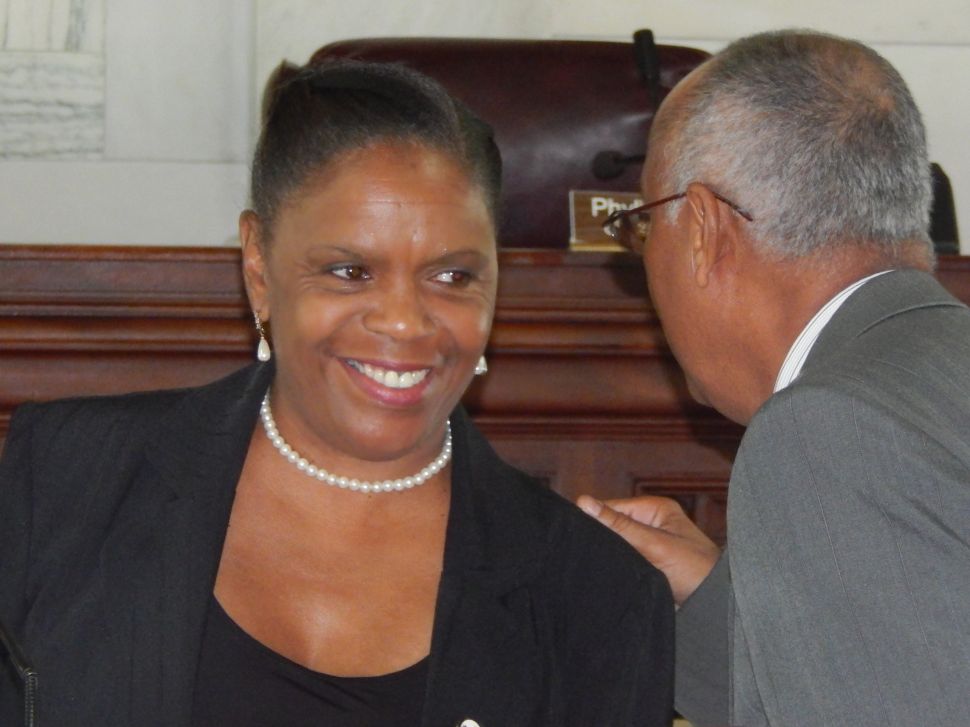