Good morning. It’s Tuesday in New Jersey, and we take a look at some of the political movers and shakers in the southern half of the state.

South Jersey’s 30 Most Influential Figures, Elected and Otherwise
George Norcross III – Norcross remains the Democrats’ lynchpin in South Jersey. From his sway within the party to his push to revitalize Camden, Norcross is still the preeminent power broker.
JT Aregood, PolitickerNJ Read More

Monmouth Poll: Trump and Carson Tied in Iowa
The Monmouth University Poll of likely Iowa Republican caucusgoers finds Ben Carson and Donald Trump tied for the top spot. This marks the first time since July 26 that a poll in any of the first four nominating states has not shown Trump with a nominal lead. Not surprisingly, given the top two contenders in the poll, most Iowa Republicans prefer someone without a traditional political pedigree. At this early stage, though, the vast majority of voters say their eventual support could go to one of several other candidates in spite of their current preference.
Politicker Staff, PolitickerNJ Read More

The Goldberg Supremacy
The purpose of this post is not simply to capitalize on the opportunity to create a Robert Ludlum-sounding headline, but to note a familial connection between two GOP candidates, one former and one current.
Max Pizarro, PolitickerNJ Read More

Hahn to Russomanno: ‘You Are a Disgrace’
They clashed in June in a battle for the local chairmanship that ended when Edison Policeman Keith Hahn partnered with Councilman Bob Diehl to stymie longtime party insider Anthony Russomano.
Max Pizarro, PolitickerNJ Read More

Bergen Freeholder Race: Libertarian Candidate on Reducing Spending
Peter Rohrman is a Libertarian. As a candidate for the seat Tom Sullivan currently holds on the Bergen County Board of Chosen Freeholders, he believes that his political affiliation is exactly what the county needs in order to move in a positive direction.
Alyana Alfaro, PolitickerNJ Read More

Changes in NJ car-seat law take effect Tuesday
North Jersey parents have always looked forward to a child’s first birthday. Not only is it a great milestone and cause for celebration, it was the point where the law allowed car seats to be flipped from rear-facing to forward-facing. As of Tuesday, that changes.
Kara Yorio, The Record Read More

Aron Discusses Christie’s Take on Lawlessness in America
Candidate Chris Christie has been campaigning against lawlessness — not in Newark, but in America. And blaming President Barack Obama for what he calls the president’s selective enforcement of drug and immigration laws. NJTV News Chief Political Correspondent Michael Aron discussed Gov. Christie’s new talking points and thathow Christie has started running a new ad campaign with lawlessness in America as the theme.
Michael Aron, NJTV Read More

Ex-U.S. attorney: Christie comparison of Clinton to Petraeus has ‘no merit’
Gov. Chris Christie has repeatedly said, as recently as Sunday, that Hillary Clinton should be prosecuted, in part, because she’s guilty of some of the same crimes that took down Gen. David Petraeus.
But Petraeus’ prosecutor disagrees.
Matt Arco, NJ.com Read More

With eye on local control, Newark officials push to speed up state evaluation process
City school officials are throwing their support behind a measure aims to speed up a evaluation process that could prove critical in determining just how soon Newark’s schools could emerge from two decades of state control.
Dan Ivers, NJ.com Read More

Rec director accused of hiring sex offender is being fired, Jersey City says
City officials say they have begun the process to terminate Ryan Strother, the city’s recreation director, who is accused of hiring a registered sex offender and not firing him when he found out about his past.
Terrence T. McDonald, The Jersey Journal Read More

The jurisdiction of local ethics complaints eyed
Last week, years after Lumberton’s Ethics Board went dormant, the township committee voted to make its demise official. With a unanimous vote, the board was abolished.
Jan Hefler, Philadelphia Inquirer Read more 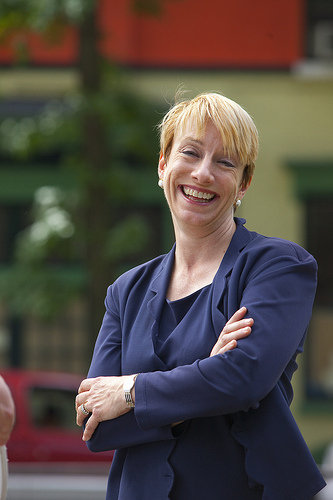