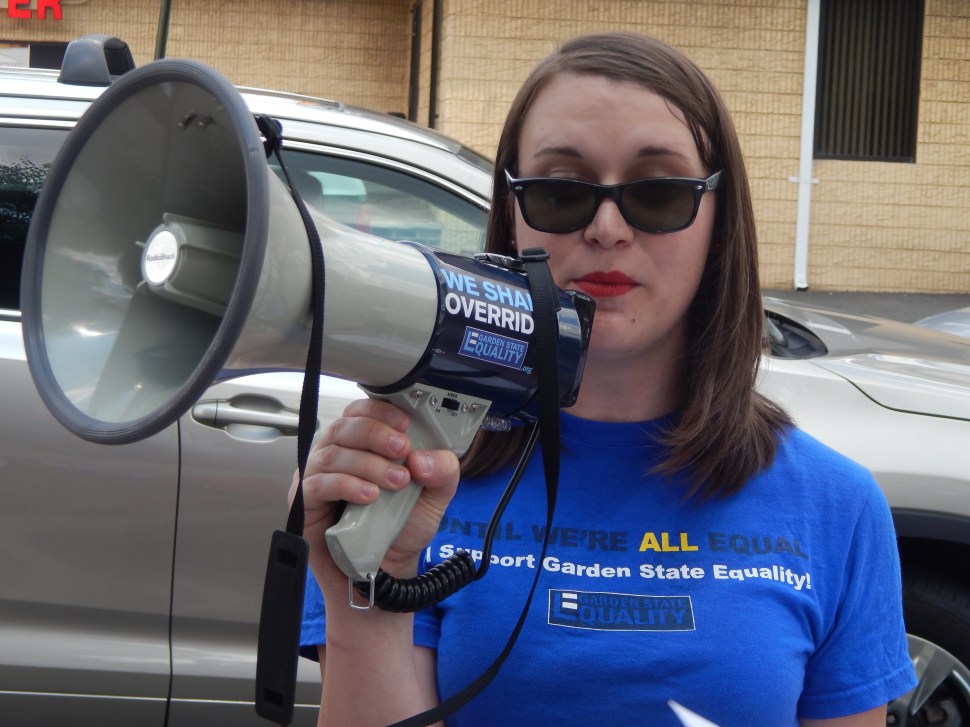 2.   Andrea “Andy” Bowen, 29, Executive Director of Garden State Equality. Bowen is a transgender advocate who was chosen to head the statewide LGBTQ advocacy organization in 2014. She is one of the first openly transgender executive directors of a statewide LGBT civil rights group.

3.   Phil Swibinski, 29, Consultant at Vision Media. Swibinski’s rise started with his father Paul’s legacy. The elder Swibinski was been involved in the Hudson County Democratic Organization for 30 years. Now, Phil is working to expand Vision Media’s campaign reach all over the state and to “integrate new technologies” like social media into client portfolios. Last year, he consulted on two of the most contested races in N.J.: The North Bergen Mayor’s race and District 20.

4.   Michael Makarski, 29, Consultant at Vision Media. Makarski is Swibinski’s partner at Vision Media. He has been with the firm since 2009. This year, the duo is working on campaigns in Paramus, Sayerville, Hoboken and East Hanover, among others. His start came organizing in high school. He ran and served on his local school board at age 21.

5.   Robert Field, 25, Aide to Jersey City Mayor Steven Fulop. Though Field is only 25, the current aide to rumored gubernatorial candidate Fulop has a solid history in New Jersey politics. Formerly, Field worked with the campaign to elect Bonnie Watson Coleman for Congress. He also worked on Marie Corfield’s campaign for Assembly in 2013 and on U.S. Senator Bob Menendez’s reelection campaign in 2012.

6.  Ryan Jacobs, 26 (will turn 27 on Monday), Communications Director for Jersey City Mayor Steve Fulop. Jacobs has been on Fulop’s staff for just shy of two weeks but, before joining the Mayor’s office, the 26-year-old was the Chief Speech writer for U.S. Transportation Secretary Anthony Foxx. For some, Jacobs’ appointment has further demonstrated that Fulop is gearing up for a 2017 gubernatorial run.

7.  Tim Hillman, 27, Advisor to U.S. Senator Bob Menendez. Hillman advises embattled Senator Menendez on environmental, energy, education and employment issues. He has been with the Senator’s office for over five years and joined the team shortly after his 2010 graduation from Fordham University.

9. Michael Fedorochko, 21, Worked as a policy intern on the Dagget for Governor campaign in 2009. Going into his senior year at Rutgers University. Graduate of Rutgers Prep. Currently a Senate Majority office staffer. Also serves as Vice Chairman of a technology startup. Mike travels the state with Senate President Sweeney and works closely with Mark Magyar on policy development.

10 .Thomas Scotton, 27, Graduate UNC, All ACC, nationally ranked top 25 College Wrestler, graduated Willingborow High School in 2006. Currently a Rutgers Graduate student. Tom works in the NJ Senate Majority Office and is a volunteer for the Hillary for America campaign. While just starting out, he is clearly a rising star.

11. Karim Aziz, 25, an all-purpose campaign operative, started his political career while working successfully on Joe Doria’s 2006 re-election campaign in Bayonne. Since then, he has turned is attention to beating vote goals in dozens of races in New Jersey and around the country. Notable wins include Governor, U.S. Senate, and various legislative races.

12. Daniel Carles, 28, Jersey-City born and bred, has worked on dozens of victorious New Jersey municipals dating back to 2005. He has been a mainstay of every statewide campaign in New Jersey since he was 16 years old. His field prowess was recognized in the surprise Pascrell primary victory in 2012, and he has worked on more races before the age of 30 than most operatives will in a lifetime.

13. Jen Holcomb, 29, has managed winning efforts up and down the ballot across the state. She was recognized for her fieldwork on Pascrell’s upset victory 2012. Since then she has worked on a number of statewide and state legislative IEs linked to Democratic victories in New Jersey.

14. Vin Gopal, 30 this past May, The classy Monmouth County Democratic Committee Chairman has deep party ties that extend around the State of New Jersey.

16. Katie Pudwill of North Dakota is the new Director of Communications for Republican Congressman Tom MacArthur.

17. Ron Filan is campaign manager for the campaign of Assemblyman Chris Brown in the second legislative district. The scrappy, hardworking Republican has been legit in the middle of LD1 and LD2 for the past several cycles.

21. Edgar Santillan, 25, has applied his background in scientific research to politics since 2010. A North Bergen native, he has worked
successfully on state leg and municipal races in Hudson, Union, and Atlantic counties.

24. Paulina Grabczak serves on the Advisory Board for the New Leaders Council in New Jersey. As a founding member, she is helping the chapter develop a strong framework to operate as an organization dedicated to providing rising leaders in the state with proper training, skills development, mentoring, and networking. She previously served as the Selection Chair. Grabczak received the
Progressive of the Year in New Jersey award in 2011. Prior to joining the Princeton Public Affairs Group in 2010, while obtaining her undergraduate career at Rutgers University, Grabczak re-founded Phi Sigma Pi, The National Honor Fraternity, and played a
key role in its growth by serving on the Executive Board of the organization.

25. Liz Mahn, 29, Research associate in the Senate Majority office staffing the Education and Labor committees. She is co-director of recruitment for the New Leaders Council. She formerly worked at NJ Office of Management and Budget as a Budget analyst. She is a graduate of Rutgers Bloustein school.

26. Brandon McCoy, 28, He is a policy analyst at the NJ Policy Perspective. He is a member of the New Leaders Council and serves as Director of Diversity. He is an adjunct professor at TCNJ.

30. Jasmine Currie, The well-liked daughter of Democratic State Chairman John Currie has emerged as a key Democratic operative in Passaic County who is talented in her own right.

31. Justin Shoham, 27, The Chief of Staff to Assemblyman Raj Mukherji and former Joe Cryan Chief of Staff and Pallone operative would likely be a fixture in City Hall if Mukherji were to succeed Fulop as Mayor of Jersey City.

32. Dinesh Suryawanshi, 27, An aide to U.S. Senator Cory Booker, he has emerged as a protégé of Booker Chief of Staff Mo Butler and, according to sources, is well-liked within the state’s burgeoning South Asian community.

33. Cosmo Cirillo, 28, The West New York Commissioner is a key aide to Assembly Speaker and HCDO Chair Vincent Prieto and is mentioned by some Hudson insiders as a future mayoral contender.

39. Henry de Koninck, 29, Schooled in Essex County politics, the Democratic Party operative has already been in the game for a decade. 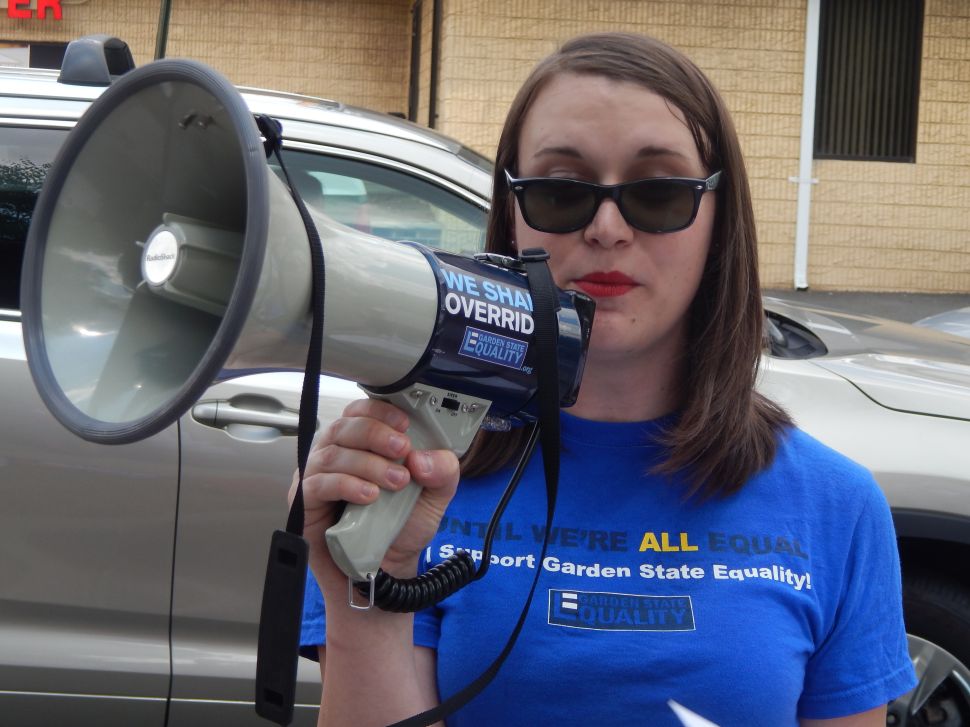