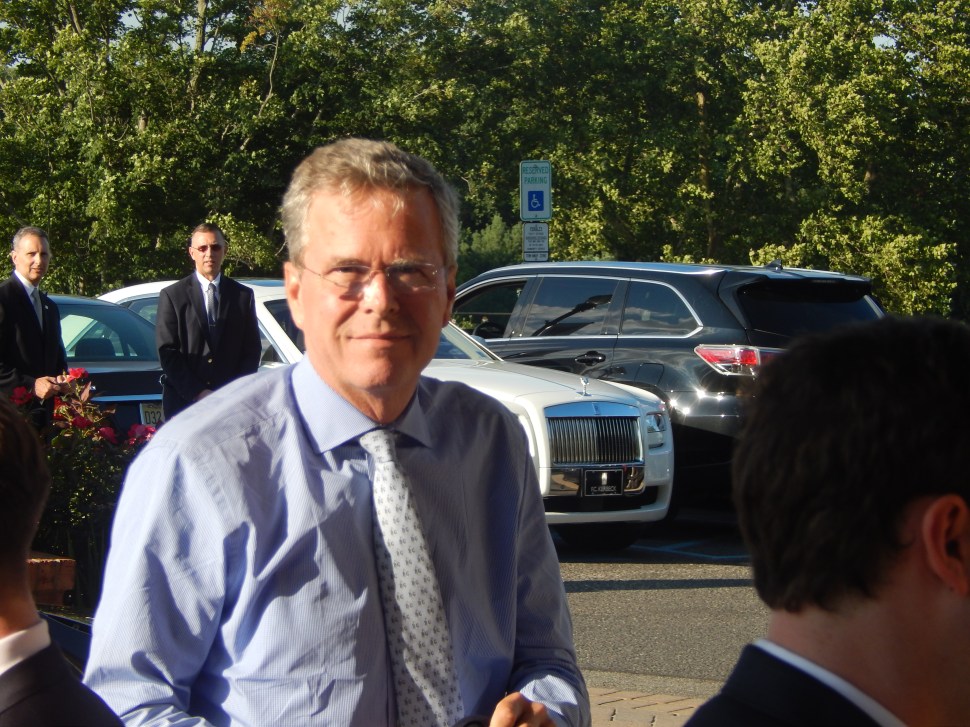 The attention of the political world is focused on the Republican Fox presidential debate in Cleveland on Thursday night, August 6. Its significance may be overrated, however. With each of the ten candidates having no more than ten minutes of speaking time, it’s unlikely that any of the candidates will achieve a significant breakout – unless one of the major candidates makes a momentous gaffe.

Aside from the debate, however, there are some early significant trends observable with regard to four of the GOP presidential candidates. These trends are 1) an emerging John Kasich; 2) a meteoric Donald Trump; 3) a falling Chris Christie; and 4) an entrenching Jeb Bush. Each of these trends will be discussed hereinafter separately.

Aside from presidential candidates in the past who previously served as vice president, John Kasich may have the most impressive presidential preparation resume in modern American political history. His knowledge of the federal budget and our national defense posture is encyclopedic, due to his service as chair of the Budget Committee and membership on the Armed Services Committee during his tenure as a member of the Ohio delegation in the U.S. House of Representatives. As governor of Ohio, Kasich has been a model of executive competence.

Accordingly, it is small wonder that during just the first two weeks in his campaign, Kasich’s standing in the polls and his fundraising have advanced rapidly. The problem Kasich has is that he is appealing to the same center-right constituency as Jeb Bush. And Jeb was in the race much earlier than Kasich – and is likely to retain a huge financial and organizational advantage.

The rise of Donald Trump in terms of his relative stature in the GOP presidential field has been meteoric. Likewise, his fall will be meteoric as well. I believe that Trump is a meteor who has reached his political apogee.

The highly reliable Monmouth Poll (sorry, Chris Christie) ranks Trump as the current GOP leader in the field with 26 percent. The Donald may well retain this percentage of the GOP electorate. His percentage will not rise, however. As GOP candidates currently polling in single digits leave the field, their supporters in forthcoming primaries will not vote for Trump, but instead will cast their ballots for GOP center-right candidates like Jeb Bush and John Kasich.

Trump’s message is focused on immigration. While he does talk about other issues, such as infrastructure, his appeal is intended to arouse the xenophobia of that sector of the GOP I have labeled as the misanthropic right, as distinguished from the movement conservatives, who by and large support the presidential campaign of Wisconsin Governor Scott Walker.

Just as George Wallace’s 1972 Democratic primary campaign was an appeal to racist Democrats, the 2016 Donald Trump campaign is an appeal to nativist Republicans. Racist Democrats, however, did not comprise a majority of the Democratic electorate in 1972, and nativist Republicans do not comprise a majority of the GOP electorate in 2016.

A majority of the GOP voters nationwide are from the center-right sector of the party. These center-right Republicans do not have to worry about the possibility of Donald Trump winning their party’s presidential nomination. Instead, their concern should be whether Trump will run as an independent presidential candidate in the 2016 general election.

New Jersey Governor Chris Christie is now in ninth place in the polls among the GOP presidential candidates, polling approximately three percent. I’m not surprised. Two events have sealed his fate: 1) his embrace of President Barack Obama on his Sandy tour during the final weeks of the 2012 presidential campaign, which pleased Democrats, alienated rank and file Republicans, and gave the highly partisan Barack Obama an unwarranted image of bipartisanship, significantly contributing to his reelection; and 2) his reappointment in 2014 of Stuart Rabner, one of America’s leading liberal jurists as Chief Justice of the New Jersey Supreme Court, an action which totally eliminated any possibility of his attracting support of movement conservatives for his White House bid.

I have long suspected that Christie’s embrace of Obama was intended by him to enhance Obama’s reelection prospects. The most significant aspect of Chris Christie’s character is overweening ambition. I have no doubt that the last thing he wanted was a two term Mitt Romney – Paul Ryan administration. Ryan would have been the heir apparent to Mitt, and this would have foreclosed all possibility of Christie ever winning the Oval Office.

Still, Christie’s political players continued to voice optimism for his increasingly quixotic presidential campaign, based on two scenarios that are no longer even remotely possible.

The first scenario was that Christie would attract the lion’s share of campaign media attention due to the strength of his personality. The entry of Donald Trump into the race eliminated that scenario. Chris Christie is not going to prevail over Donald Trump in the larger-than-life department.

The second scenario was that Christie would gain the support of center-right Republicans if Jeb Bush were to falter. I don’t think Jeb’s candidacy will founder, but if it does, the clear inheritor of the center-right will be John Kasich and not Chris Christie. Kasich has a stellar gubernatorial record, while the Christie gubernatorial record has more baggage than an Allied Van Lines truck. Kasich has no Bridgegate, no anemic economy, no insolvent Transportation Trust Fund, no Hudson tunnel crisis, and no fiscally plagued pension fund. Given the contrast in these two gubernatorial records, anybody who thinks that Christie could prevail over Kasich in a battle for the center-right is self-delusional.

Christie may give a good debate performance in Cleveland on Thursday night, but it doesn’t matter. He will return to New Jersey after the New Hampshire primary, and he will spend the last two years of his administration deferring to his Democratic successor the task of solving the state’s nightmarish problems, while seeking to reward his acolytes and punish his critics. He will leave behind the legacy of a Republican brand in New Jersey destroyed for at least the next decade.

Forget about the polls. Jeb Bush will win the GOP presidential nomination if he retains the allegiance of the GOP center-right.

That is the focus of Jeb’s campaign right now. He is in the process of entrenchment , by building an insurmountable financial and organizational advantage that will enable him to thwart any challenge from John Kasich for the support of the center-right.

I think Jeb will continue to have the allegiance of the center- right and win the GOP presidential nomination. His ideal running mate would be none other than John Kasich. To win the White House in 2016, the GOP presidential campaign must win both Florida and Ohio. A ticket with Jeb, the former governor of Florida and Kasich, the present governor of Ohio would have an excellent chance of doing just that.

Keep your focus on Jeb Bush and John Kasich at the Cleveland debate on Thursday night. 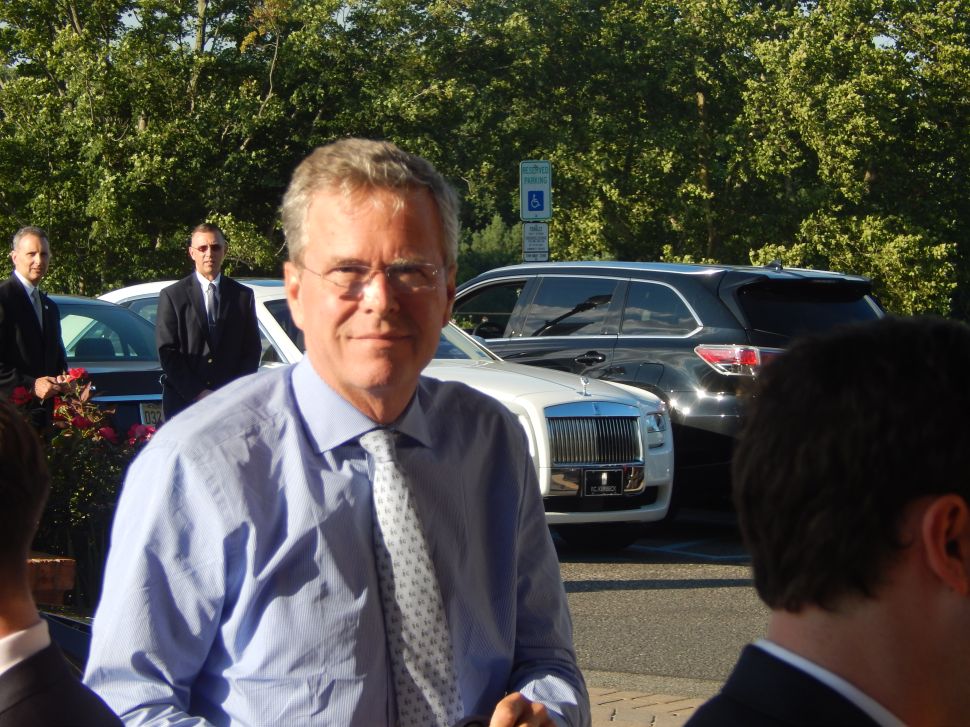