Though not meriting inclusion in Webster’s, there’s a word for death announcements that publicly kill off celebrities before their time: Vigodaed. The verb derives from a 1982 article in People Magazine, which mistakenly offed “the late” Abe Vigoda, the jowly character actor best known for playing Detective Fish on Barney Miller and Sal Tessio in The Godfather.

Mr. Vigoda, whose movie career was on life support at the time of his reported demise, tried to quash the rumor. He placed a full-page ad in Variety, posing in a coffin while reading People. But Vigoda nevertheless became an icon for the walking dead and a frequent punch line for comedians. Stand-up comic Jeff Ross, for instance, once quipped during a televised roast of Drew Carey: “Drew, you go to Vegas, what’s the over-under on Abe Vigoda?” The Web site www.abevigoda.com, meanwhile, serves as a constant digital vigil for the 94-year-old actor, who still lives in Manhattan.

Far brighter luminaries swell the ranks of the vigodaed; world leaders, acclaimed authors and celebrated philosophers have all survived death sentences. Some victims shrug off the grim news with self-deprecation, others seize the chance for renewed attention, still others grieve over their prospective legacy. Aside from sloppy reporting, causes for the gaffes include mistaken identity, hoaxes, a near miss with death and the demise of an imposter.

Last year, People magazine posted an obituary for the great Kirk Douglas. The 98-year-old actor remains alive however; he just made news by announcing a $50 million in charitable gifts to Sinai Temple, as well as his alma mater, St. Lawrence University. People, like many publications, prepares advance obituaries of many distinguished figures and somehow pulled the trigger too early.

Steve Jobs experienced a similar early goodbye on August 27, 2008, more than three years before Apple’s CEO actually passed away from pancreatic cancer. The 17-page homage to Apple’s “Arbiter of Cool Technology” was on Bloomberg’s wire for less than a minute before being retracted. That was long enough. In a stunning display of the Internet’s power to instantaneously disseminate news–and misinformation—the 2008 “death” of Jobs made news worldwide.

Days after his premature obituary, Jobs appeared in San Francisco to unveil a new iPod and to silence gossip about his health. Jobs stood in front of a giant screen that flashed one of Mark Twain’s most enduring quotes: “The reports of my death are greatly exaggerated.”

The story goes that Twain came up with that rejoinder after the New York Journal ran his obituary in 1897. But that’s a slight exaggeration. At the time, Twain was bankrupt and living quietly in London.

The editor of the New York Journal heard that the humorist might have passed away and dispatched his London correspondent to find out. “If Mark Twain dying in poverty, in London, send 500 words,” read the reporter’s assignment. “If Mark Twain has died in poverty send 1,000 words.”

In fact, Twain’s cousin, also living in London, had suffered a serious illness but recovered. “The report of my illness grew out of his illness; the report of my death was an exaggeration,” Twain wrote to the Journal’s editor. Twain later punched up the line for posterity.

A decade later, The New York Times reported that Twain disappeared at sea while yachting from Virginia to New York. But Twain landed safely and issued a wry statement: “I will make an exhaustive investigation of this report that I have been lost at sea. If there is any foundation for the report, I will at once apprise the anxious public. I sincerely hope that there is no foundation for the report, and I also hope that judgment will be suspended until I ascertain the true state of affairs.”

Longtime Hollywood publicist Richard Lewis deems premature obituaries “great opportunities.” Aging stars, in particular, should embrace being newsworthy no matter the reason, says Mr. Lewis. He counsels the undead to quickly defuse any scuttlebutt by appearing on TV talk shows, as well as posting a proof-of-life video on YouTube. “If you are in good health, take a swim like Mao,” jokes Mr. Lewis, referring to the 1966 dip that the 72-year old Mao took in the Yangtze River to show rivals inside and outside China that he retained the vigor to clench his iron fist.

Not everyone considers an erroneous obituary as a blessing. In 1940, Marcus Garvey, the controversial Black activist who promoted Panafricanism, survived a serious stroke in London. Yet he was written off for dead in America. The Chicago Defender belittled Garvey as “broke and unpopular.” As recounted in Negro with a Hat: The Rise and Fall of Marcus Garvey by Colin Grant, the scathing obituaries put the proverbial nail in Garvey’s coffin. “Reading through the damning accounts, written by former friends and enemies, Garvey had suffered another massive stroke; he died two weeks later.”

A brutal review of Alfred Nobel’s life disturbed, but did not defeat, the inventor of dynamite. In 1888, a French newspaper published an obituary of Nobel headlined “The Merchant of Death Is Dead.” The newspaper confused Alfred with his brother Ludwig, who had died in France from heart disease. “This label shocked and saddened Alfred,” writes Michael Evlanoff and Marjorie Fluor in Alfred Nobel: The Loneliest Millionaire. Many scholars credit the premature obituary as partly influencing Nobel to establish his eponymous prizes.

News that he had died “devastated” songwriter Paul Vance, who co-wrote the beach blanket anthem “Itsy Bitsy Teenie Weenie Yellow Polka Dot Bikini,” among other hits. In 2006, the News Times, a newspaper in Danbury, Connecticut reported that Mr. Vance bopped no longer. The AP then picked up the story. But Paul Van Valkenburgh, a former painting contractor from Connecticut who long masqueraded as Vance, had actually died. The real Mr. Vance fielded phone calls from many grieving mourners. “Every phone in my house started to ring,” recounted Mr. Vance, 85. “My cell phone started ringing. ‘Grandpa, Grandpa, are you okay? The man on television said you were dead. Oh Grandpa, I’m so glad you’re alive.’”

Mr. Vance considered suing the AP but settled for a retraction. He remains alarmed by the lack of fact-checking by the press. “Before running an obit, check out the facts,” Vance said from his home in Florida. “Like the main line in the television show Dragnet: ‘Nothing but the facts, Sir, nothing but the facts.’”

Most victims of premature obituaries can blame slipshod reporting for the blunders, but the mistakes are at least, honest ones. Philosopher Bertrand Russell contended with more sinister behavior. In 1920, after surviving a nasty bout of pneumonia while in China, Japanese correspondents pestered Russell’s future wife, Dora Black, with requests to interview the convalescing philosopher. “At last she became a little curt with them, so they caused the Japanese newspapers to say that I was dead,” recalled Russell in his autobiography.

But the renowned pacifist exacted his revenge. When his health improved a bit, Russell stopped in Japan for a lecture. Local journalists again demanded interviews. Russell replied by having Dora pass out printed announcements: “Since Mr. Russell is dead, he cannot be interviewed.”

An earlier version of this article appeared in Obit Magazine. 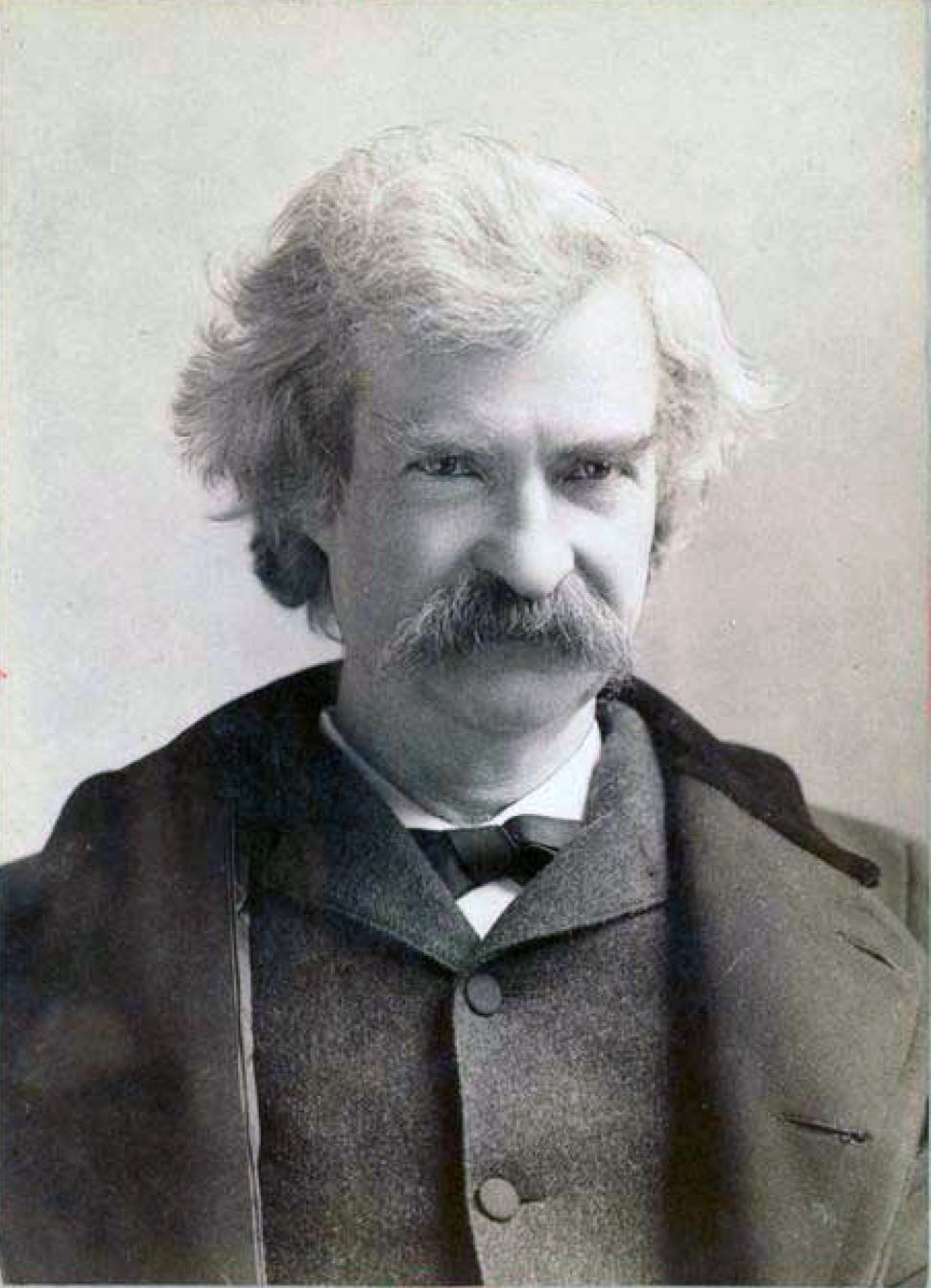