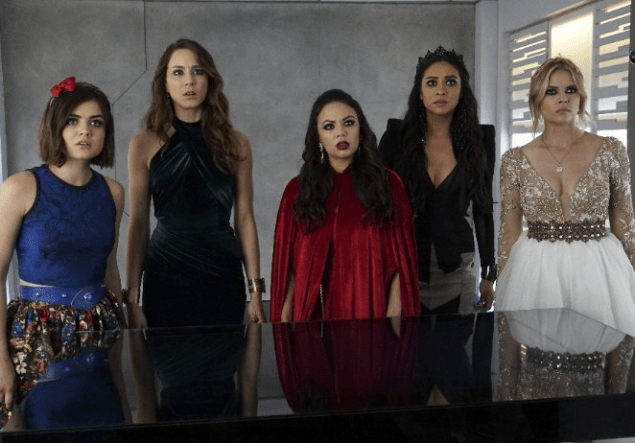 Okay, there’s no actual secret underground bunker in which Vanessa Ray has been hiding since she was revealed as Pretty Little Liars’ masked antagonist ‘A.’ But such is the age of obsessive fandom crossed with the intense wording of a press release. In that release ABC announced today that Ms. Ray will appear at Disney’s D23 Expo in Anaheim, California on August 15.

Oh, sorry, they announced that Ms. Ray will “MAKE HER FIRST PUBLIC APPEARANCE” at Disney’s D23 Expo in Anaheim, California.

What strange wording. It’s like a celebrity giving their first interview after a murder accusation. Ms. Ray has been an actress since 2003, recurring on shows ranging from Damages to Suits to Blue Bloods. The headline isn’t that this is her “first public appearance.” This is her “first public appearance after that season finale everyone hated, we know we fucked up and we’re sorry. We finally feel safe enough to unlock the titanium cage underneath Disney Land we’ve been keeping her in for safety.”

Look, Pretty Little Liars exists so far out of my wheelhouse that I’d need binoculars to even watch it. But I’ve been writing about TV on the internet long enough to learn two things: 1) Do not mention you love the LOST finale and 2) DO NOT piss off the ABC Family crowd. They’re passionate to the point of being terrifying at times, and that demographic basically owns social media. And judging by pretty much all facets of social media, Pretty Little Liars‘ fans were less than pleased with Ms. Ray’s CeCe Drake also being ‘A.’

So if ABC is going to market this as Ms. Ray’s FIRST PUBLIC APPEARANCE, then I’m going to picture the ABC Family version of Cersei’s Walk of Shame from Game of Thrones.

If you’re still interested in ABC Family’s portion of D23, there will also be appearances by the stars of Young & Hungry, The Fosters, Switched at Birth, Stitchers, and Baby Daddy. Any tomatoes you wish to throw can be purchased at the market down the road.*

*not actually part of the press release. 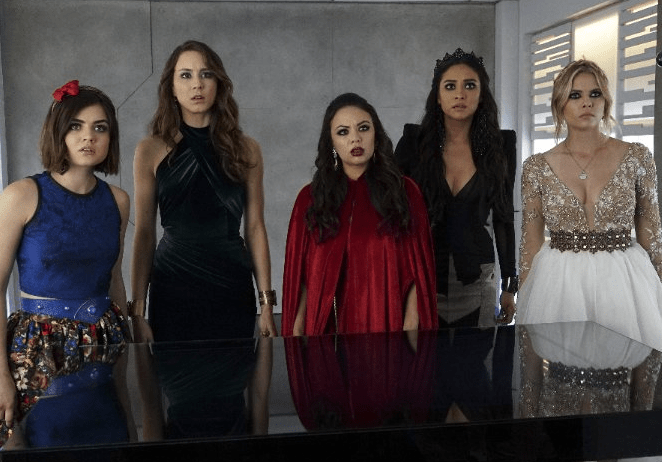