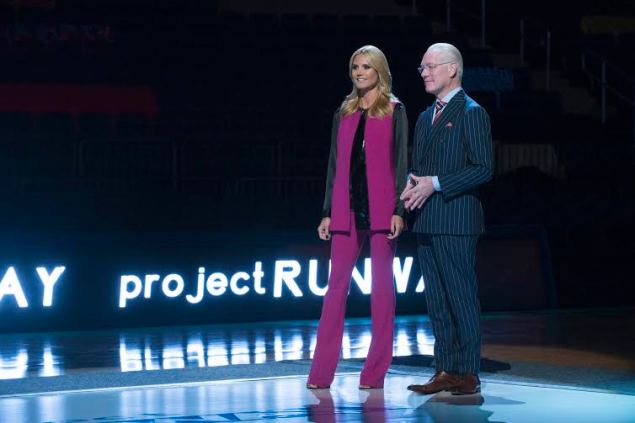 They’ve made clothes out of things found at a recycling center, a candy store and using only newspaper. They’ve designed outfits for men, women, and children as well as female wrestlers and drag queens.

Now, as Project Runway is set to launch its 14th cycle, no one knows what’s store for the designers, well except those behind the scenes who plan out the challenges that will test their both their creative and execution skills.

The series continued popularity and longevity prove that it’s still a force for those involved in fashion and those who simply love to watch the designers create and compete. “I think it’s still so popular after all this time because at the end of the day it’s a positive show. You feel good about watching it because you’re watching people follow their dreams and everyone can relate to that,” says Sara Rea, Executive Producer of the Project Runway. “Even though this is the 14th season, every season there are 16 new faces that come into this and their journey is unique. That’s what keeps it interesting and fresh. And then you have the clothes – you’re looking at new points of view, new inspiration and new designs. I really think that’s why people stick around – the stories of the designers and the designs that they come up with.”

Creating those unique challenges is a task that Rea and her team don’t take lightly. “We definitely feel the pressure to give the audience exciting new challenges every season that are interesting and that put a lot of pressure on the designers,” explains Rea. “At this point, the designers have all seen the show so we have to really come up with things that will catch them off-guard.  We can’t be predicable in any way, so we have to take some risks as producers to make this all work.” She points out that the designers are really the main focus when crafting the challenges, and not for the reasons that might seem obvious. “We work hard to come up with things that will inspire the designers and that make sense in the fashion world but our number one goal is to set them up for success. We don’t want them to fail because when it’s all over we’re only as good as that runway show. We’re not making it easy for them but we want to make sure that we’re not totally screwing with them and we’re giving them a chance to succeed.”

Those challenges certainly appear difficult to viewers, but Rea insists that they’re actually much harder than they seem. “I think people really underestimate just how hard the challenges really are. Many of the designers come in and after like three challenges they start to say, ‘oh my God, it’s so much difficult than I thought.’ You can never prepare for it. The people that are the most able to adapt to the environment and the speed and the pressure succeed. This whole process is really a microcosm of the fashion industry in that as a designer the pressure is enormous and you’re constantly getting critiqued. This show is orchestrated to have a lot of parallels with the fashion industry.”

Of all the challenges she’s produced, Rea can immediately identify her favorite. “Oh, it’s absolutely the ‘Rainway,’” she says without hesitation. “That’s the one where we had the whole runway show in a production generated rain shower,” she explains. “That’s my favorite because it did a lot of things at one time – from a production standpoint it was a huge undertaking and it pushed the designers to think in a different way and it was visually amazing. The winning designer created a dress that changed colors in the rain. That challenge is what this show is all about – innovation and thinking differently. I was so proud of our production team for being able to pull it off and I was so proud of the designers for responding in such a magnificent way. Just like the winning designer, behind the scenes we were biting our nails hoping that it would work and it just came out beautifully.” (The Rainway was featured in Season 13’s eighth episode.)

Speaking specifically about this season, Rea takes quick breath and laughs as she says, “Well, to sum it up – it’s fucking nuts! Honestly, it’s a big roller coaster ride. Every challenge is fascinating and the outcomes are so unpredictable. [Mentor] Tim [Gun] was literally pulling his hair out at some points, and I mean that in the truest sense of the word. There are some great clashes and some amazing designs and it’s all just a really fun, wild ride.”

Giving just a little bit more scoop about what’s coming up, Rea reveals, “We have a really fun show where we do crew make-overs and for that one our judging panel includes Shiri Appleby and Constance Zimmer from [Lifetime’s other hit show] UnREAL.”

Due to the continued success of the series, Rea feels there is room to break from tradition on the series a bit. “I think 14 seasons in we’ve earned the right to break a few rules and push the boundaries. We like to get the designers out of their element whenever we can, so this season, let’s just add here that they may or may not have something going with paintball guns.”

Rea admits that her role as EP on the show has in no way aided her ability to spot fashion trends. “I am continually surprised at what goes down in nearly every episode.” She chuckles as she says, “It’s kind of hilarious when I try to predict the winners. My running joke with the judges is that I just say to them, ‘I know I’m wrong so just tell me –  who’s in the top and who’s in the bottom.’ This is precisely why I’m not in the fashion industry. They explain  how they make their decisions and it makes sense but I just can’t see it like that for myself. So, I’m right there with the viewers in terms of that aspect of the show.”

After all these years of producing the show, Rea hasn’t lost any of her affection for working on the series, admitting, “I’m always surprised that 16 new designers pop up every year. I don’t know where they come from but thank God they do because I love doing this. Every season has its own vibe and personality and it’s just as fresh and new to me as when I first started working on it and I love making it every season. I’ll do it as long as viewers want it and I can do it.”

While Rea’s excited that the series is still riding high, she is a bit dismayed about one aspect of the show. “I think there’s a misconception that the designers coming out of the show aren’t successful and that’s not true – obviously they don’t get a record deal and become instantly famous like on some other competition shows, but they do become very successful in this industry.  Many people think that only Christian Soriano (4th season winner) is doing well and he is probably the most successful, but many of them are quite successful in their own right. Mondo (Guerra, season eight first runner up) had like 14 dollars when he started on the show and now he’s making a wonderful living as a designer.  Fashion is a very tough industry and through this show these designers get to become part of the industry in a way that they never would have without the show.  These designers really are succeeding and doing their thing. A huge majority of them are doing very well and I just want people to be aware of that.”

Those who succeed on the show have to use many different skills and can’t simply rely on sheer talent to pull them through, says Rea. “There are a lot of elements involved here and the designers have to be judicious about things like time management and allocation of resources and things like that. It’s really a reflection of any business when you think about it, but in this setting we get to watch these people handle all of that. Sometimes they do it well and sometimes they don’t, but in the end we get invested in the designers for who they are and what they’re trying to accomplish. I think that no matter what industry you’re in, you can relate to them and their struggles and that’s why we root for them to succeed. All of this is what makes Project Runway so compelling and just plain fun to watch.”

Season 14 of Project Runway premieres Thursday at 9/8c on Lifetime.

The prequel to the series, Road to the Runway, is now available on Yahoo! 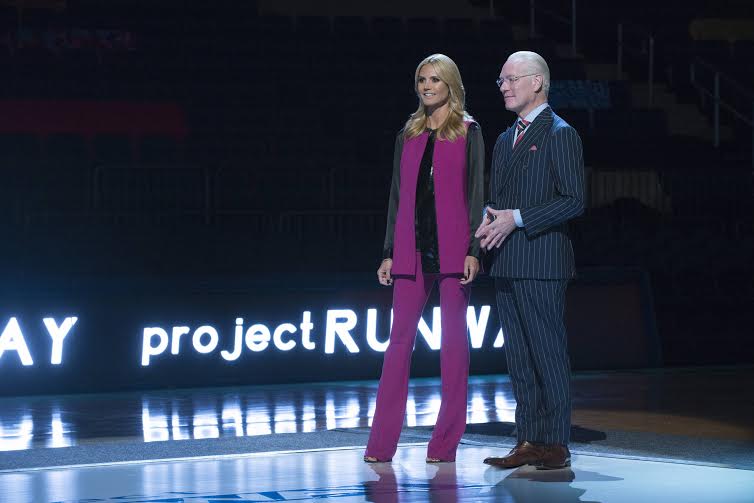