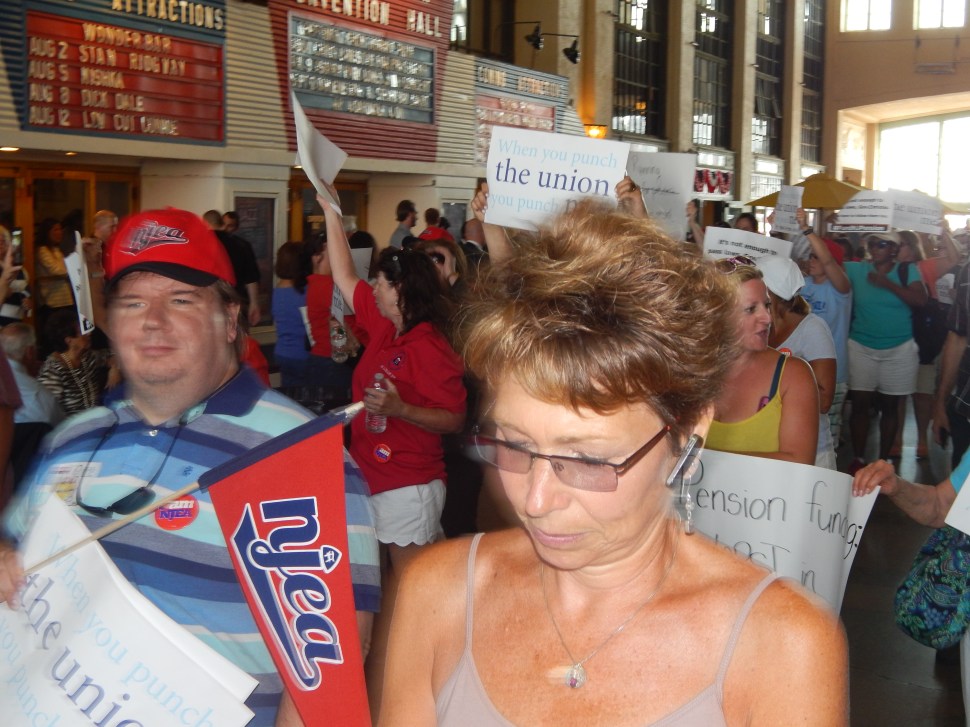 “Hey hey, ho ho, Chris Christie has got to go,” yelled the red T-shirted crowd of Communications Workers of America (CWA) and New Jersey Education Association (NJEA) allies as they tramped through the hall. 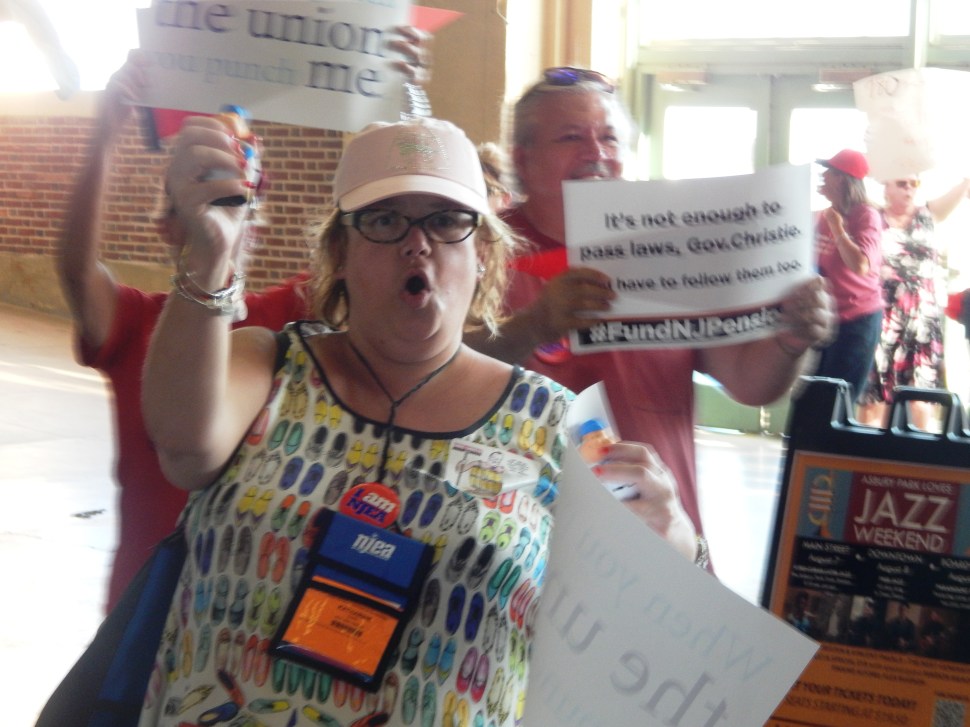 “Gov Christie you never came down to Ortley Beach to see how people’s homes were destroyed,” a man yelled into a megaphone. 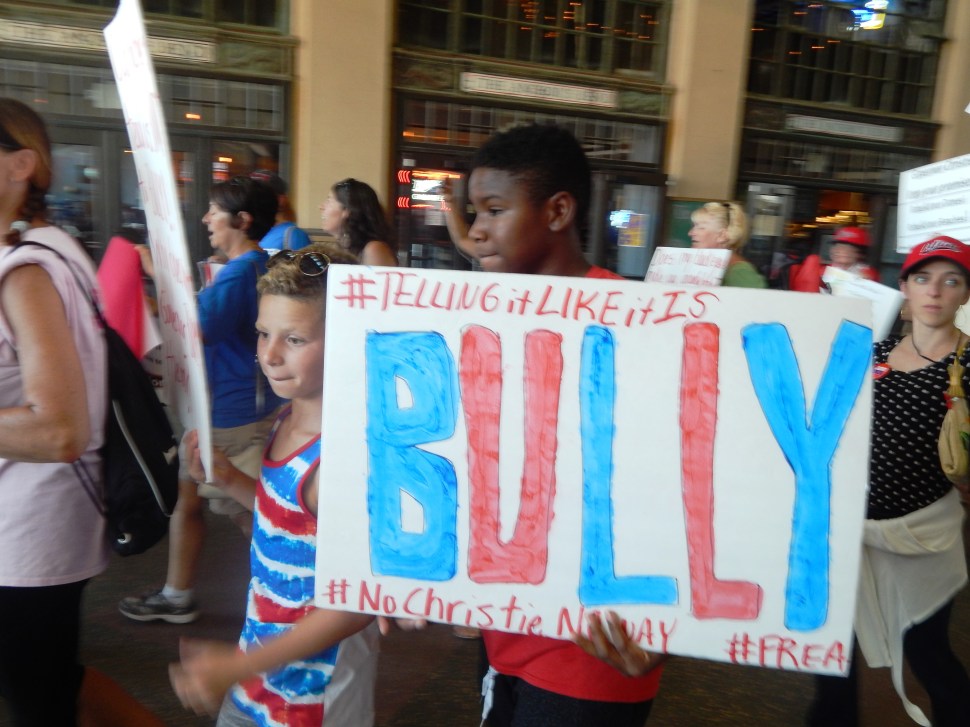 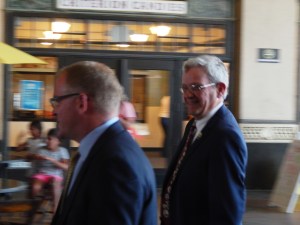 “Individuals who work hard and play by the rules should be able to earn a living and care for their families,” said Phyllis Salowe-Kay, executive director of New Jersey Citizen Action. “By opposing paid sick leave, Governor Christie is continuing to force people in New Jersey to choose between working while they are sick – and possibly infecting others – and paying their bills.”

There was some protester-fundraiser heel-to-toe action as the likes of former Assemblyman Dick Kamin, a Christie backer pictured at right, hot stepped it into the big, high-ceilinged room on his way into the event amid sign-shaking and bullhorn-powered labor backers. 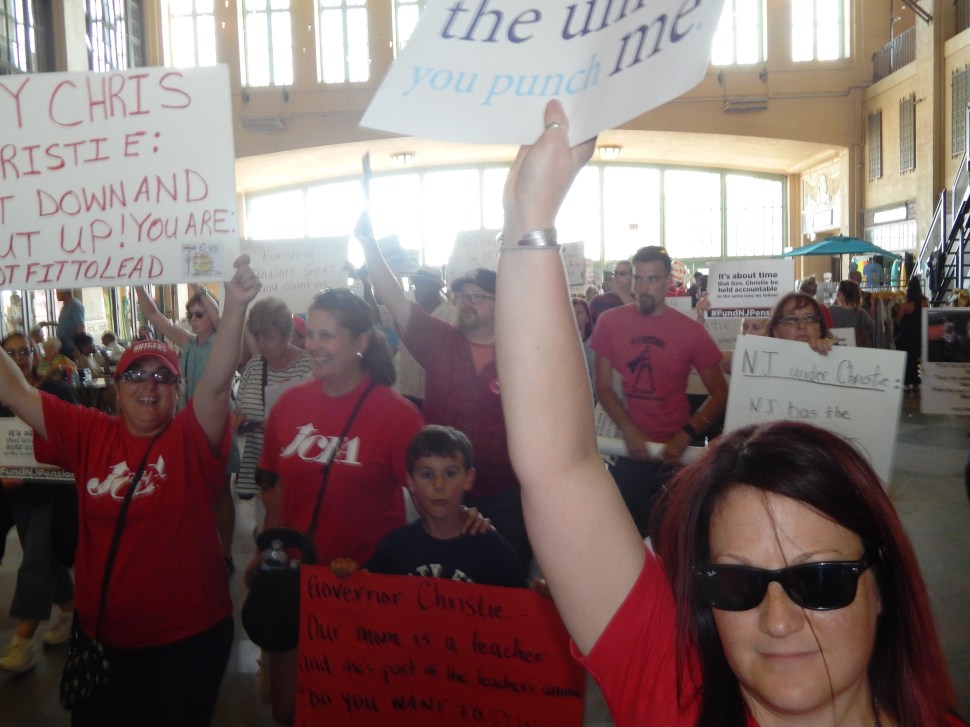 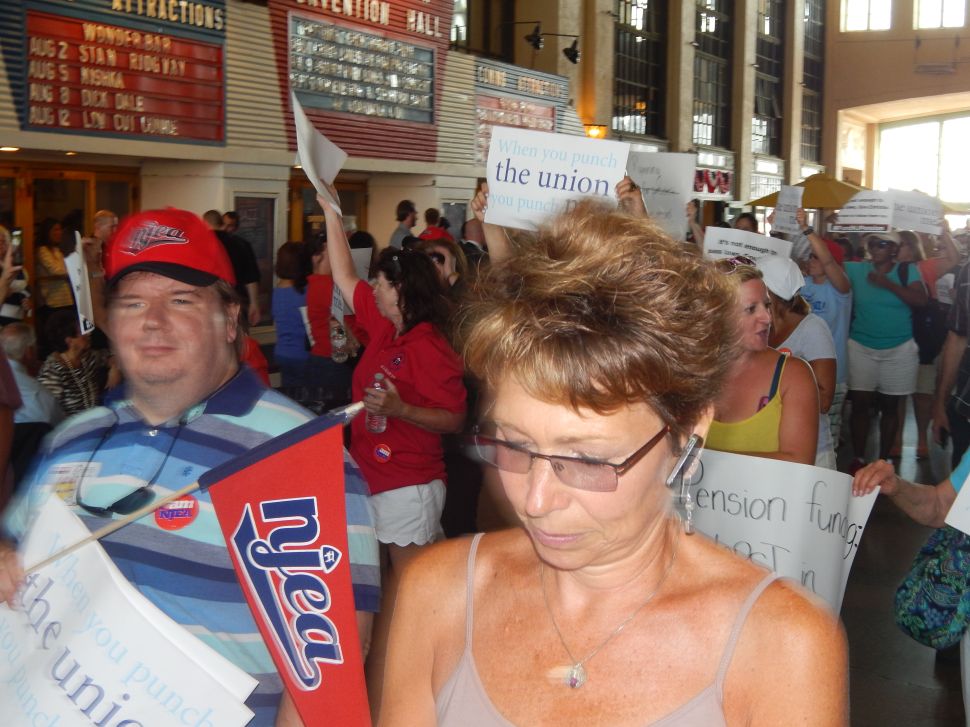