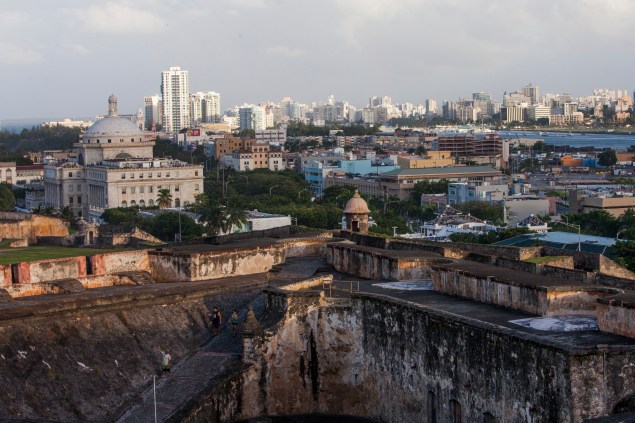 Old San Juan, the center for Puerto Rican tourism, is viewed on November 12, 2013 in San Juan, Puerto Rico. The island territory of the United States, Puerto Rico, is on the brink of a debt crisis as lending has skyrocketed in the last decade as the government has been issuing municipal bonds. (Photo: Christopher Gregory/Getty Images)

Last week, Puerto Rico defaulted on a $58 million bond payment, the first piece of a $72 billion debt. The island’s governor, Alejandro García Padilla, has called the total debt “unpayable.” Puerto Rico’s public debt is approximately 99 percent of its gross domestic product, compared to about 6.5 percent for the typical state.

How did Puerto Rico get itself into this mess? With lots of help. It probably started with the passage by the United States Congress of what is generally known as the Jones Act, or the U.S. Merchant Marine Act of 1920. The Act was intended to prop up the nation’s merchant marine, and it did so by prohibiting the shipping of goods between any two U.S. ports on any vessel not flying the American flag. That means the ships had to have been built in the United States and crewed by all-American crews.

In Puerto Rico, we have our own little Greek drama.

The impact on Puerto Rico was significant: anything being shipped to the Island from the United States cost far more than it had to, and more than it did along the Eastern seaboard of the U.S. or even in other Caribbean islands. This affected cars, food, medicine, consumer goods, and oil and gas. How much more did it cost? Often twice as much. One estimate was that between 1920 and 2015, the increased costs totaled about $76 billion. Or exactly the size of Puerto Rico’s debt. The fact that the American merchant fleet is relatively tiny—not one American-owned shipping company is in the top 10 worldwide—underscores the cost differential in trying to maintain an American fleet paying American wages.

It is estimated that just to pay the $5 billion in principal and interest payments due this year, each of Puerto Rico’s 3.6 million residents would have to pay $1,400, or about 9 percent of the nation’s per-capita income. The holders of this debt include some of the largest hedge funds in America; not surprisingly, they want to be paid.

Meanwhile, the U.S. bankruptcy code prevents states and commonwealths (like Puerto Rico) from utilizing Chapter 9 and restructuring the debt.

The fairest solution seems to be for everyone to get a haircut. Congress should not simply bail out the profligate political representatives who perpetuated a spend-as-we-wish policy for years. Nor should it merely forgive voters—and yes, many are now pensioners—who year-after-year re-elected these irresponsible leaders. And to the hedge funds that enjoyed above-average bond interest rates, we say, “You paid your money and you took your chances; we’re not bailing you out.”

Everyone who participated in this sordid mess needs to pay. It won’t be easy or pretty to sort this out. But we have our own little Greek drama, and there are no heroes. And while Congress and the financial community point fingers at each other, they can do one more thing: they can repeal the Jones Act. It is corporate welfare at its worst. 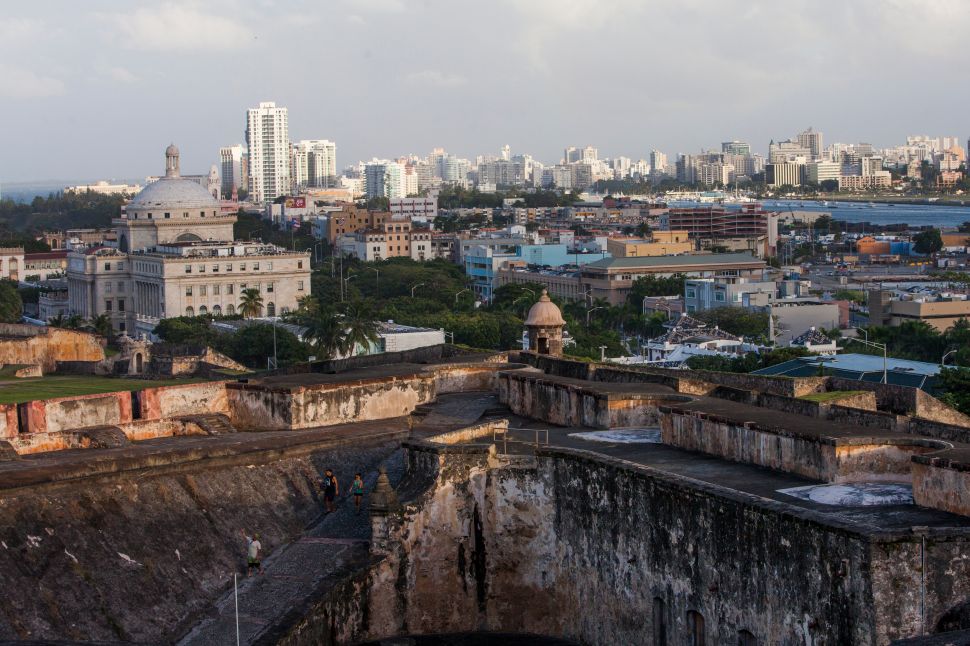